Jazz Women of New York is a new all-woman band conceived by vocalist Lee Torchia. The core group is pianist Jill McManus, saxophonist and flutist Carol Sudhalter, and bassist Melissa Slocum, with occasional subs from the female side of NY jazz.

The group arose from a shared desire to prove that women in jazz are a force to be reckoned with. Each member is a leader and has played with a who's who of classic swing era and bop musicians. Bringing their lifetime experiences to this new platform, the group plays standards from the American songbook such as "Let's Fall in Love," jazz classics such as Monk's "Straight No Chaser" and Charlie Parker's "Confirmation," originals and multicultural jazz fusion.

Pianist McManus has performed with Tom Harrell, Joe Lovano, Pepper Adams, Frank Wess, Richard Davis and others. Her album Symbols of Hopi (***** in Down Beat), with Dave Liebman, Harrell and others, contains adaptations of Hopi Indian chants with her unique jazz style.

Carol Sudhalter, best known for her lusty and yet poetic baritone sax sound, also plays tenor and lively flute. With many albums to her credit, Carol was Top-10 flutist in the 2012 Down Beat Readers' Poll.

Melissa Slocum, long-time bassist for the hit Broadway show Phantom of the Opera, has played with an impressive list of leaders that includes Art Blakey, Clark Terry, Woody Shaw and Hank Jones, among others.

Jazz Women of New York is available for bookings during Women's Jazz Month, in March 2017, and for other performances and parties. These female artists play with fire, warmth and sophistication and are ready to delight listeners in New York venues. Come prepared to enjoy.

Click here for short video presentation of the group. 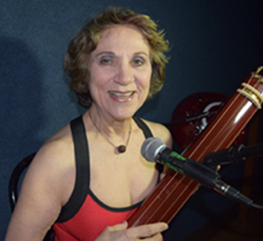 Lee Torchia's CD, Loverman: A Tribute to Billie Holiday, features Ram Ramirez, Milt Hinton, Mel Lewis, and Ricky Ford. She has performed with many jazz greats including Walter Bishop, Jr., Slide Hampton and Richard Muhal Abrams. Lee heard the call of Woodstock and became a 20-year disciple of the North Indian Classical Raga singer Pandit Pran Nath, traveling often to India. She has performed raga widely in U.S., was adjunct faculty in Raga Vocal at the New School Jazz Department, and was feature singer for the final hour of WKCR's "24-Hour Raga Live Festival in 2013. Lee has combined these two classical forms to create the fusion she calls JazzRaga. Lee is a recipient of a NEA Grant and is currently producing and performing on her NYC MNN Cable Television Show: "Lee Torchia Sings" Mondays @2:30 pm. Visit www.jazzraga.com. 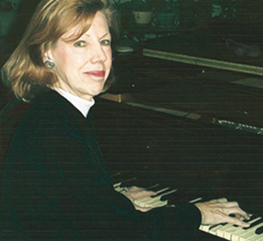 Pianist and composer Jill McManus studied with Roland Hanna, and led the path-breaking all-female group the Jazz Sisters. She had her own groups at such clubs as Sweet Basil and Seventh Avenue South, and played in duo with top bassists at Bradley's, the WPA, Garvin's, and many more, most recently, at Sofia's in the Hotel Edison for over 15 years. She recorded her first album, As One, with Richard Davis in 1977. From 1981, she worked with the Pepper Adam's Quartet, and with Frank Wess, and taught for a decade at Mannes College of Music's Extension Division, and privately. Collaborating with two Hopi Indian song-composers in Arizona, she blended their chants with jazz for the album Symbols of Hopi (Concord Records, 1983) with Dave Liebman, Tom Harrell, Marc Johnson, and Billy Hart, and guests Louis Mofsie (Hopi/HoChunk) on cottonwood drum and Alan Brown on rattles, which won five stars in Down Beat. In 2004, she recorded Spring is Here with bassist Bob Arkin. 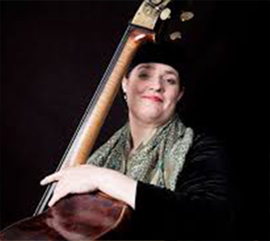 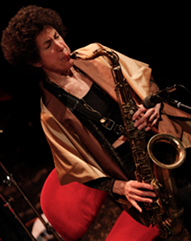 Saxophonist Carol Sudhalter, best known for her lusty and yet poetic baritone sound, also plays robust tenor sax and lively flute. With many albums to her credit, Carol was a Top 10 flutist in the 2012 Down Beat Readers' Poll. As a member of the first all-female Latin Fever band, she played at the 1978 Salsa Festival at Madison Square Garden alongside Tito Puente. In 1986, she formed her own Astoria Big Band, which plays annual concerts at Flushing Town Hall and elsewhere. From 1991 to 2005, Carol was a featured player at the Cajun Restaurant in New York, becoming the group's leader in 2003. Since then, she has performed at Dizzy's Club Coca Cola, Birdland, Iridium, at the JVC Festival in New York and the Mary Lou Williams Festival at Kennedy Center, as well as in Italy at Umbria Jazz in Perugia and JazzAscona in Locarno, and tours in Italy every year. Visit sudhalter.com.

Tony-Nominated Broadway Actor Nick Cordero Dies at 41
BroadwayWorld is very sad to report that actor Nick Cordero died this morning at 41 years of age at Cedars Sinai in Los Angeles after 91 days in the h...

HAMILTON Film Ineligible for Oscars; Emmy Consideration Possible
Despite its hugely popular launch on Disney+ this weekend, the film of Lin-Manuel Miranda's Hamilton will not be eligible for consideration at the Aca...

VIDEO: Listen to Act 1 of HAMILTON, Acted Out by The Muppets
Voice actor and comedian Ricky Downes III has recorded all of Act I of Hamilton... in the voices of all The Muppets!...

BWW Rewind: HAMILTON Takes Over the Tonys with an Ode from Randy Rainbow