Since there is no place to really go at the moment and most of us are stuck in our homes, only leaving for essential items or essential jobs, I can't be the only one taking the time to explore musicals some new musicals as well as revisit old ones, right?


SO! Share! What shows we have you found for the first time? Or is there a show you have known but having revisited now, have you fallen in love again or perhaps see it in a new light? Who knows, maybe you'll find something new to explore in the comments as well.


For me, I have heard about "& Juliet" before but I never really looked into it. When someone told me that 'oh yeah it's pop songs from the late 90s and early to mid 00s' and my interest grew. THEN I found out how many Backstreet Boys songs were in it and yeah that pulled me ALL the way in. OG BSB fan for life. I usually tend to shy away from jukebox musicals because either it's an artist whose music just doesn't appeal to me or the artist appeals to me but they go the route of telling the artists life story. I much rather using the songs to tell an original story. So to have 1.) music from my childhood and teenage years that I LOVED 2.) an original plot AND 3.) flipping a story we already know on it's head.... this is like targeted RIGHT at me. I don't know how well this show would do if they ever thought to try and bring it to Broadway from West End though. I'd LOVE the chance to see it live but it might not survive.

Sutton Ross said: "I think it's still supposed to premiere in North America next February in Toronto. I could be wrong though. Is there a cast recording?"

Yeah that's how I found it. It's on Spotify. Someone started talking about it on a BSB facebook group I started following last year and linked it. That's exciting to hear that it might hit Toronto but with everything going on, I will not get my hopes up. I am sure LOTS of plans for shows are going to change because of everything going on.

I think by next February, especially in Canada, things will be relatively back to normal. I just found it on Amazon streaming, sounds fun so far and I love the cover art. Thanks for the info! 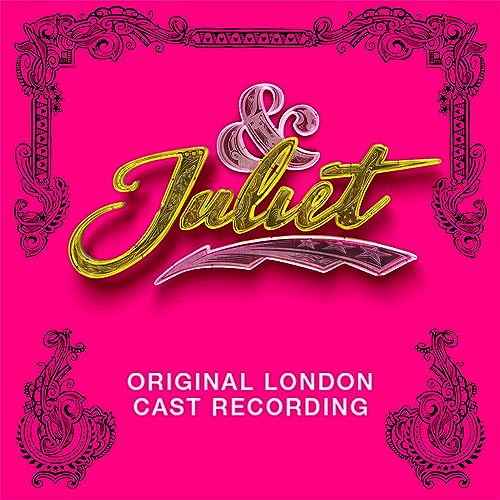 I've gotten back into Sunset Boulevard. I re-ripped all the various cast recordings and singles from this and I put 'em on random and just listen for hours. So fun to hear the different takes on the same material.

greensgreens said: "I've gotten back into Sunset Boulevard. I re-ripped all the various cast recordings and singles from this and I put 'em on random and just listen for hours. So fun to hear the different takes on the same material."

While it wasn't during this quarantine, I am with you on rediscovering it in recent times. I saw it when I was VERY little (was the 4th musical I ever saw in NY) and being that I was young, it went over my head and I thought poorly of it for years. Only in the last few years did I decide to go back and give it a second chance and I really appreciate it SO much more now that I understand the era it is sent in and the politics of Hollywood in it.

I've been listening to Tarrytown, a contemporary retelling of The Legend of Sleepy Hollow. The show's been workshopped for a few years, but they released a fully orchestrated cast recording to benefit The Actor's Fund, and it sounds gorgeous. Everyone should give it a listen.

I've mostly been listening to The Prince of Egypt cast album.

Sometimes I shuffle through my entire digital collection of cast albums, and I stumbled upon this 1982 Off-Broadway revue of Alec Wilder's works called Clues to A Life. It's surprisingly charming and delightful. I have probably listened to Unbelievable/Give Me Time about 20 times since then. The song also reminds me of Tabu/Taking Care of the Ladies from LaChiusa Wild Party.

Dave Malloy has posted a few proshots of the musicals he worked on and that led me back to adoring Great Comet. I never had a chance to see the show live so now I am dying for an off-Broadway revival in the vain of the Ars Nova or Kazino productions.

I didn't get to watch it when it was on Broadway at the time but am glad they did the actors fundraiser and did a livestream for it.

While TDF offered a free month of the Broadway HD, I've discovered Falsettos. I had a chance to see it during the revival but somehow wasted that opportunity thinking I won't appreciate it. Well, not seeing this musical is now one of my biggest regrets...

I watched Daddy Long Legs on BroadwayHD and really enjoyed it! I've been listening to the album a lot.

Just for fun and grading/cleaning accompaniment, I've gotten into Heathers. But since Brian Stokes Mitchell's brilliant performance of The Flag Song during Sondheim's birthday concert, I've rekindled my love for Assassins. I think, when it comes to it, it's my favorite Sondheim. (His too, I think? I seem to remember him saying something in "Sondheim on Sondheim" along the lines of, "My most perfect show is Assassins..."

I'd been holding off on listening to Once On This Island until I could see it live.  I was going to see it in January at Proctors, but then couldn't because of a big snowstorm in my area that weekend.  Then I was thinking of maybe seeing it in New Haven in June...then not only did the virus close down theatres, the tour itself closed due to it...

So, needless to say, I listened to the album the other day and am definitely cursing Mother Nature.  The cast is amazing, the songs are glorious - and, as a fan of Zoey's Extraordinary Playlist, I can always use more Alex Newell in my life.

i've been into Sondheim hard basically the last few weeks since his birthday concert. it's been probably five years since i've listened to all of his shows.

Same re Sondheim, only I had only seen 4 of his musicals live before the pandemic. I am discovering things the rest of you have known for years or decades. Listening to cast albums, finding old stuff on YouTube, reading articles, listening to too many versions of “Losing My Mind,” concluding that I’m a big fan of Bernadette Peters even though I have never seen her perform live, trying to decide what I think of Assassins, planning to watch Pacific Overtures, pleased my daughter really liked the taped production of Sunday in the Park With George after my wife didn’t care for the show when we saw a fine local production of it a couple of years ago.

It’s been a crash course. The funny thing is that I’ve never seen Gypsy.

ETA: I ran across the Great Perfromances version of the Company revival with Raul Esparza on YouTube.

I saw the show and have listened to the recording in bits but I sat down the other day and listened to "Hadestown" from beginning to end with no interruption.

Had totally forgotten about "&Juliet" until this thread popped up so listened to it while cooking a nice dinner for myself. Really enjoyed it. And the dinner!

I think it is time to sit and listen to "Caroline or Change" all the way through.

I have also be adding to a show tunes playlist in my Google Play Library. It has been fun seeking out and discovering songs to add to it.

Regem10 said: "Hallelujah Baby! Leslie Uggams singing Being Good Isn’t Good Enough is perfect. Also Woman of The Year. There isn’t anything pleasant about about Bacall’s voice but the album captures her star power. I’m sure she was great to see live."

I saw HB twice (I guess I was 17) and loved it.  I loved Being Good, but my favorite number is She Sure Didn't Get It From Me, one of the great showstoppers in the last 60 years.  Also love the non-traditional orchestration for Now's the Time, which was a great production number.  And the title song.  IMO this was a greatly underappreciated musical, the only musical that I can recall in the last 60 years that was closed before getting the Tony for Best Musical, Actress, Supporting Actress, and music.

You didn't miss much missing Woman of the Year.  The only terrific number in the show was The Grass Is Always Greener, because of Marilyn Cooper's deadpan.  MC was also in HB, as a Communist, if memory serves.  Bacall had charisma in spades, but the show just wasn't very good.

I've rediscovered my love for Oklahoma during quarantine. For years I disliked it pretty strongly - then about 3 years ago I played Jud in a production of the show, and while working on the show, I found a lot of beauty in it and began to appreciate much more than I ever thought possible. Since doing the show, I haven't listened to it very often and haven't seen any productions, but lately I've gotten really into the recent revival's cast album and started going back and listening to/watching other various productions and I remembered how much I fell in love with it while playing Jud.

I recently watched the film version of Mamma Mia as well as the sequel for the first time in quite a while. It's a lot of fluff and not top-notch musical theatre by any means, but it's fun and I enjoy ABBA's music.

Company is a show that I've always adored but have become somewhat enthralled with lately - more so than I have been in the past. Maybe this is partly due to the show being on my mind with the revival that was set to open before the shutdown, but going back and listening to the original cast album as well as the West End cast album starring Rosalie Craig has been nice.

With more free time on my hands than usual, I've been reading some plays as of late. I often make it a point to read scripts of shows that I've never seen productions of so that I can continue to experience new things. I've recently enjoyed Annie Baker's The Flick and The Aliens, Suzan Lori-Parks' Topdog/Underdog, and Stephen Adly Guirgis' Jesus Hopped The A Train.

I have found myself limiting my listening to 4 or 5 shows: Rags (always wishing that I could see a production some time): The Great Comet, which I have newly re-discovered, not having listened to it for at least 6 - 8 months; it has been made more interesting from having seen, if you can believe this, a decent mini-series of W&P on HULU; the Donna Murphy TKAI, triggered by recently watching the Bartlett Sher production on TV (IMO Murphy was better than O'Hara); and Bandstand, triggered by seeing a touring production in Sarasota in mid-February, before all hell broke loose.  IMO Bandstand is really under-appreciated.  The production was solid (interestingly, Corey Cott was in the audience with his wife in the row in front of me...I talked to him during intermission...he was really a nice guy, seemed genuinely appreciative who I mentioned that I thought he was terrific on Broadway).