Howard Hughes remains as arguably the most complex and enigmatic personality of the 20th century. The items in this collection were acquired from Hughes insider Vernon C. Olson. Upon his return from the Korean War in 1952, Olson used his accounting degree and took a position as a staff accountant with the Hughes Tool Company in Culver City, California.

Vernon Olson ultimately became Howard Hughes private accountant in secret while remaining the public accountant for the company, leading a sort of double life. Mr. Olson passed away in 2012, leaving the collection to his daughter Mindy. Mindy kept these items until now, and her wish is for others to have the opportunity to have a genuine part of the history and legacy that was Mr. Howard R. Hughes. 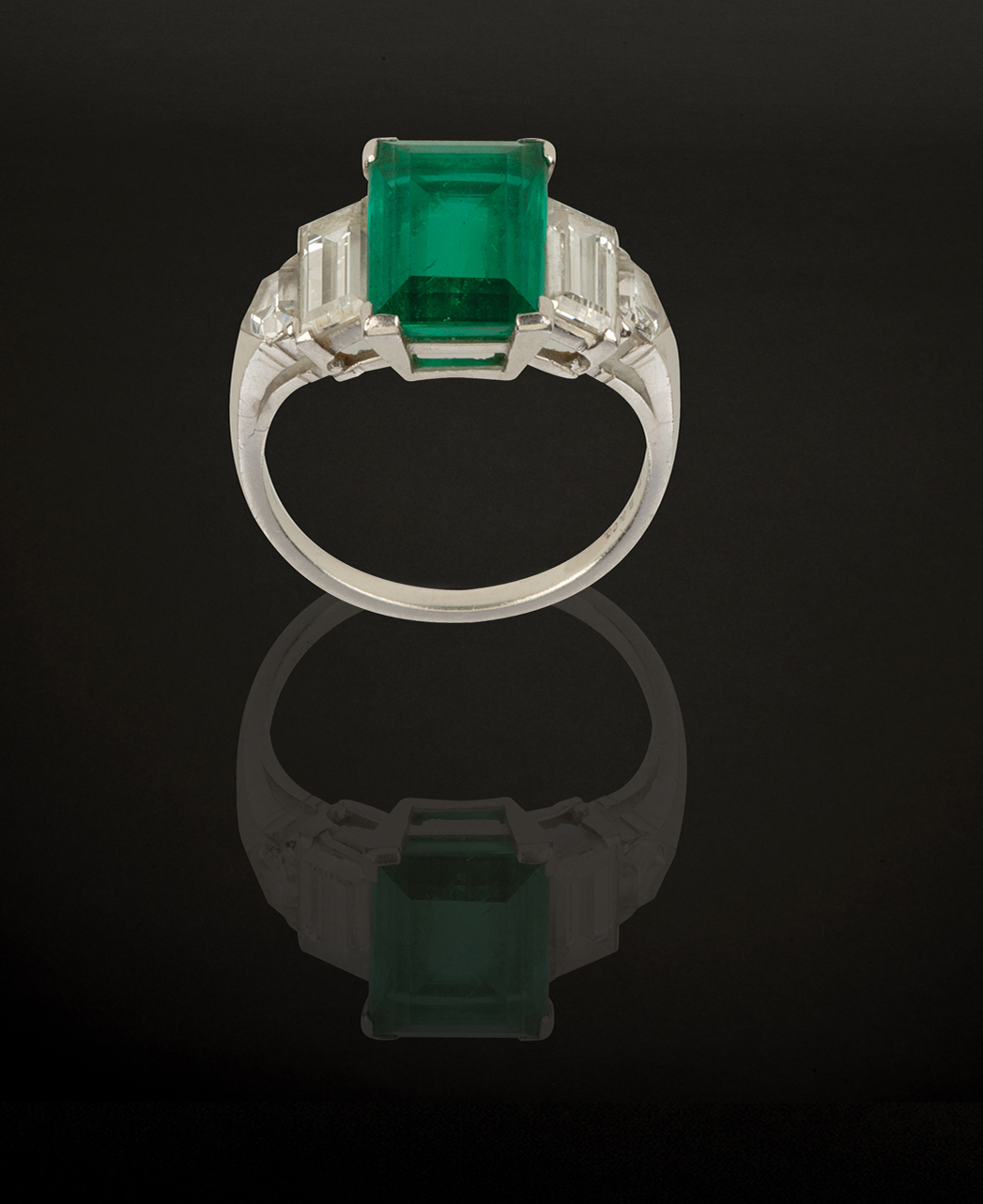 ers range from August 15, 1937 through December 5, 1938, during Hughes and Hepburn's well-publicized romance. The two initially met during production of Sylvia Scarlett in June 1935, introduced by Hughes' friend and Hepburn's co-star Cary Grant. They are pictured above.

The letters are full of incredible lines like, "My Most Excellent Boss - Supremely attractive - brilliant as Einstein - graceful as a gazelle - exciting as an adventure story. To be allowed to go to sleep in the arms of the person of supreme tier in regard an honor not to be lightly cast as it's - Oh catch of the ages - Thou art mine? I hope so - for the sky rains rose petals so long as thy glance is in my direction - I bow - C.M. - Mrs. B. 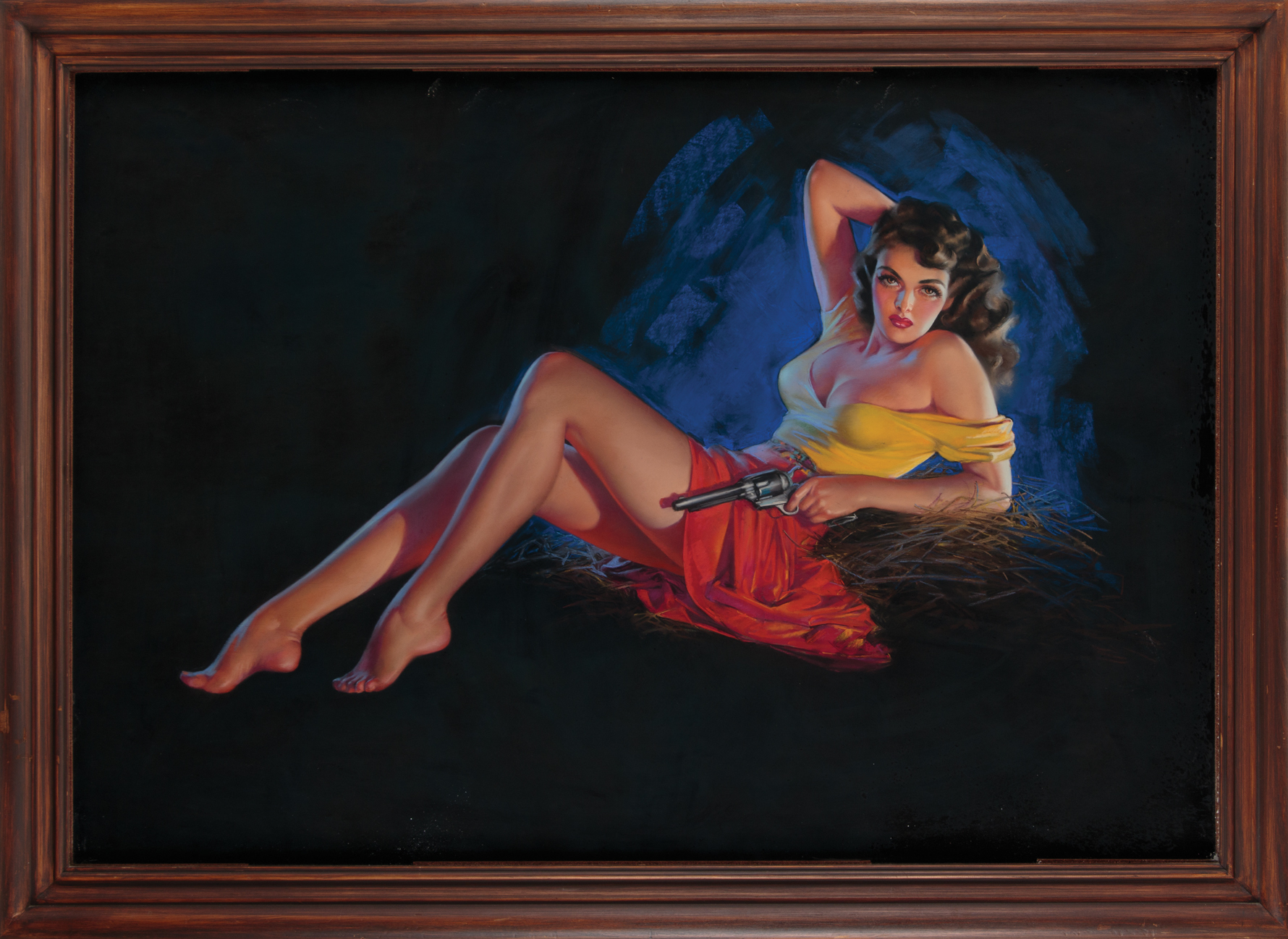 Howard Hughes' Emerald & Diamond Engagement Ring set in Platinum gifted to
Katharine Hepburn. In original, unrestored/unpolished condition. The stone is a lovely color and the clarity grade appears to be moderately included. The emerald is flanked by (4) side stones: (2) transparent, near colorless, rectangular shape, step cut diamonds weighing approx. 1.20 carats, and (2) transparent, near colorless, epaulet cut diamonds weighing approx. 70 carat. It's pictured above.

Zoë Mozert original poster artwork of Jane Russell for The Outlaw used extensively in publicity for the film. The stunning pin-up style artwork depicts Russell reclined seductively on a pile of 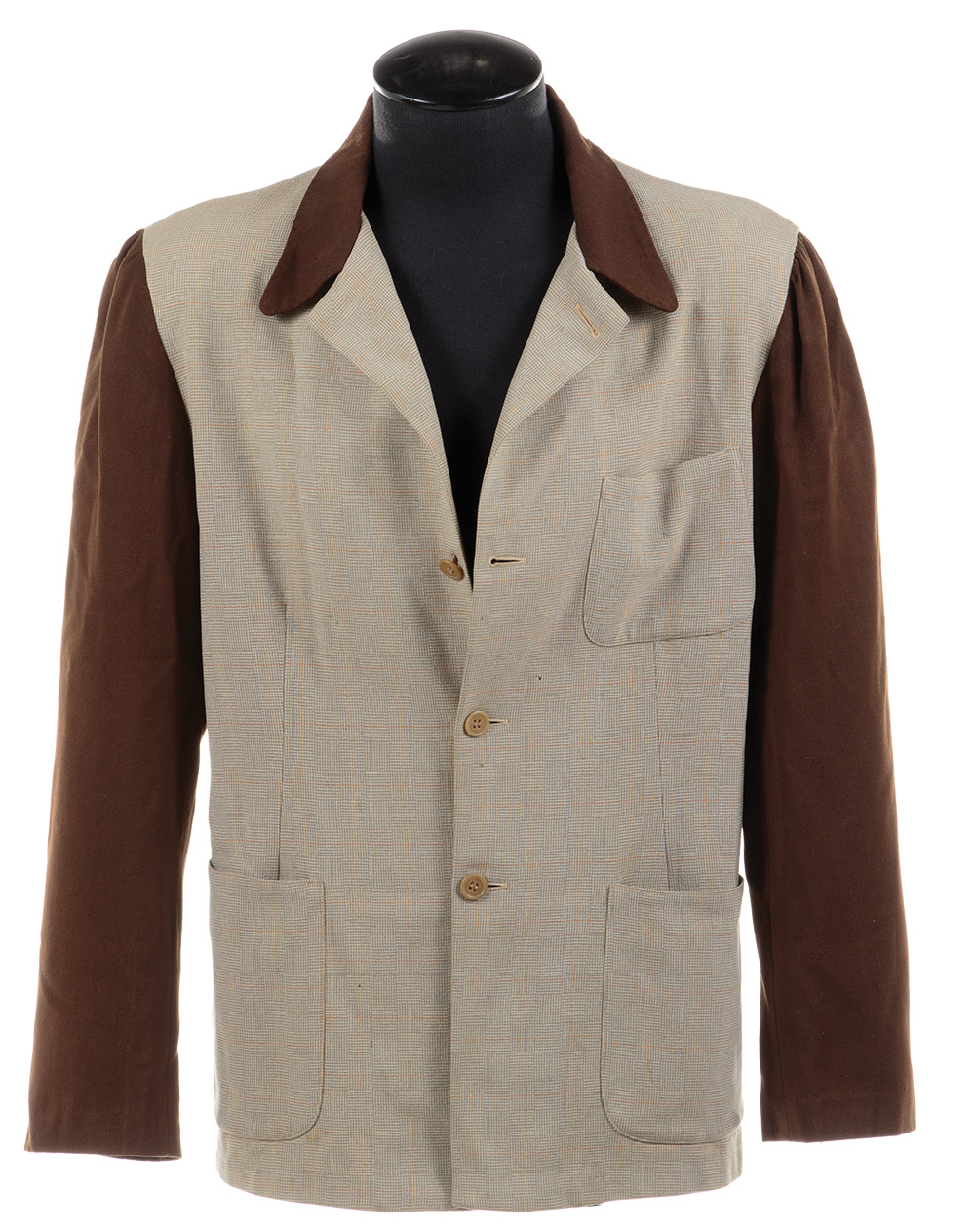 hay with shoulder strap slipped below her left shoulder and red skirt pulled high on her thigh, while holding her hair with one hand and a six-shooter with the other. Hughes, displaying his disdain for censorship of free expression, as well as his keen publicity skills as he had done with Hell's Angels and Scarface, stirred worldwide attention and controversy with The Outlaw. It's pictured above, on the left. 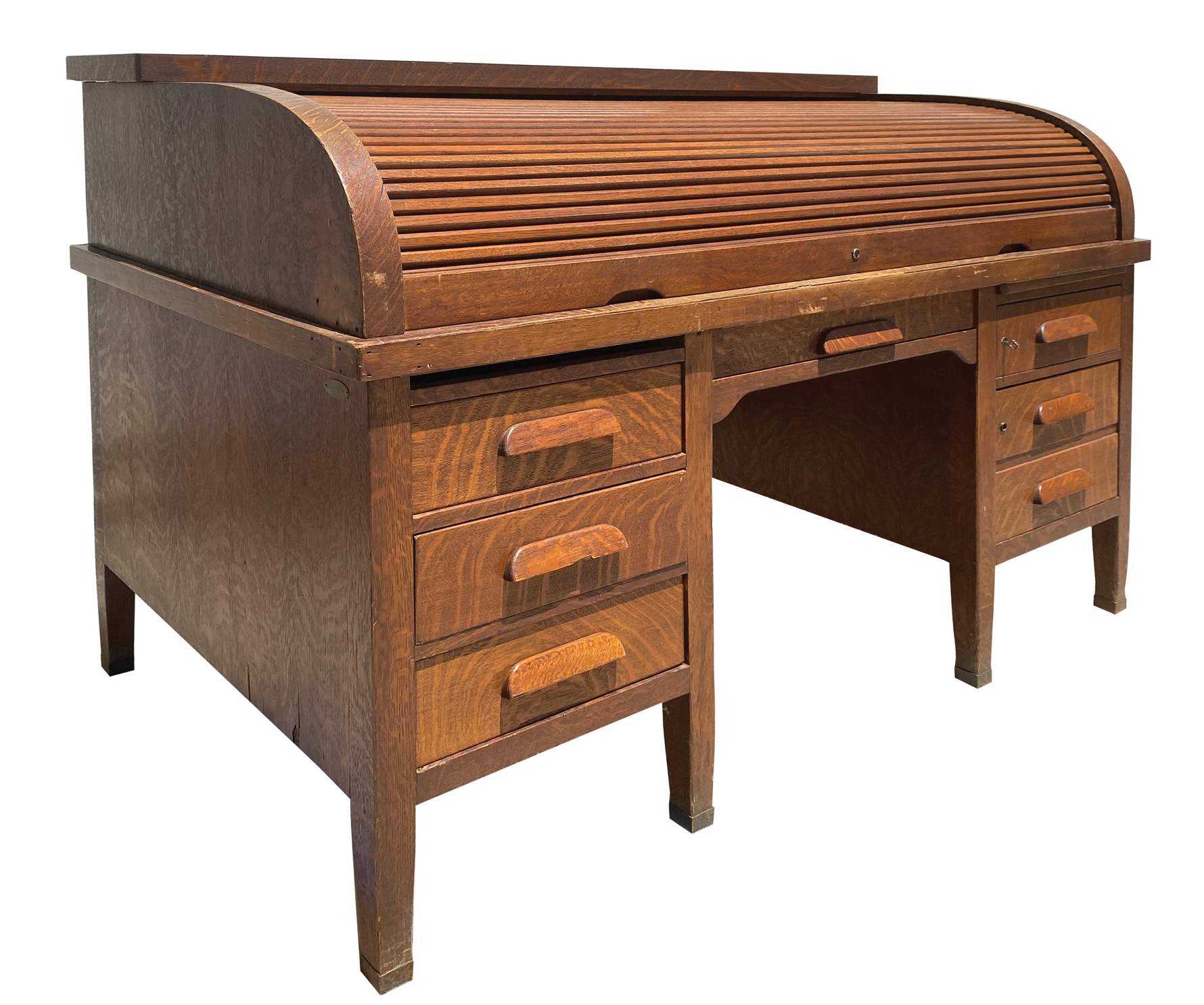 Howard Hughes signed Caddo Company contract loaning Jean Harlow to MGM for her services in filming The Secret 6, countersigned by Louis B. Mayer. 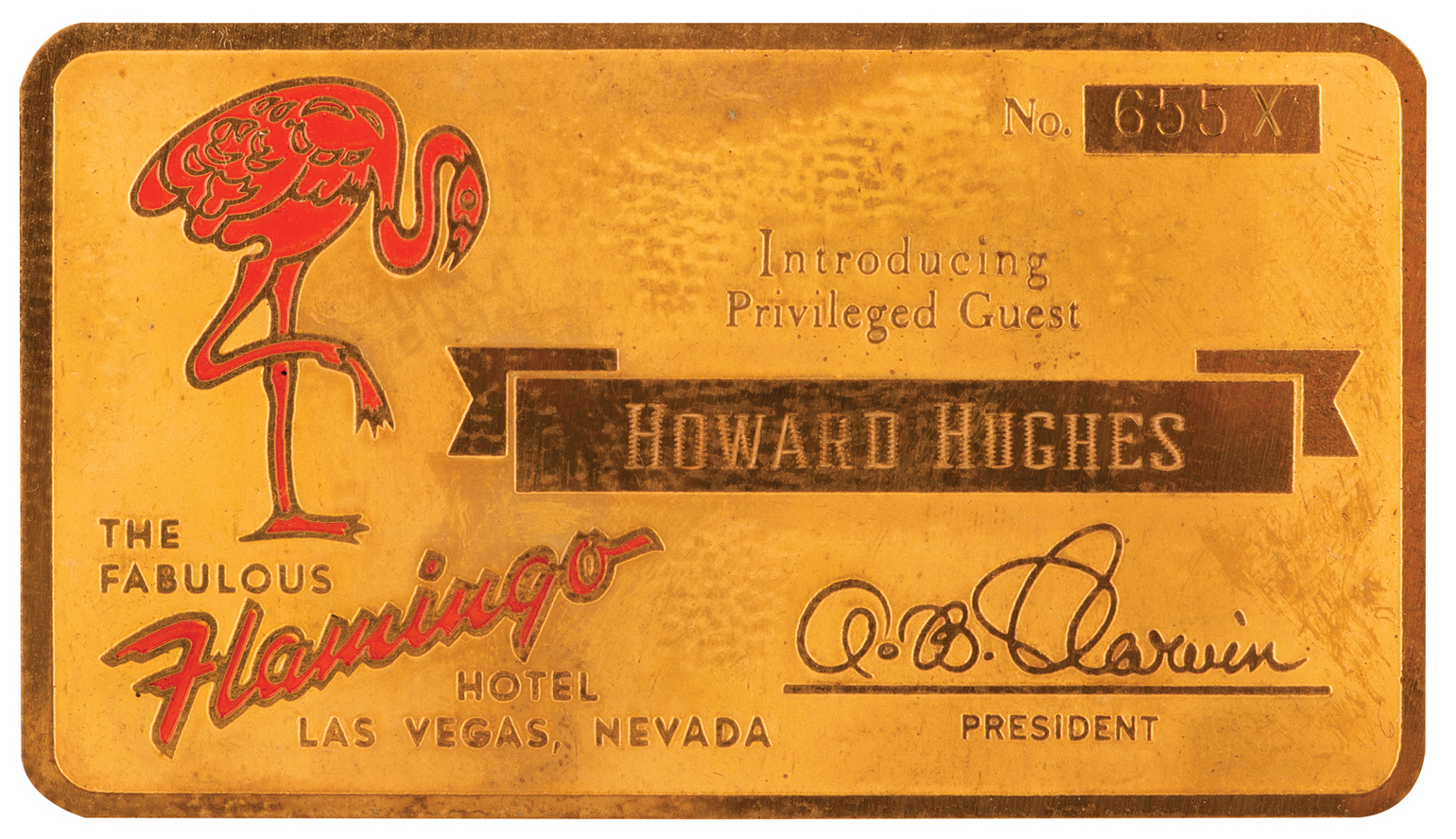 Howard Hughes letter from actress Susan Fox complaining about MGM publicist Robert Ritchie stifling her career since she had not "gone to bed with him."