The Top 25 Cyber Monday Theater Ticket Deals Around the World

Whether you live in New York or London, San Francisco or Sydney, Boston or Seattle, we've got the best prices on theater tickets this Cyber Monday. Looking to plan a trip to New York? Buy your tickets today. Planning a family outing for the holidays? We've got the deals. Basically wherever you live, whatever you want to see, we've got our best prices of the year on theater tickets for shows around the world. Check out some of the deal highlights below! 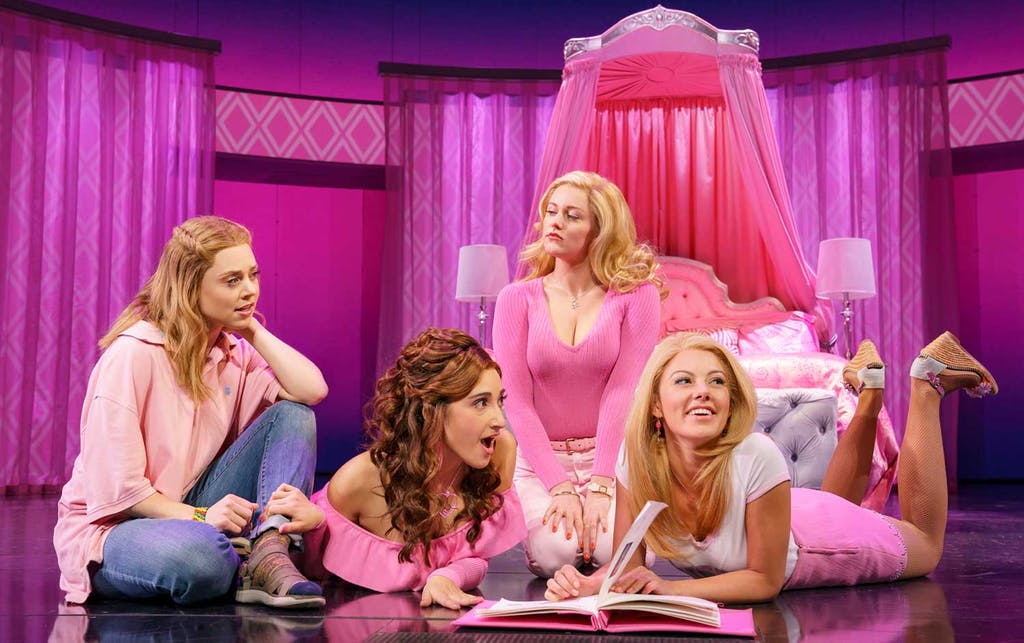 We finally made fetch happen. As in, these $39 tickets to "Mean Girls" are so fetch (or grool, if that's more your thing). Get ready to see Tina Fey's hit Broadway show for the lowest price ever, only on TodayTix. 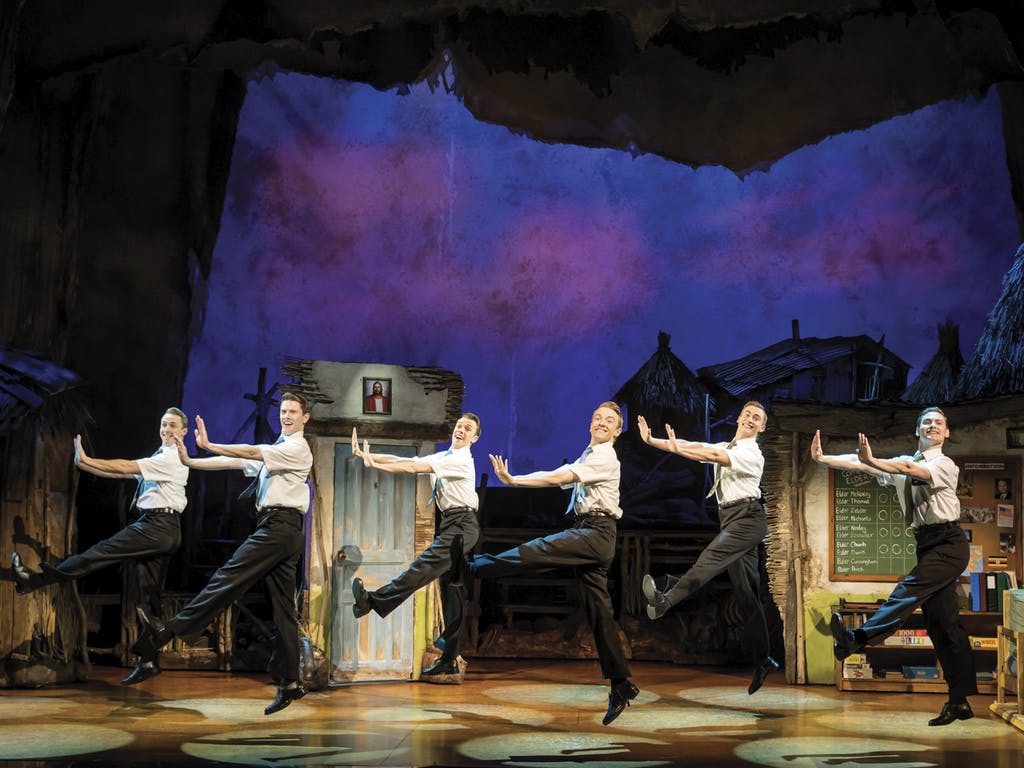 Photo Credit: The Book of Mormon

The Book of Mormon

We're not going to bury the lede here: We have $59 tickets for "The Book of Mormon." That's the lowest price EVER. And whether you've seen this Tony-winning hit multiple times or you still have yet to get a knock on your door (hello!), now is the time to book your seats. 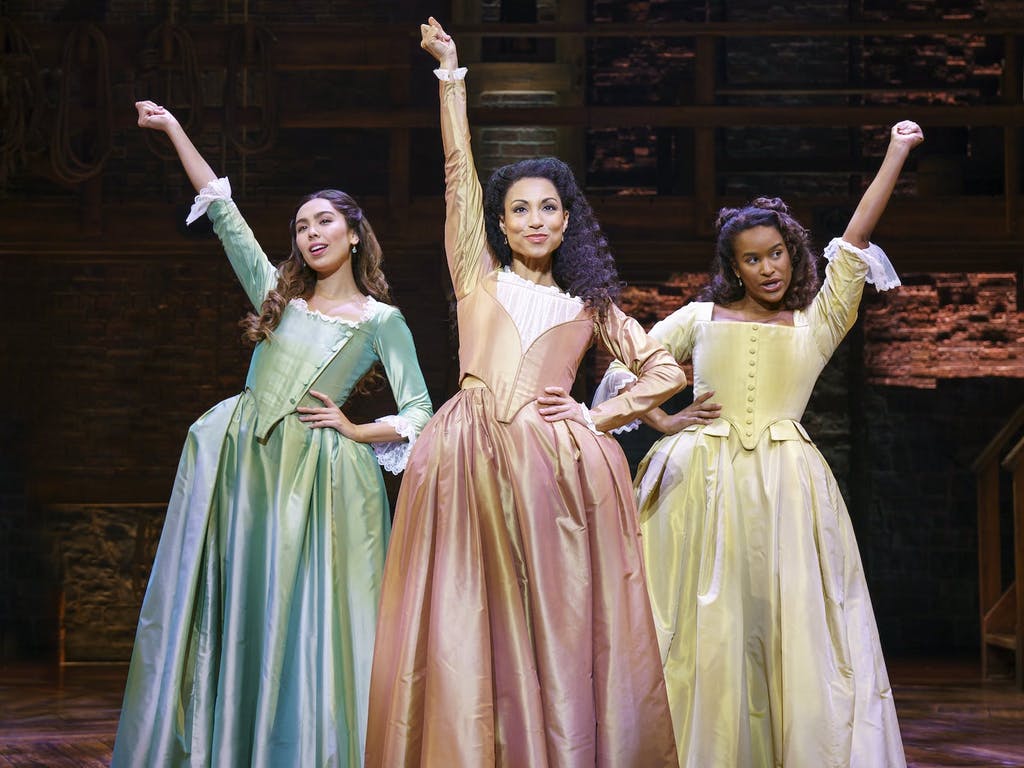 You can get tickets to see the smash hit musical about the "ten-dollar founding father" for $40. That's four Hamiltons. Need we say more? Go once (or five times) and buy tickets for everyone you know. 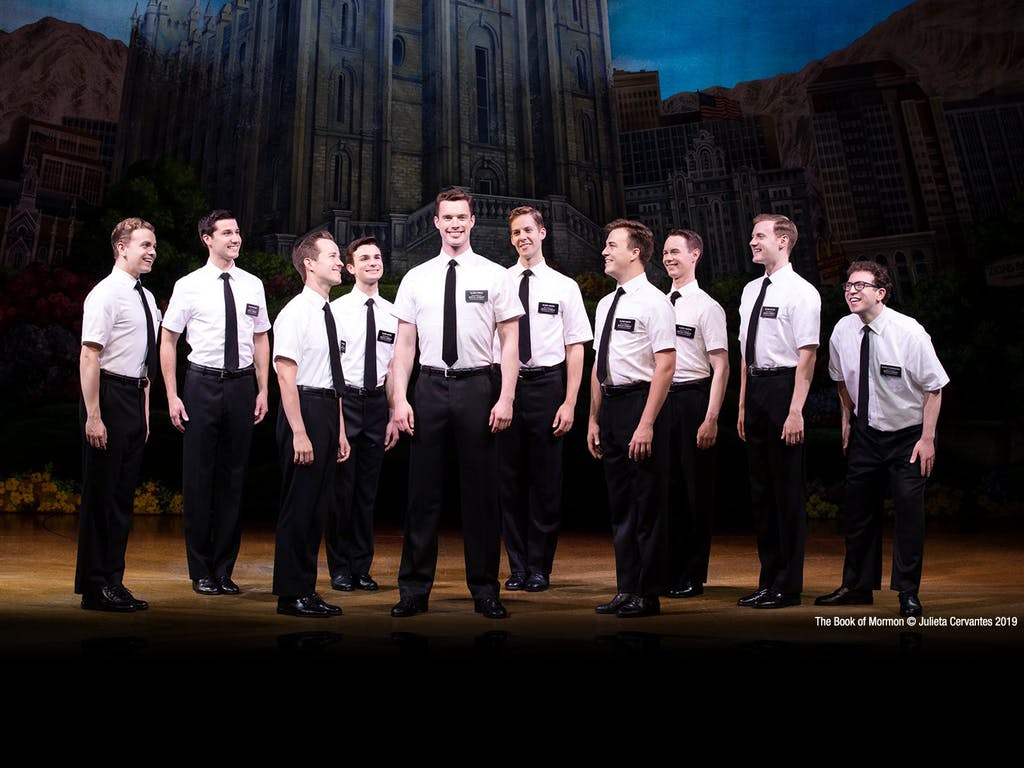 The Book of Mormon

Hello, our name is TodayTix, and we would like to tell you about the most amazing deal on tickets for "The Book of Mormon." See the Tony-winning hit in San Francisco for just $45 this Cyber Monday. 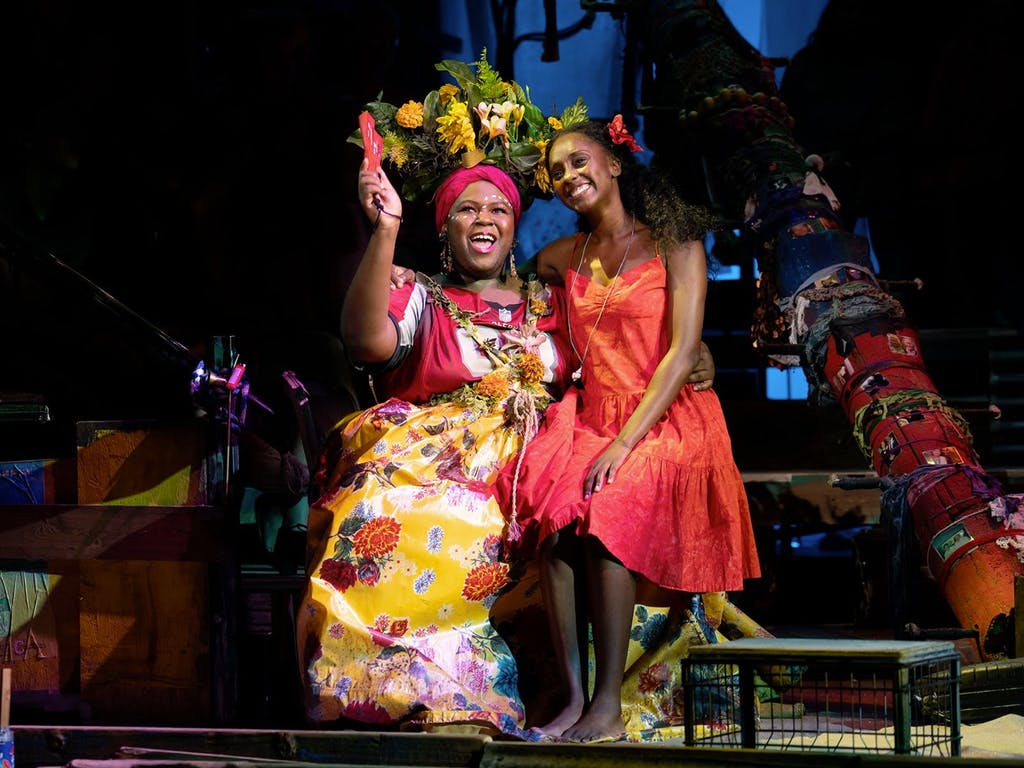 Once On This Island

Mama will provide...$25 tickets to see the Tony-winning revival of the classic Lynn Ahrens and Stephen Flaherty musical at the Ahmanson Theatre. We dance!

Alfred Molina stars in Florian Zeller's dark and poignant play. Get tickets to see the show from $25 at Pasadena Playhouse. 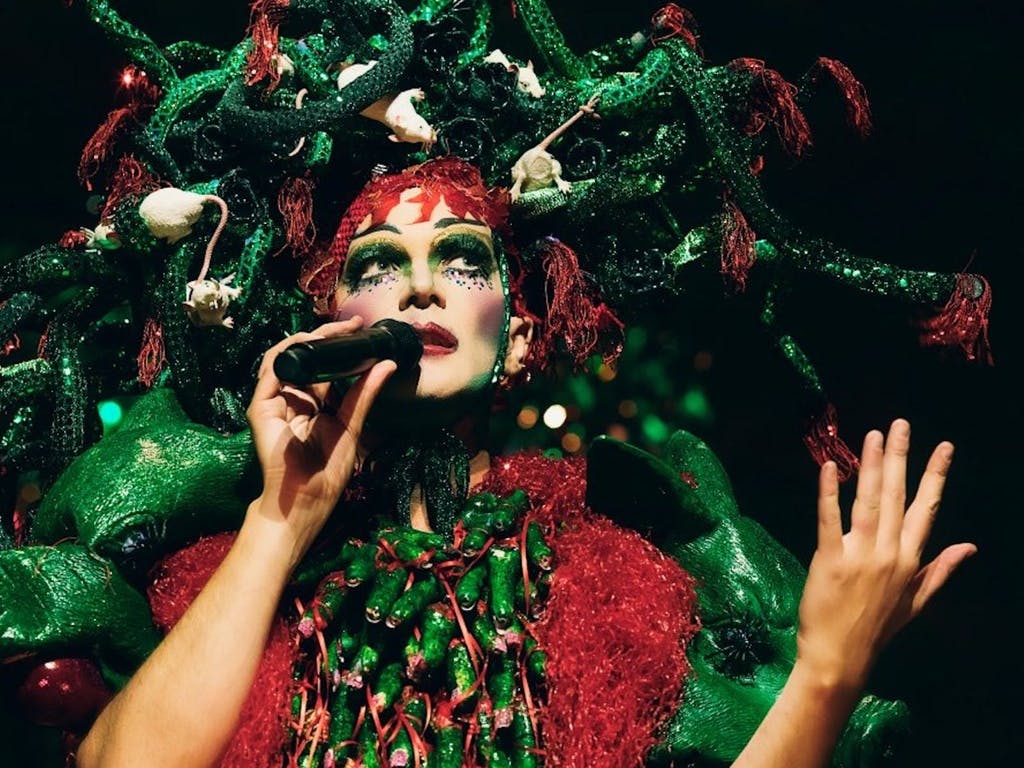 You can see anything at the Kennedy Center. A Broadway musical. A classic ballet. A symphonic presentation of video game music. We've got amazing deals on tons of of shows: See Taylor Mac's "Holiday Sauce" for $39; "My Fair Lady" for $35; "Jesus Christ Superstar" for $44; "Game On" (that aforementioned video game symphony) for $30; and so much more. 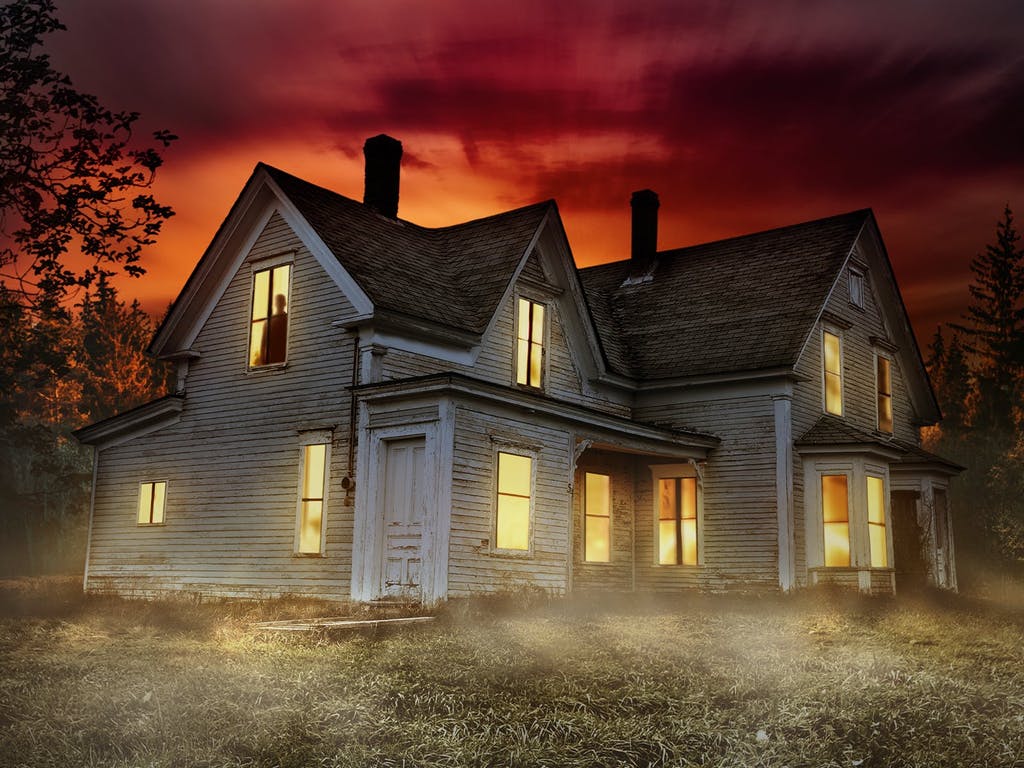 This searing new play examines the aftermath of the 2016 election. See playwright Anne Washburn's latest work at Woolly Mammoth with tix for $15.

Clare Barron's coming-of-age tale Steppenwolf follows a dance class of pre-teens who plot to take over the world (figuratively) and discover who they are. Get tix to this Pulitzer Prize finalist for $25. 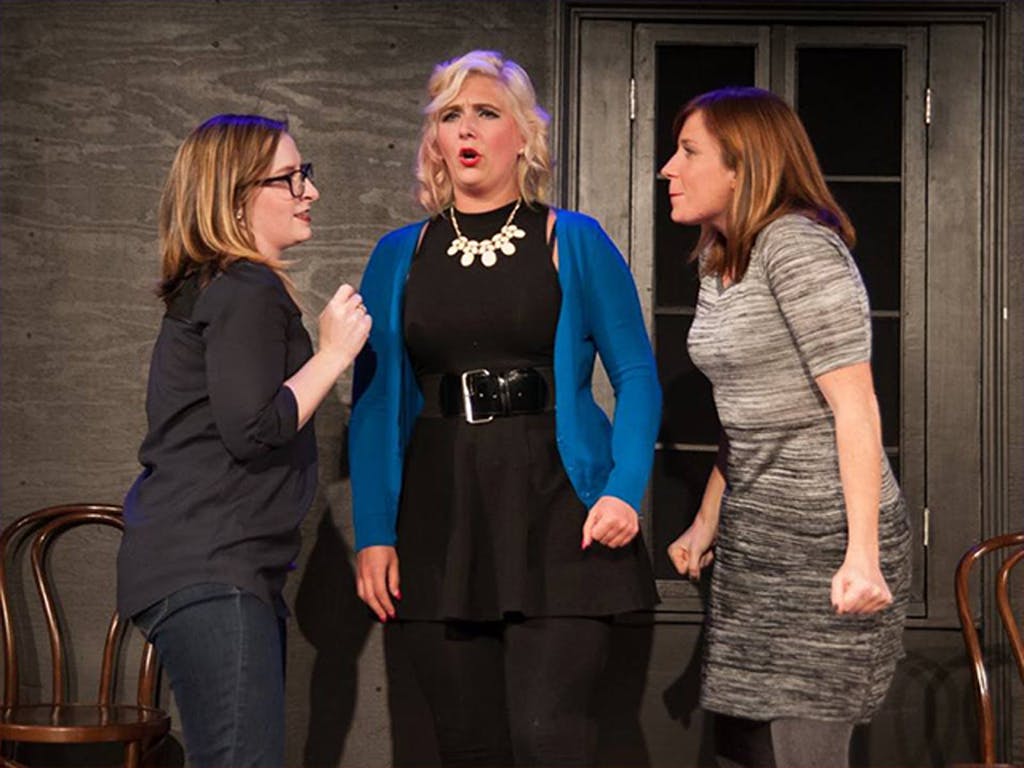 Comedy tonight! Or tomorrow night. Or whenever you want to snag tickets to 11 shows at iO, a comedy institution, with tix from $5. 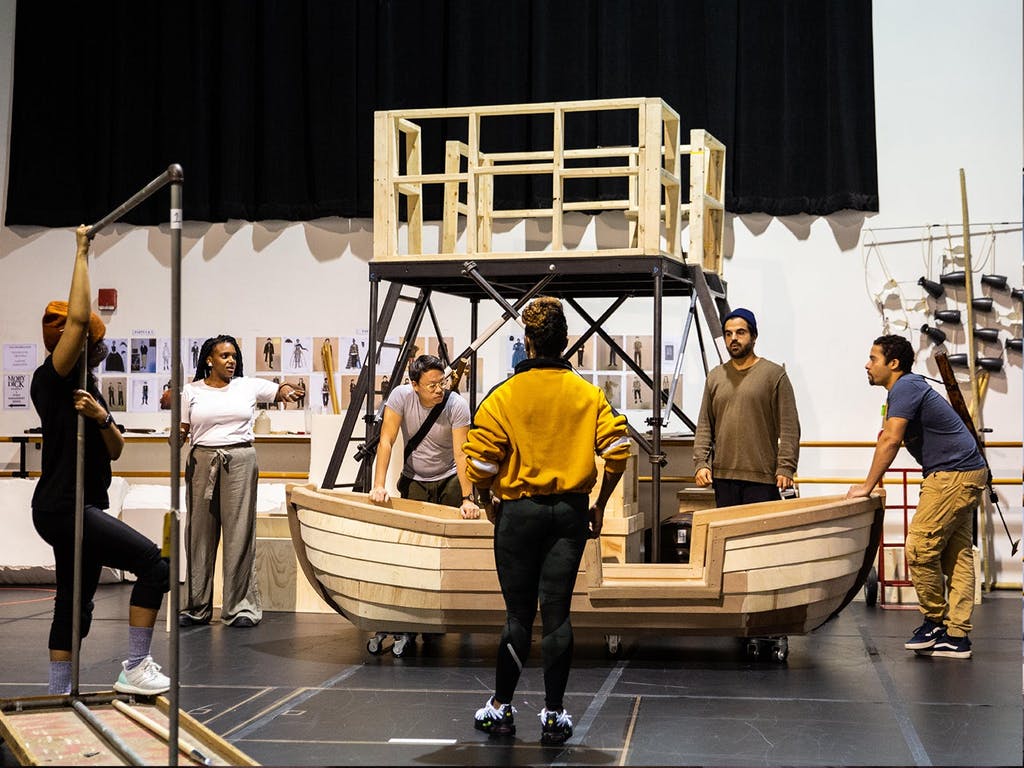 You're not going to want to miss this one. Dave Malloy's musical adaptation of the epic novel, directed by Tony winner Rachel Chavkin, is certain to be the talk of the town, and you can get tix for $55 for the production at American Repertory Theatre.

There is so much good theater coming up at Lyric Stage Company. Tony winner "A Gentleman's Guide to Love and Murder" for $27? Check. $25 tickets for Agatha Christie's Murder on the Orient Express, The Cake, The Treasurer, and Fabulation, or the Re-education of Undine? We got that too. Get ready to see some great theater.

Last year's Obie Award winner explores the blurred lines between lies and the truth (and history and our modern reality) in this deft thriller. Take a break from the news and dive into the magic realism of this unique show for $30 at The Wilma. 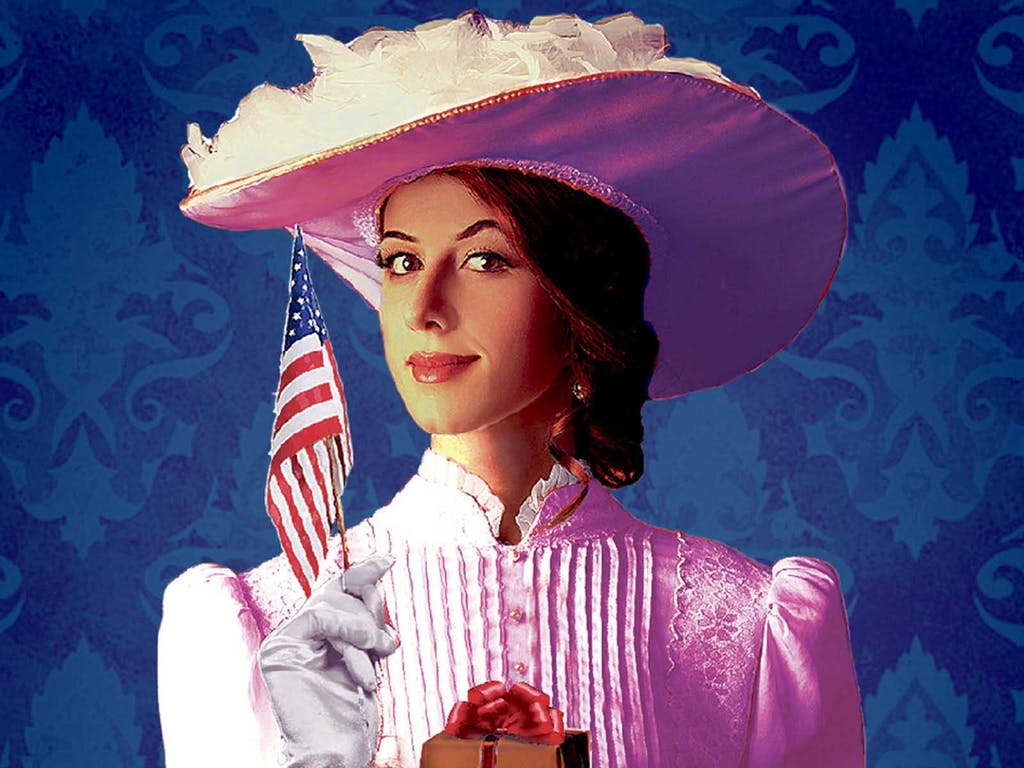 A Woman of No Importance

If you need to step away from your binge-watch of "The Crown" or "Downton Abbey" and get some IRL British fierceness in your cultural diet, look no further than The Walnut Street Theatre! Tickets are $30, which leaves you enough to stop at the pub after and discuss how much you loved it.

The beloved Robin Williams movie is coming to the stage, and you can be the first to see it at The 5th Avenue Theatre. Get tickets for $35.

It's not the holidays without the tale of Scrooge, so get tickets to see this Charles Dickens classic at A Contemporary Theatre for $20. 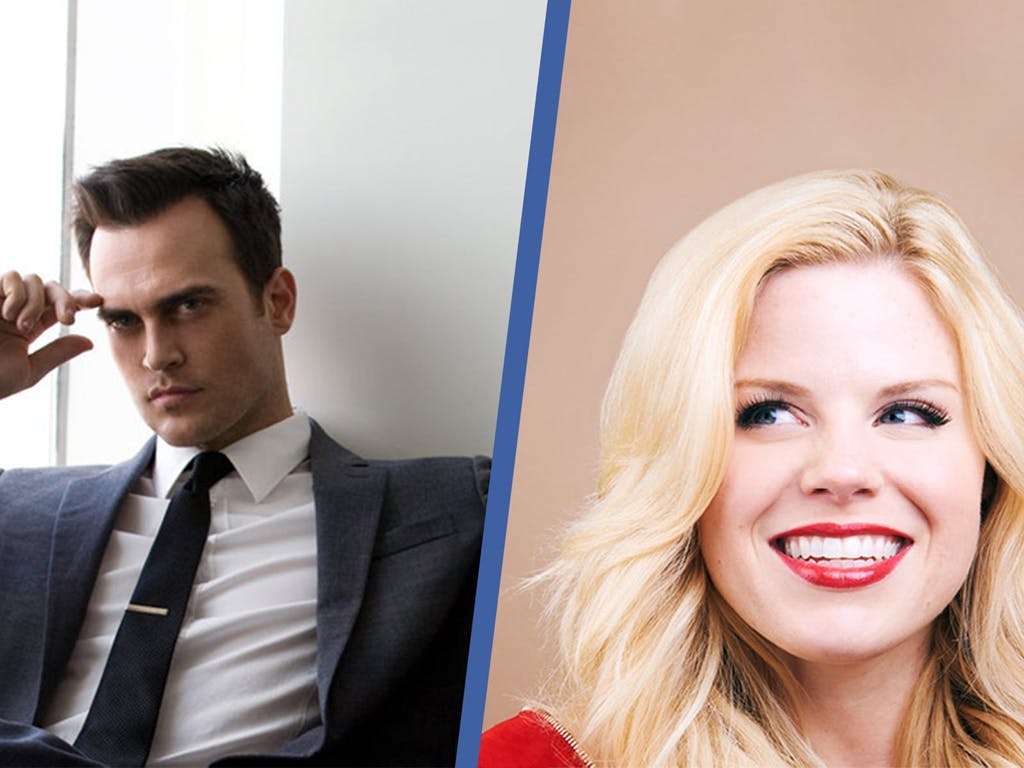 The Dallas Symphony Orchestra has something for everyone this holiday season! From a Christmas concert featuring Megan Hilty & Cheyenne Jackson for $29 to the merry & bright Dallas tradition, the DSO Christmas Pops, at $41 to Rocky Mountain Christmas, the holiday show set to the music of John Denver, at $34, you'll be decking halls all season long. 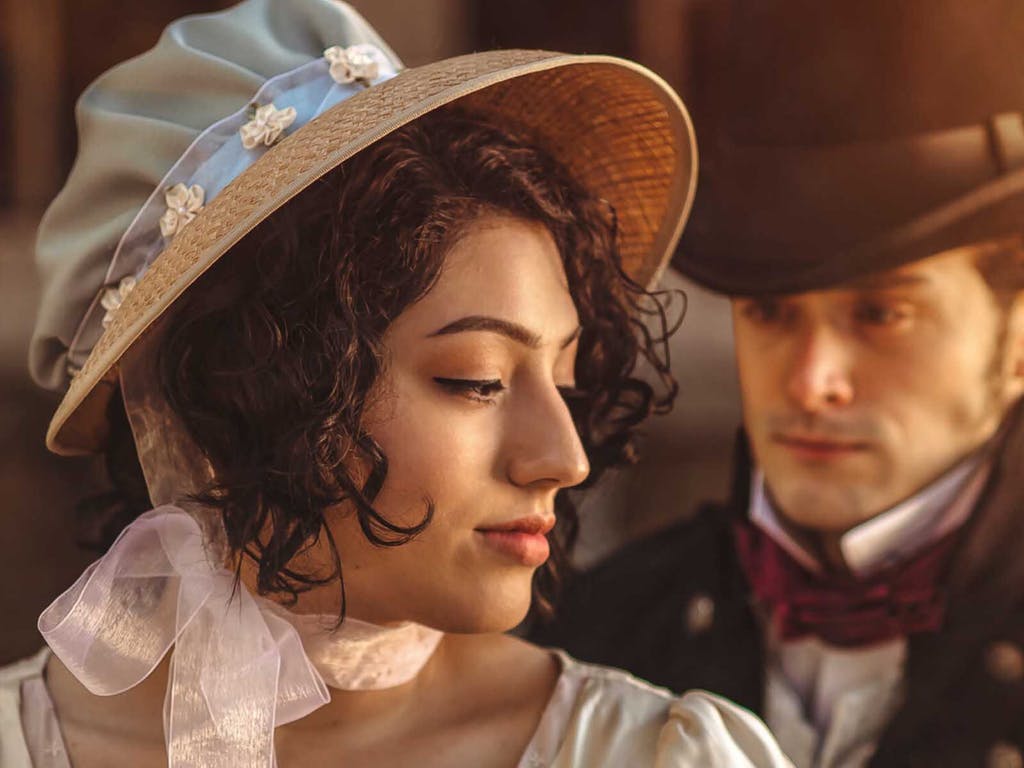 After you've seen the new film adaptation of "Little Women," you may find yourself craving some more romance, friendship, sisterhood and classic literary drama. Look no further than Pride & Prejudice at Shakespeare Dallas! Tickets are $23.85, which isn't far off from the price of a movie ticket anyway (especially not if you spring for some popcorn, too).

Houston's Main Street Theater offers a wide range of shows this season, all for $32! If Pulitzer Prize winner Quiara Alegría Hudes's "Elliot Trilogy" intrigues you, Elliot: A Solider's Fugue (Part I) is playing this winter. If the dramedy of motherhood and friendship is more your style, Cry It Out will have you feeling the full range of emotions. And if emotionally explosive divas are your thing, Master Class is sure to scratch that theatrical itch!

The Catastrophic Theatre has always been home to some of Houston's most interesting cultural events, and this year is no different. With plays like the all-female production of Fefu and her Friends, the Texas-based The Book of Grace, written by Pulitzer-winner Suzan-Lori Parks, and the musical return of a Houston favorite with Tamarie 20/20 all for only $5, you can break out of your old theater routines without breaking the bank. 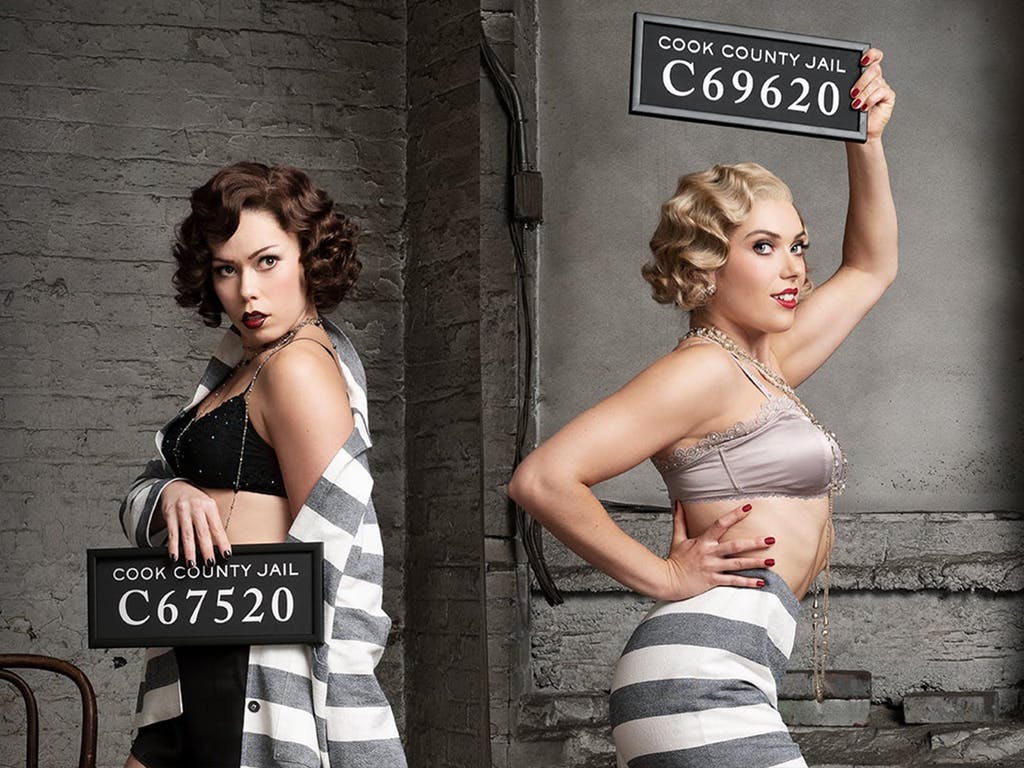 The Stratford Festival is one of Canada's (and the world's) theatrical institutions, and we've got deals for Cyber Monday. Get tickets to see shows like "Hamlet," "Spamalot," and "Chicago" from $21. 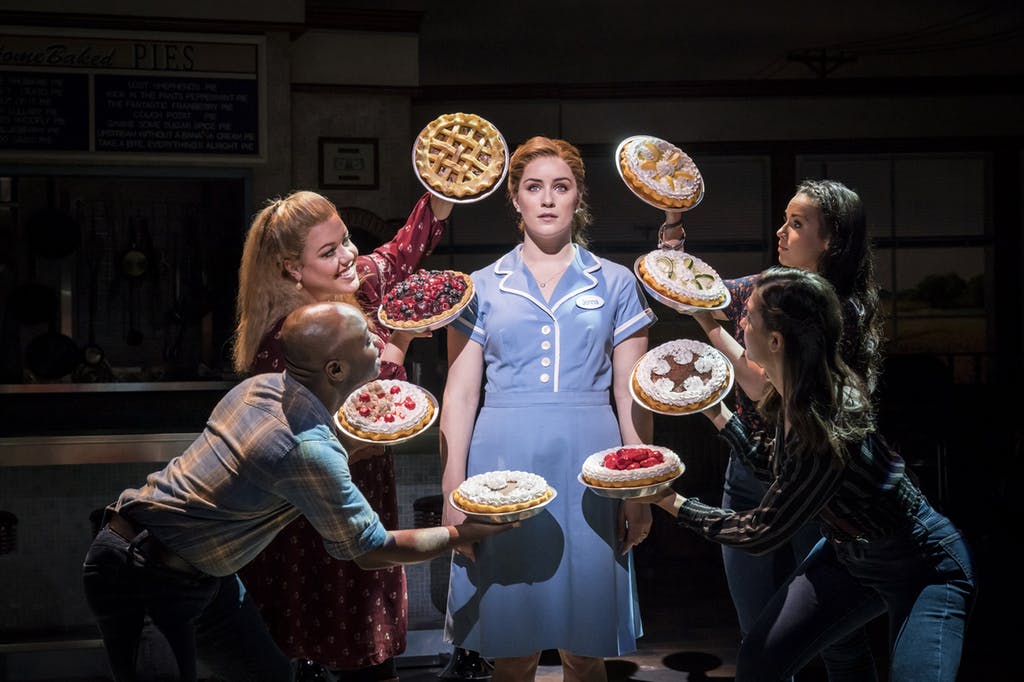 Experience the heart-warming musical hit "Waitress," the story of a waitress with a dream to make pies and find happiness in her life. Get tix from £25. 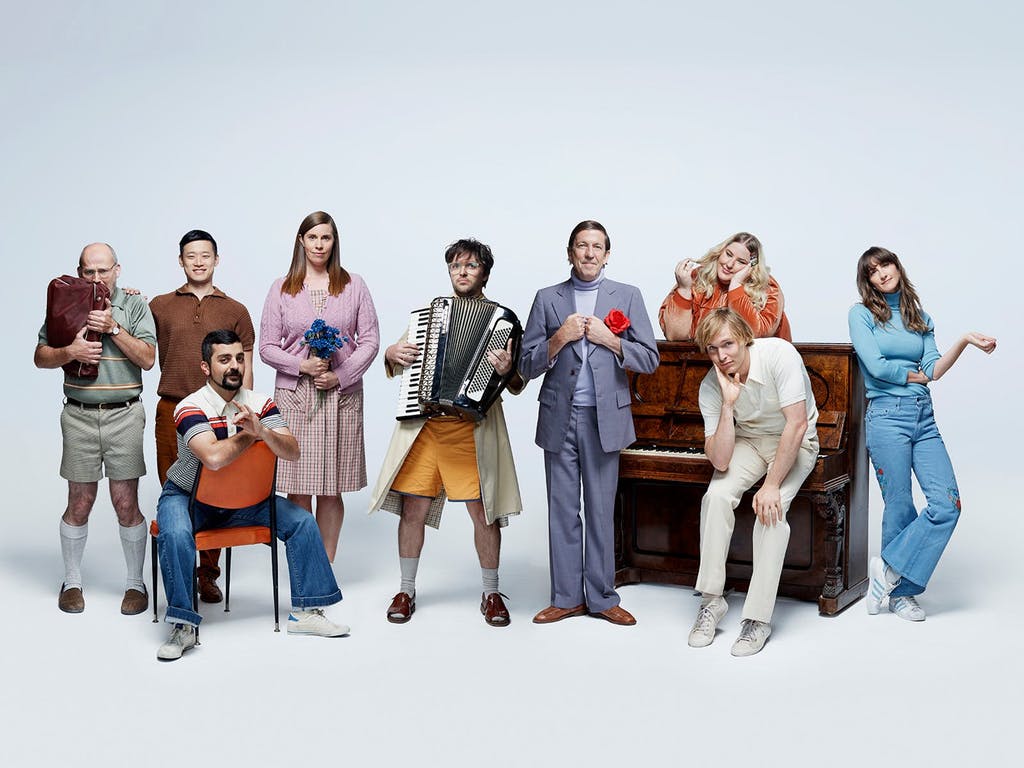 You can get tickets to see this hilarious and joyous love letter to the stage for only $49! Take all your friends to see this story about a lovable group of friends navigating friendship, romance, community, and their differences. 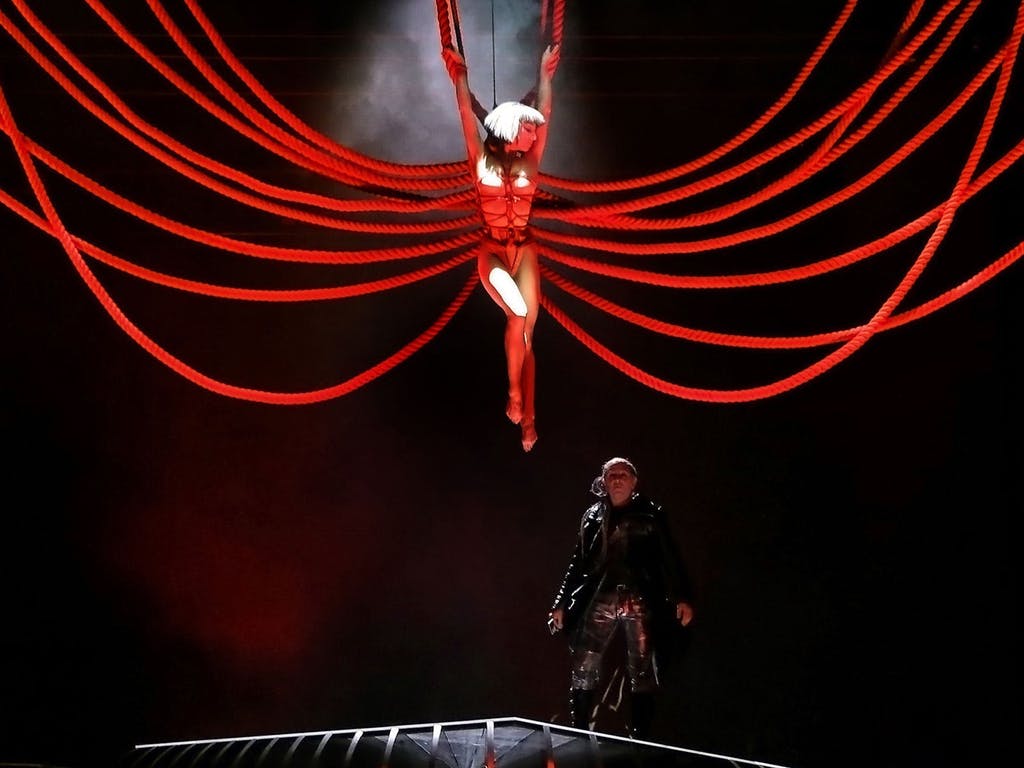 One of the world's most famous operas for $55? Yes please! But it's not as you'd expect...fresh visuals unite with tradition, this is "Madama Butterfly" as you've never seen before.

BWW Prompts: Which Show Has the Most Thrilling Choreography?

Chris Trousdale, Former Member of DREAM STREET Who Began Career on Broadway, Has Died at 34
BroadwayWorld is saddened to report that actor and musicians Chris Trousdale has passed away. TMZ has reported that he passed away due to COVID-19. He... (read more)

Lea Michele Responds to Being Called Out for Behavior on GLEE Set- 'We Can All Grow and Change...'
Lea has now issued an apology in response. 'I apologize for my behavior and for any pain which I have caused,' says Michele. 'We can all grow and chan... (read more)

PETER PAN LIVE!, Starring Allison Williams, Christopher Walken, Kelli O'Hara, Taylor Louderman, and More, Will Be Broadcast Online
Peter Pan Live! will be broadcast online as part of The Shows Must Go On! The show will launch this Friday at 2pm EDT (7pm BST) and be available for 4... (read more)

Randy Rainbow (Re)Reads Patti LuPone's Autobiography- The Reviews Are In for SUNSET BOULEVARD!

Before They Were Famous: Idina Menzel!