SHIRLEY AND ME Returns for Encore Performance 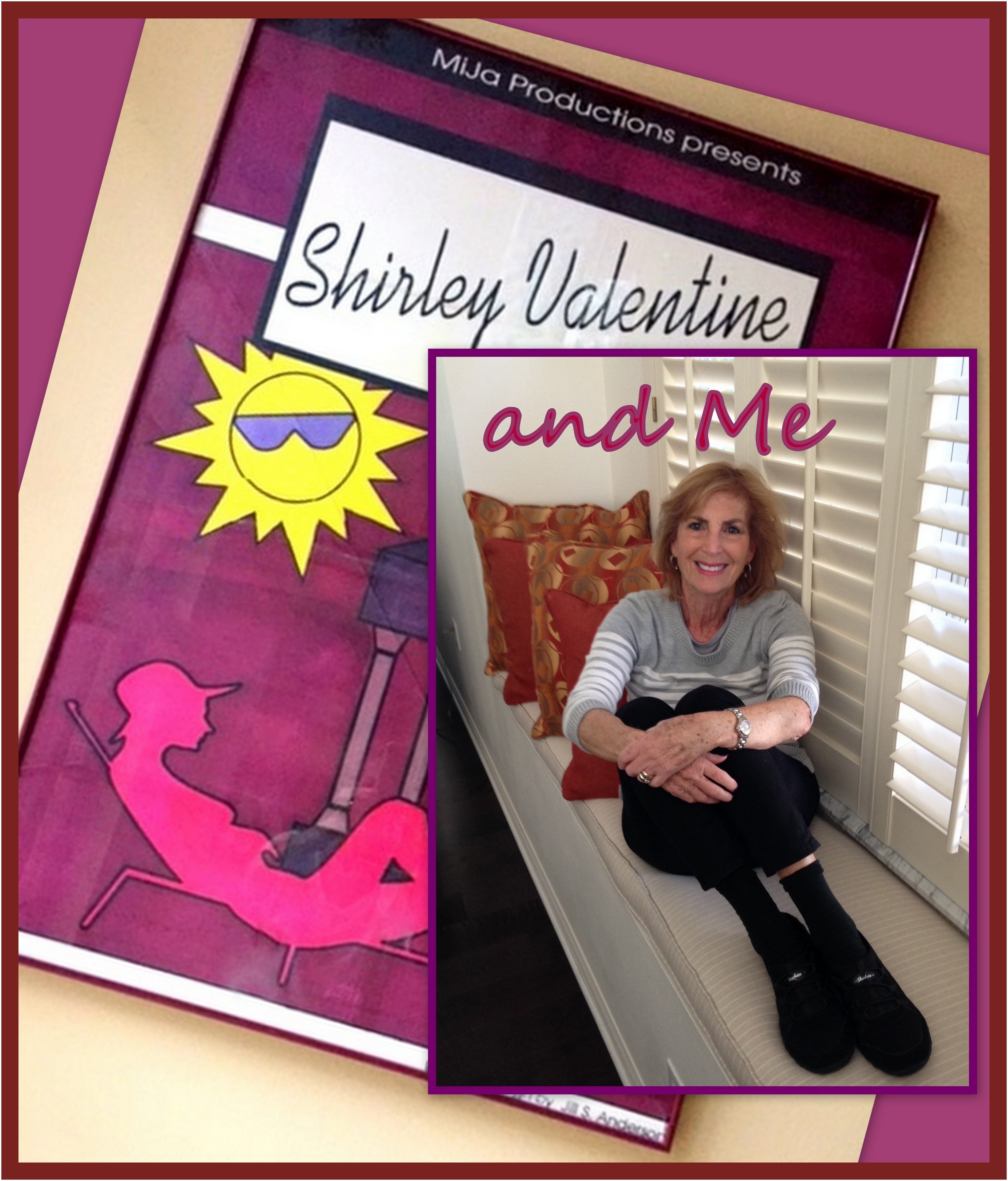 Sarasota actress/artist Jan Wallace's one woman play, SHIRLEY AND ME, is about her relationship over the years with the beloved theater and movie character "Shirley Valentine" (a not so young working class Liverpool lady who just takes off on holiday to Greece sans husband). Inspired from Jan Wallace's years of performing the award winning 1986 Willy Russell play, SHIRLEY VALENTINE, to theater audiences in Connecticut and the New York area. SHIRLEY AND ME allows Wallace to relive her experience of performing SHIRLEY VALENTINE with humor and honesty, exploring how it affected her then and how the character of "Shirley" inspires her now. She once again brings to life the character "Shirley Valentine" as she includes some memorable excerpts from this remarkable play.

Jan Wallace was thrilled to return to the 2017 SaraSolo Festival in her World Premiere of SHIRLEY AND ME. After attending a 2016 festival workshop, she presented an excerpt from an autobiographical piece that would be the seed for SHIRLEY AND ME at the 2016 SaraSolo Festival. In addition to her professional work in SHIRLEY VALENTINE, she has worked Off Broadway and in New York Regional theatres. Some of her favorite roles include Noises Off (Dotty Otley/Mrs. Clacket), The Prime of Miss Jean Brodie (Jean Brodie), and The Shadow Box (Maggie). Since moving to Sarasota Florida, she has performed at the Asolo Repertory Theatre, the Banyan Theater, the Glenridge Performing Arts Center and the Players Theater. She trained in London and New York.

Jan is taking SHIRLEY AND ME to New York's Planet Connections Theatre Festivity later in June. She will be doing six performances from June 17th through July 7th. The Planet Connections Festivity ?is New York's premiere eco-friendly/socially conscious not-for-profit arts festival.
Fostering a diverse cross-section of performances, the festivity seeks to inspire artists and audiences both creatively and fundamentally, in a festive atmosphere forming a community of like-minded artists. At the heart of the festivity are individuals striving to create professional, meaningful theatre, film, music and art, while?supporting organizations ?that give back to the community at large.

The organization Jan has chosen to support is the National Brain Tumor Society. Jan's husband Michael died from a Brain Tumor and she will therefore be dedicating her performances to him. The NBTS has created a web page for her and the link to donate is https://nbtsevents.braintumor.org/JanWallaceDonations . For information and reservations for Planet Connections Theatre Festivity, please go to www.planetconnectionstheatrefestivity.com .

Coming in 2018, Sarasota audiences can look for Jan Wallace in SHIRLEY VALENTINE at Sarasota's The Players Theater.

The SaraSolo Festival is one of Sarasota's most exciting new arts festivals. Beginning in 2015, its third season just completed January 27-February 5, 2017, the SaraSolo Festival provides a unique theatre experience, which celebrates the solo artist, showcasing an eclectic mix of 45-90 minute solo performances by national and International Artists - featuring music, dance, cabaret, comedy, performance art, stand-up, and storytelling, as well as historical, biographical and poetic plays. The Annual SaraSolo Festival is held on two weekends in January and/or February. For the Schedule, Tickets and Festival information, visit us online at www.sararsolo.org or contact us by email at gottavanorg@gmail.com.