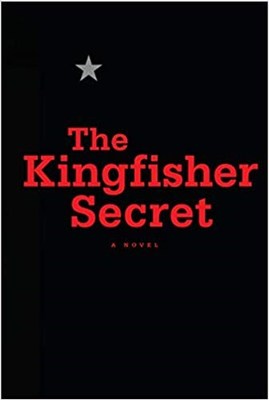 TORONTO, Oct. 1, 2018 /PRNewswire/ -McClelland & Stewart is pleased to announce that it will publish the political thriller THE KINGFISHER SECRET by Anonymous. Ripped from the headlines and inspired by tales, speculation and whispers from within the intelligence community, the highly charged novel of intrigue and deception will be published simultaneously by McClelland & Stewart in Canada and the United States, Heyne in Germany and Century in the United Kingdom on October 16, 2018. In addition, rights have been sold to Longanesi in Italy and Planeta in Spain who will publish THE KINGFISHER SECRET in 2019.

On the eve of the 2016 American election, journalist Grace Elliott has been working tirelessly on a story involving the controversial and wealthy tycoon who is running for President of the United States and a former porn star who is ready to go public with details of their affair. Yet, for political reasons, the publication that Grace works for decides to bury the story. She is then sent to Europe to resume her work as a ghostwriter for the candidate's ex-wife, a no-nonsense Czech businesswoman who "writes" a column for the publication. Grace soon stumbles on a shocking story about how the man who is about to be president has made it as far as he has, and the threat his election victory poses to the western world.

"It is a pleasure to publish this provocative book, which manages to be a great deal of fun while also asking important questions about how power and politics are shaping our global future," says Jared Bland, Publisher of McClelland & Stewart. "We hope readers around the world find the story as exhilarating as we do."

The author is a bestselling novelist and respected journalist. Late last year, the author was introduced to a successful international businessman who became a source for insights into the world of espionage. The author learned that the businessman had worked as an operative for intelligence organizations to infiltrate spy networks. Through his activities within the intelligence community, the businessman heard stories about Donald Trump and his ex-wife, Ivana. Some had speculated that Ivana might have been part of the "swallow" program; a documented Cold War tactic used to entrap and compromise men of influence and power, not only to gather information but to encourage behaviour that would fit the long-term goals of the Russian government. With that background, the businessman suggested the following premise for a novel to the author: There's a spy in the White House. Intrigued by the idea, the author travelled to Prague to visit the Institute for the Study of Totalitarian Regimes and other archives to research Ivana Trump and her family, only to learn that many of the files had been stolen or destroyed. At that point, the author's imagination took over and THE KINGFISHER SECRET came to life.

In publishing THE KINGFISHER SECRET, the author has decided to remain anonymous in order to protect the source's identity.

Japan: VIDEO: Clips of Barks, Karimloo, and More in CHESS in Japan

Netherlands: VIDEO: Willemijn Verkaik Sings 'She Used To Be Mine'

Houston: Pre-Broadway 1776, ROCK OF AGES, SISTER ACT and More to Be Presented in Theatre Under The Stars 2020-2021 Season

Miami: 60 Young Artists Have Been Nominated for 2020 U.S. Presidential Scholars in the Arts

Los Angeles: Reviews: Sting's THE LAST SHIP at the Ahmanson in Los Angeles

Charity Corner: Join the Miranda Family at a Private Performance of THE UNSINKABLE MOLLY BROWN