Honoring 20 years of award-winning and nationally recognized installation theatre in every corner of DC, Rorschach Theatre will present an electrifying season of things new and reimagined.

The season begins with a return to Qui Nguyen's action-packed SHE KILLS MONSTERS (2014), bringing audiences into the middle of every sword fight with an intimate promenade performance throughout the Atlas Performing Arts Center. It continues with THE TOXIC AVENGER! a musical based on the cult-classic Troma film about New Jersey's first superhero. The season will close with the world premiere of Georgette Kelly's timely F*CK LA VIE D'ARTISTE, a supernatural meditation on nation, belonging, and why we make (or give up on) art.

All events will be at Atlas Performing Arts Center unless otherwise noted.

(THE TOXIC AVENGER performs at the Silver Spring Black Box) 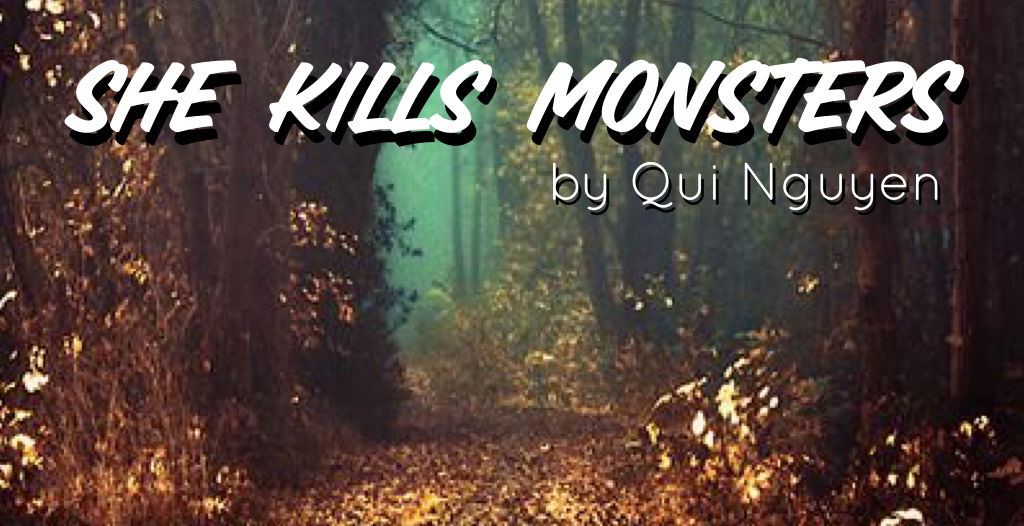 A comedic romp into the world of fantasy role-playing games, SHE KILLS MONSTERS tells the story of Agnes Evans as she leaves her childhood home in Ohio following the death of her teenage sister, Tilly. When Agnes finds Tilly's Dungeons & Dragons notebook, however, she stumbles into a journey of discovery and action-packed adventure in the imaginary world that was Tilly's refuge. In this high-octane dramatic comedy laden with homicidal fairies, nasty ogres, and 90s pop culture, acclaimed playwright Qui Nguyen offers a heart-pounding homage to the geek and warrior within us all.

"The production, directed with some clever touches by Randy Baker, is enveloped in a cheeky, pop-cultural nostalgia... [But] the affecting conclusion of "She Kills Monsters" affirms it as more than a glib riff on nerd culture. Agnes may have to become immersed in make-believe to connect with Tilly, but what she gains through all the shenanigans feels real." - The Washington Post (about the 2014 production)

Reimagined for 2019, this production will include site-specific elements that bring audiences into unseen places throughout the Atlas Performing Arts Center - in the elevator, to the basement, and well beyond the limits of the theatre.

Qui Nguyen is a playwright and TV/Film writer. His work, known for its innovative use of pop-culture, stage violence, puppetry, and multimedia, has been lauded as "Culturally Savvy Comedy" by The New York Times, "Tour de Force Theatre" by Time Out New York, and "Infectious Fun" by Variety. His plays include VIETGONE (2016 Steinberg Award, 2016 LADCC Ted Schmidt New Play Award, 2016 Kennedy Prize Finalist); POOR YELLA REDNECKS; LIVING DEAD IN DENMARK (Produced by Rorschach in 2009), among others. For TV/film, Qui's written for AMC, SYFY, PBS, and Marvel Studios, where he is an alumni of the Marvel Studios Writers Program. He currently writes for Netflix and Walt Disney Animation Studios. His company, Vampire Cowboys is often credited for being the pioneers of "geek theatre." 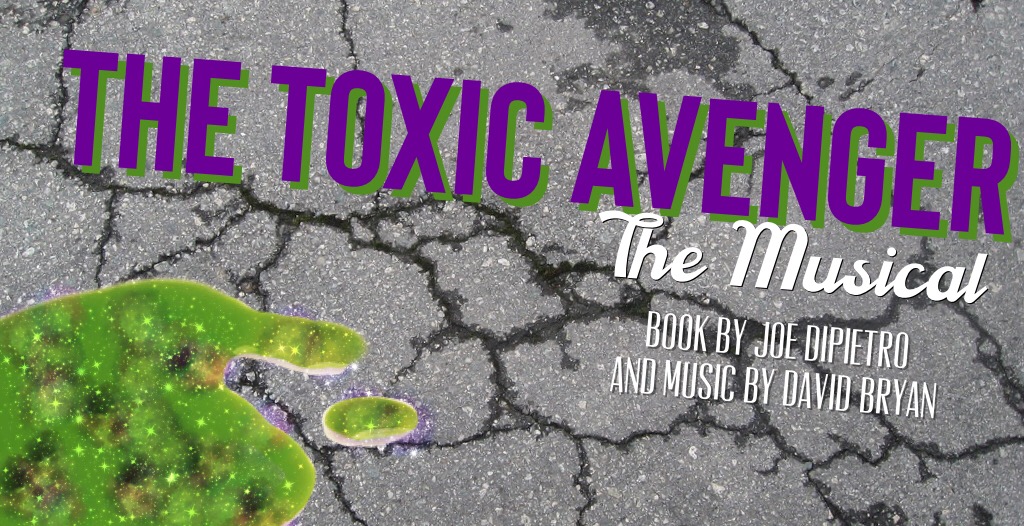 Melvin Ferd the Third, wants to clean up Tromaville, the most polluted town in New Jersey (just off Exit 13B on the Turnpike). Foiled by the mayor's bullies, Melvin is dumped into a vat of radioactive toxic waste, only to reemerge as The Toxic Avenger, New Jersey's first superhero. Affectionately known as Toxie, our new hero is a seven-foot mutant freak with superhuman strength and a heart as big as Newark. He's out to save New Jersey, end global warming, and woo the blind librarian in town.

Based on the cult classic Troma film, THE TOXIC AVENGER!, this musical is the kind of story we love to tell at Rorschach. It challenges us to stage the "impossible" and it prompts audiences to consider complicated issues without proselytizing - all while immersing the audience in a fun, stylish aesthetic (in this case 80s Hair Band Rock written by Bon Jovi keyboardist David Bryan!)

Joe DiPietro's Broadway hit MEMPHIS won the Tony Award for Best Musical and two additional Tony Awards (Best Book of a Musical, Best Original Score (Music and Lyrics) Written for the Theatre (with David Bryan). Joe was born and raised off Exit 166 in New Jersey and thus has been a TOXIC AVENGER fan for the last twenty years. Joe wrote the book & lyrics to I LOVE YOU, YOU'RE PERFECT, NOW CHANGE, the longest running musical revue in New York history which has had hundreds of productions across the country and around the world. His plays include the Edgar Award-winning mystery, THE ART OF MURDER, as well as the long-running hit comedy OVER THE RIVER AND THROUGH THE WOODS, which has had over a hundred productions around the world and is currently being developed into a feature film. He lives in Manhattan and Connecticut, but his heart will always be in New Jersey.

David Bryan is a singer/songwriter, composer, lyricist and the keyboard player and founding member of Bon Jovi. David Bryan lives near Exit 109 off the Garden State Parkway. He was conceived, born and raised in New Jersey. As a young man, he saw The Toxic Avenger at a midnight showing in Newark, and from that day on, he dreamed of writing a musical about the first mutant superhero from his home state. This show is a fulfillment of that dream. In his time off from recording and touring with Bon Jovi, David began a career as a composer and lyricist of musicals, including MEMPHIS which recently won four Tony Awards, including Best Musical. David also won a Tony for Best Orchestrations (with Daryl Waters) and Best Original Score (Music and Lyrics) written for the Theatre (with Joe DiPietro). 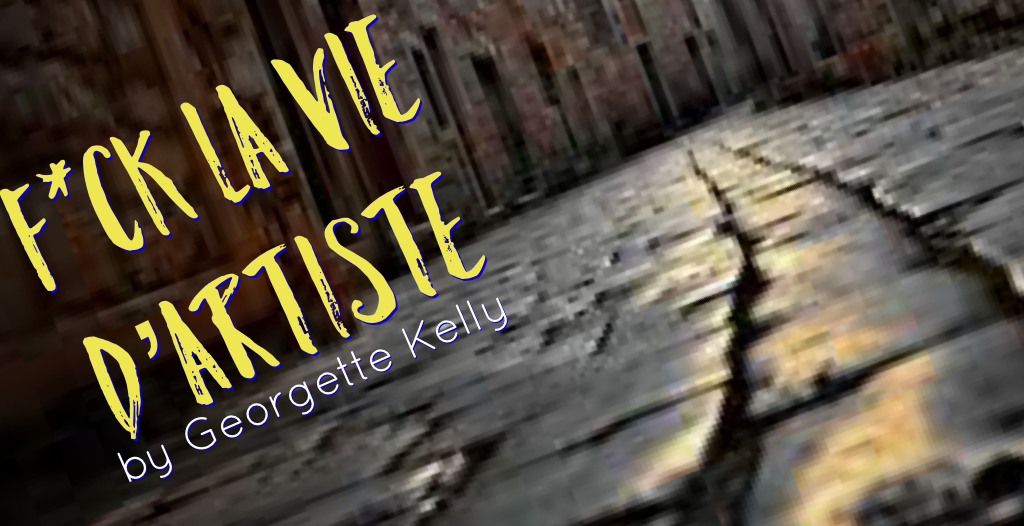 France, 2005: Zenab is an aspiring French-Moroccan artist, stuck giving tours of the room where Vincent Van Gogh died. When Vincent's ghost begins to speak to her, she finds herself torn between her art and Avery, the American woman she's fallen in love with. Meanwhile, race riots explode near Paris after two youths of color are killed in a police chase. Zenab joins the riots, easel in hand, to paint her own version of France-one that digs deeper than the postcard-perfect veneer sold to tourists. Based on the true story of Bouna Traoré, 15 and Zyed Benna, 17, whose deaths inspired weeks of sustained rioting across France, this play asks the question: what does it mean when your own country sees you as an outsider?

GEORGETTE KELLY is a playwright with one foot in Chicago and the other in New York. Her play I CARRY YOUR HEART received the inaugural Hope on Stage Playwriting Award, accompanied by a rolling world premiere, and BALLAST was featured on The Kilroys List and received the Craig Noel Award for Outstanding New Play. Other plays include: NORTH STAR, PORTRAIT (HOLDING A MIRROR), FAITH IN A FALLEN WORLD, IN THE BELLY OF THE WHALE, F*CK LA VIE D'ARTISTE, HOW TO HERO, and an adaptation of Jeanette Winterson's LIGHTHOUSEKEEPING. Georgette's work has been developed with The Kennedy Center, The National New Play Network, The DC Source Festival, The Alliance Theatre, Diversionary Theatre, and Chicago's DCASE. She is a resident playwright at Chicago Dramatists, a member of the Dramatists Guild of America, and she has participated in residencies at the Tofte Lake Center, the National Winter Playwrights Retreat, and terraNOVA Groundbreakers Playwrights Group. Georgette holds a B.A. in Performance Studies from Northwestern University and an M.F.A. in Playwriting from Hunter College, where she studied with Tina Howe, Arthur Kopit, and Mark Bly.

Rorschach leads a partnership with six theatres for 50+ emerging artists to benefit from mentorship and networking opportunities when they create 12 new plays in 10 days.

OTHER PEOPLE'S INK: Monthly throughout the season

The Rorschach team curates monthly urban adventures where our artists and audience come together to explore art galleries, cinema, author events and other adventures that feature work with a Rorschach flavor: Other People's Ink.

Rorschach's Stage Combat training program, led by Casey Kaleba, Rorschach Theatre's resident Fight Choreographer. Classes available for all levels of experience will be offered in the summer of 2020.

Through uncommon uses of environment and intimate passionate performances, Rorschach Theatre seeks to lure its audiences beyond the limits of ordinary theatrical experience so that they may discover new elements of their own humanity.

Rorschach Theatre tells stories that allow for innovative design and visceral performances. The company treats productions as "installations" that surround the audience with the world of a play. Our work centers on the intersection of magic or impossible moments and relatable human experience. Without proselytizing, it provides a complex, intellectual catalyst for self-exploration of challenging subjects.

Rorschach is a vital launching pad for emerging artists. By trusting early-career actors, directors, playwrights and designers with substantive artistic responsibilities, and surrounding them with established professionals and ample resources, the company has become an essential showcase for new talent. In addition to the regular season, Rorschach produces "Magic in Rough Spaces," an annual new play development series; "Klecksography," an annual new artist development event (for actors, local playwrights and directors); and "Fight Camp," a stage combat training program held every summer. The company also organizes "Other People's Ink:An Entertainment Curation Society," that hosts a monthly urban adventure that explores artistic work in other genres that is similar to the company's aesthetic. OPI includes a book club partnership with Solid State Books on H Street NE.

Rorschach has produced more than fifty plays seen by tens of thousands of people in the Washington area. The company has been nominated for over a dozen Helen Hayes Awards; won a Mary Goldwater Award; been a finalist for the Mayor's Arts Award; and have been the recipients of multiple grants and awards from the DC Commission on the Arts and Humanities. The company's work has garnered the attention of The New York Times, The Washington Post, American Theatre magazine and National Public Radio, as well as countless local publications.

BWW Review: All Praise THE AMEN CORNER at The Shakespeare Theatre

Review: PHANTOM OF THE OPERA at Synetic Theater