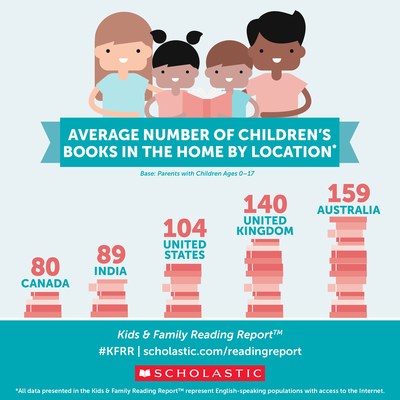 BWW Review: MULA SA BUWAN's Retelling of 'Cyrano' Captivates the Pinoy Audience
by Jude Buot - Nov 22, 2018
With a creative vision accompanied by an infectious musical score and punctuated by powerful and authentic performances, 'Mula sa Buwan,' no wonder, is shaping up to be a musical that will be well-remembered long after its final bow. Now in its third and (as they promoted it) last run, I saw the show three times to make up for the missed opportunity of seeing it the previous years. My fondness for this musical just keeps on growing each time I see it and I feel very strongly that a show of this nature is not meant to disappear forever.

Esto Es Tulum Presents The Martinez Brothers on New Year's Eve
by TV News Desk - Nov 20, 2019
Making their return to the captivating site of Cenote Casa Tortuga for Esto es Tulum this December 31st, contemporary electronic music icons, The Martinez Brothers are revealed for NYE 2019.
BAFTA Announces Finalists for 2012 Young Game Designers Competition
by TV News Desk - Nov 16, 2012
The British Academy of Film and Television Arts (BAFTA) has today announced the nominations for the 2012 BAFTA Young Game Designers competition for 11-16 year-olds which, for the first time this year, consists of two honours
SNOW drifts at Spirit of Broadway through June 5
by Jacques Lamarre - May 30, 2011
With a melodic score and a dizzying 1960s backdrop, SNOW blows into Norwich's The Spirit of Broadway.
Disney Channel to Unveil New Logo, On-Air Look Tomorrow
by TV News Desk - May 22, 2014
Disney Channel will launch a vibrant new channel logo and overall on-air graphics design on FRIDAY, MAY 23 in the U.S. and on each of the other 42 Disney Channels worldwide this year. All interstitial programming, identification spots and programming menus will feature the new logo, style and palette. The design provides the unified global business with a creative, contemporary new look that authentically celebrates the faces, families and environments of Disney Channel viewers throughout the world.
Disney Channel & Disney XD Announce Star-Filled D23 Expo 2017 Events
by TV News Desk - May 17, 2017
Disney Channel, Disney XD, and Disney Junior will present one-of-a-kind experiences for kids and families during D23 Expo 2017, the ultimate Disney fan event, taking place FRIDAY, JULY 14–SUNDAY, JULY 16 at the Anaheim Convention Center in Anaheim, California.
Bill Burr to Bring Latest Tour to NJPAC, 6/17
by BWW News Desk - Mar 8, 2016
) New Jersey Performing Arts Center (NJPAC) is proud to announce The Third Party Tour starring comedian and actor BILL BURR who comes to NJPAC's Prudential Hall for two exciting performances on Friday, June 17 at 7PM & 9:30PM. Bill Burr first gained notoriety for his recurring role on the second season of Chappelle's Show, he developed a comedic style of uninformed logic that has made him a regular with Conan O'Brien and Jimmy Fallon. Bill Burr stars in the highly acclaimed animated Netflix series, F Is For Family co-starring Laura Dern and Justin Long as the Murphy family.  He was recently seen in the hysterically funny Mark Wahlberg and Will Ferrell film, Daddy's Home and he co-stars opposite Kevin Costner in the indie film, Black or White, which recently made its World Premiere at The Toronto International Film Festival.

BWW Review: PICTURES OF DORIAN GRAY, Jermyn Street Theatre
by Cindy Marcolina - Jun 16, 2019
Tom Littler's latest venture is a glorious four-version take on Oscar Wilde's masterpiece The Picture of Dorian Gray, adapted by Lucy Shaw. They examine the original text and extrapolate its myth, stripping it down to its core and leaving the soul of the story bare for everyone to see. Shaw becomes one with Wilde, using the elegance of his seminal material to write a poetic play that might as well have come from the man himself, while Littler orchestrates the script with elegant passion.

Pre-Market Research Reports on General Building Materials Stocks -- Owens Corning, Summit Materials, USG Corp., and Vulcan Materials
by BWW News Desk - Jul 31, 2018
Disney Junior, A 24-Hour Basic Cable and Satellite Channel for Kids Age 2-7, Set to Launch 3/23
by TV News Desk - Jan 9, 2012
Disney Junior, a 24-hour basic cable/satellite channel expressly for kids age 2-7 and their parents/caregivers, will launch FRIDAY, MARCH 23 (12:00 midnight, ET/PT) in the U.S., joining 28 other Disney Junior channels around the world.
Tungsten Rings Teams up with Reseller Ratings
by BWW News Desk - Jan 31, 2013
High standards when it comes to service, Tungsten Fashions is taking online shopper confidence to a new level in their partnership with Reseller Ratings. Prospective tungsten wedding bands and tungsten rings' customers can now log on to read verified Tungsten Fashions customer reviews at Reseller's third-party reviews website.
NewFilmmakers NY to Screen College Film Program and Comedy Marathon, Today
by BWW News Desk - Jan 30, 2013
On Today, January 30th, New Filmmakers presents its College Film Program and a Comedy Marathon.
NewFilmmakers NY to Screen College Film Program and Comedy Marathon, 1/30
by Movies News Desk - Jan 21, 2013
On Wednesday, January 30th, New Filmmakers presents its College Film Program and a Comedy Marathon.
DiamondRock Hospitality Acquires Times Square Hotel
by BWW News Desk - Jan 18, 2011
DiamondRock Hospitality Company (the 'Company') (NYSE: DRH) today announced that it has entered into a purchase and sale agreement to acquire, upon completion (expected in 2013), a hotel property under development on West 42nd Street in Times Square, New York City (the 'Hotel'). Upon completion by the third-party developer, the Hotel is expected to contain approximately 250 to 300 guest rooms. The contractual purchase price will range from approximately $112.5 million to $135 million, depending upon the final number of guest rooms, or approximately $450,000 per guest room. The number of guestrooms could be increased to approximately 400 guest rooms if certain required permits, approvals and consents are obtained, which would result in the contractual purchase price increasing to approximately $178 million, or $445,000 per guest room. The contract is for a fixed-price (which varies only by total guest rooms built and the completion date for the Hotel) and DiamondRock is not assuming any construction risk, including not assuming the risk of construction cost overruns.

Third Man Records Announce New Brendan Benson Vinyl 7'
by BWW News Desk - Jan 17, 2018
Third Man Records has announced a new single from Brendan Benson, 'Half a Boy (and Half a Man)', his first solo single for the label.
Walt Brown Presents New Memoir, A FLY ON THE WALL
by BWW News Desk - Jan 17, 2014
From the field, the press box and the locker room, former radio and television sportscaster, Walt Brown, brought the plays and the players into the homes of millions of people. In his new book, 'A Fly on the Wall,' Walt Brown reflects on a lifetime of observing and meeting the greatest celebrities and their events of the last 50 years. From Willie Mays in the outfield, to Indy-car drivers, to football's 'Game of the Century,' he's been through it all. 'Celebrities often put up a different front for the public,' said Brown. 'You can really get to know your heroes as humans when you've got the advantage of being the third party in the room.'
Disney Junior Cable Channel Set to Launch in U.S. 3/23
by TV News Desk - Jan 11, 2012
Disney Junior, a 24-hour basic cable/satellite channel expressly for kids age 2-7 and their parents/caregivers, will launch FRIDAY, MARCH 23 (12:00 midnight, ET/PT) in the U.S., joining 28 other Disney Junior channels around the world.

Google Cracks Down On Scalping By Vetting Broadway Ticket Resellers
by Nicole Ciravolo - Jan 10, 2018
Google may be on the right track towards cracking down on those scalped, $1,000+ tickets. The #1 Internet search engine has began the process of vetting Broadway ticket resellers in an effort to reduce the number of notoriously expensive scalpers. Google wishes to remove these sellers from their top results by requiring an inspection that must be passed in order to receive advertisement on their website. This will hopefully clarify to online ticket customers which sites are real Broadway ticket vendors and which are deceptive ones.
Lionsgate Reports Third Quarter Revenue
by BWW News Desk - Feb 5, 2015
Lionsgate (NYSE: LGF), a premier next generation global content leader, today reported revenue of $751.3 million, adjusted EBITDA of $146.8 million, adjusted net income of $110.0 million or $0.79 adjusted basic net income per share and net income of $98.2 million or $0.70 basic net income per share for the third quarter of fiscal 2015 (quarter ended December 31, 2014).