BRIC Announces Free Outdoor Concert, Headlined By Antibalas
by BWW News Desk - Sep 5, 2018
BRIC is pleased to announce a free concert by Brooklyn afrobeat juggernaut Antibalas on October 13,co-presented by the Downtown Brooklyn Partnership (DBP) at The Plaza at 300 Ashland, to kick off the 2018 BRIC JazzFest. The announcement completes the programming for the fourth edition of the celebrated Brooklyn jazz festival, called a "proudly eclectic gathering [that] remains unbounded by convention" (New Yorker), and continues a yearlong celebration to cap off four decades for the pioneering NYC arts-and-media organization and leading presenter of free cultural programming in Brooklyn. 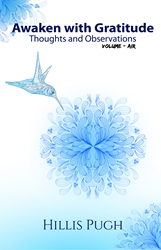 Westport Country Playhouse Holds Reading of I HATE HAMLET Featuring Mary Beth Peil, Allison Altman, and More
by BWW News Desk - Oct 22, 2018
Westport Country Playhouse will present a Script in Hand playreading of "I Hate Hamlet," the comedy that conjures the ghost of actor John Barrymore, on Monday, November 5, at 7 p.m.  Barrymore will be played by four-time Tony Award winner Boyd Gaines. Written by Paul Rudnick, the reading will be directed by Anne Keefe, Playhouse associate artist and curator of the playreading series. Tickets are $20 each.

Moisés Kaufman to Direct Berkeley Rep's PARADISE SQUARE: AN AMERICAN MUSICAL, A.J. Shively, Kennedy Caughell, and More Star
by BWW News Desk - Nov 7, 2018
Berkeley Repertory Theatre today announced the full cast and creative team for Paradise Square: An American Musical. The world premiere is helmed by acclaimed director Moises Kaufman, with choreography by the legendary Bill T. Jones and a book by Marcus Gardley, Craig Lucas, and Larry Kirwan. Music by Jason Howland and Larry Kirwan, with lyrics by Nathan Tysen, and based on the songs of Stephen Foster. Paradise Square is produced by special arrangement with Garth H. Drabinsky in association with Peter LeDonne and Teatro Proscenium Limited Partnership.

Broadway at the Cabaret: Natalie Weiss, Alice Ripley, Lesli Margherita & More!
by BWW News Desk - May 6, 2018
What good is sitting alone in your room this week? If you don't already have plans to see a Broadway show, come out to see your favorite Broadway stars in a cabaret act instead. Highlights this week include:

BWW Interview: Linda Lavin Is Living for Her Cafe Carlyle Debut!
by Richard Ridge - May 3, 2018
For over five plus decades Linda Lavin has enraptured audiences on stage, screen and television. She won the triple crown- Tony, Drama Desk and Outer Critics Circle Awards for her heart -breaking performance in Neil Simon's 'Broadway Bound'. She is known to million of fans as 'Alice' on her 9 -year ground breaking TV Series for which she won two Golden Globes. Celebrated playwrights Nicky Silver, Donald Margulies, Richard Greenberg and Charles Busch have written memorable and award winning roles for her. This renaissance woman does everything.

HAIRSPRAY Performs at Theatre Memphis in June
by Sarah Hookey - May 21, 2019
Hairspray, a Tony Award winner for Best Musical, performs on the Lohrey Stage at Theatre Memphis June 7 -30, 2019. Co-directed and co-choreographed by Jordan Nichols and Travis Bradley, this high energy American musical is set in Baltimore, Maryland, in 1962. Tracy Turnblad's dream is to be on The Corny Collins Show, a local TV dance show.

HAIRSPRAY Comes To Theatre Memphis
by BWW News Desk - May 17, 2019
Hairspray, a Tony Award winner for Best Musical, performs on the Lohrey Stage at Theatre Memphis June 7 -30, 2019. Co-directed and co-choreographed by Jordan Nichols and Travis Bradley, this high energy American musical is set in Baltimore, Maryland, in 1962.

Broadway at the Cabaret: Katharine McPhee, Eva Noblezada, Jennifer Sanchez & More!
by BWW News Desk - May 13, 2018
What good is sitting alone in your room this week? If you don't already have plans to see a Broadway show, come out to see your favorite Broadway stars in a cabaret act instead. Highlights this week include:

THE SHAKESPEARE CONSPIRACY Begins Previews At Theater Row, 4/20
by BWW News Desk - Mar 21, 2018
Fledgling Theatre Company, under the Artistic Direction of Matthew Dalton Lynch has announced dates for the New York Premiere of Ted Bacino and Rufus Cadigan's THE SHAKESPEARE CONSPIRACY, a new play (based on Mr. Bacino's book of the same title) that explores the greatest literary deception of all time. The production is directed by Jeremy Karafin and will run April 20th - May 5th in the Studio Theatre at Theatre Row (410 West 42nd Street). The official opening will be on Tuesday, April 27 at 7:30PM. It will run as part of the first annual BATTLE OF THE BARDS: THE CHRISTOPHER MARLOWE FESTIVAL, a new six week festival that features two original plays about William Shakespeare & Christopher Marlowe and chronicles the life that Marlowe would have lived as a fugitive, hiding not only his gay sexuality, but also his identity as the actual author of Shakespeare's works.

USITT Announces New Fund-Raising Campaign
by BWW News Desk - Mar 20, 2019
This morning at the Annual Meeting of the USITT membership, a major fund-raising initiative was announced that will culminate with the Institute's 60th anniversary in 2020. The campaign, Setting the Next Stage, was announced by Immediate Past President Mark Shanda.

BRIC Announces Full Lineup For Fourth Annual BRIC JazzFest
by BWW News Desk - Jul 31, 2018
BRIC has announced full programming for the 2018 BRIC JazzFest, the fourth annual edition of the celebrated Brooklyn jazz festival, whichcontinues a yearlong celebration to cap off four decades for the pioneering NYC arts-and-media organization and leading presenter of free cultural programming in Brooklyn. The multidisciplinary festival takes place over the course of a week (October 13-20) and thrives as what the New Yorker calls a "proudly eclectic gathering [that] remains unbounded by convention." This year's edition will feature film, dance, a panel discussion, workshops, and culminates with a three-night concert marathon, with performances occurring simultaneously throughout the various spaces comprising the dynamic BRIC House (647 Fulton Street, Brooklyn). For its 40th anniversary, BRIC has commissioned rising star trumpeter Keyon Harrold to write a new piece of music which will have its world premiere at the 2018 BRIC JazzFest. 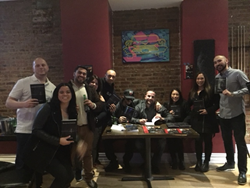 Urban Stages To Present The New York Premiere Of The Critically Acclaimed Play DOGS OF RWANDA
by BWW News Desk - Jan 31, 2018
Urban Stages (Frances Hill, Founding Artistic Director), will close its 34th season with the New York Premiere of Sean Christopher Lewis's DOGS OF RWANDA, directed by Frances Hill and Peter Napolitano. This limited engagement at Urban Stages (259 West 30th Street), begins performances on Friday, March 9, opens on Monday, March 12 and will run through Saturday, March 31, 2018. Tickets for are $35 ($25 during previews; $50 on opening and $15 student rush) and may be purchased via OvationTix at www.urbanstages.org or by phone at 1.866.811.4111.

Sara Porkalob THE ANGEL IN THE HOUSE Announced At Culinarium At Nordo
by BWW News Desk - Jan 30, 2020
Nordo is proud to present Seattle Times' a?oemover and shaker of the next decade,a?? Sara Porkalob's latest work, The Angel in the House. The play is a Victorian revenge thriller set in high society England at the turn of the 19th century. Forbidden love, secret betrayal, and unfolding prophecy is set to a decadent four-course meal. Cleverly scripted, this gothic tale exposes dark longings and their unpredictable consequences in Nordo's Culinarium February 9 - March 15, 2019.

Hart House Theatre Presents OH, WHAT A LOVELY WAR!
by BWW News Desk - Jan 30, 2020
Hart House Theatre presents a modern interpretation of a play with music Oh, What a Lovely War! Toronto, Ontario - Opening on February 28, Hart House Theatre continues to mark its 100th Anniversary Season with a show that salutes the House's past connection to the war effort; all through the lens of modern video-gamers and avatars.This re-imagined classic play with music sees the debut of Director Autumn Smith to our stage and takes full advantage of what Hart House Theatre has to offer: featuring showcase performances by trained, emergent talent, who are supported by a professional production team and a dedicated, large audience.

BWW Review: SENSE & SENSIBILITY at IRISH CLASSICAL THEATRE
by Michael Rabice - Jan 28, 2019
Everything old is new again. But who would think the new century would have 19th Century literature resurfacing in the form of theatrical plays. This season Buffalo has seen Jane Austen's 'Pride and Prejudice' characters in the new play MISS BENNETT: CHRISTMAS AT PEMBERLEY at Shea's 710 Theatre. But a good story is a good story. So in re-examining the age old hunt for an eligible bachelor we now bring to the stage Austen's SENSE & SENSIBILITY, that notable work that explores the issues of class, courting, and attaining the perfect husband. With some updating of the era and costumes, this timeless tale could allow Austen's often melodramatic story to play out as a 2019 romantic comedy feature film.

New Furniture Exhibition Opens At The David Roche Foundation
by BWW News Desk - Feb 5, 2019
The David Roche Foundation, has opened a new exhibition The Pursuit of Pattern which showcases more than 50 rare and exquisite works of art, most of which have not been previously seen, that explore the fashion for inlaid surface patterns on furniture, objets d'art and jewellery. Each item highlights the superb workmanship that was achieved through materials and techniques mastered in the 18th and 19th centuries which are now largely lost.

Linda Lavin Makes Cafe Carlyle Debut
by BWW News Desk - Feb 5, 2018
Acclaimed singer/actress Linda Lavin makes her Cafe Carlyle debut with My Second Farewell Concert, May 8-19. Linda Lavin has won a Tony Award, as well as Drama Desk, Outer Critics' and Helen Hayes Award for her performance in Broadway Bound in 1987. She is a six-time Tony award nominee for her roles in The Last of the Red Hot Lovers, The Diary of Anne Frank, The Tale of the Allergist's Wife, Collected Stories and The Lyons. In 2011, Linda Lavin released her first album, Possibilities, a collection of jazz standards and show tunes.My Second Farewell Concert features Billy Stritch, her music director, and her husband Steve Bakunas at the drums.

Meet The Cast Of HAPPIEST PLACE ON EARTH By Philip Dawkins
by BWW News Desk - Feb 14, 2018
Once upon a time in 1955, a magical kingdom was built on the founding principles of dreams, American idealism, and our wildest hopes. Eight years later, a quintessential American family reeling from the loss of their King embarks on a quest for restoration and deliverance in this kingdom. 50 years later, their expedition is brought to dazzling life in an effort to understand one's place in family, the American way, and whether happiness is truly a place where dreams come true. 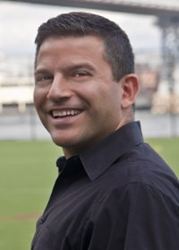 Stratford Festival 2020 Announces 15 Plays, A New Theatre, and More
by BWW News Desk - Aug 13, 2019
Colm Feore will utter the first words on the Stratford Festival's newest stage, an echo of the inaugural performance in 1953, when Alec Guinness's opening speech in Richard III anticipated the a?oeglorious summera?? that was to come for Stratford. Feore, an internationally acclaimed stage and screen actor, is just one of a diverse company of accomplished actors who will present a repertory season of 15 productions in four remarkable theatres.

Reviews: WEST SIDE STORY Opens On Broadway - See What the Critics Are Saying!