Sellout Crowds Flock To Gainesville's Next Tornado
by BWW News Desk - Oct 26, 2018
Another tornado heads to Gainesville as GTA sells out "The Wizard of Oz" before its Nov. 6 opening

BWW Review: MACBETH at WA Opera
by Cicely Binford - Oct 22, 2019
a?oeDouble, double, toil and troublea?? has made its way to His Majesty's Theatre, but instead of this famous line being spoken by the usual three witches, it (or an approximation of it) is sung in Italian by eighteen classically trained witches. WA Opera's production of Giuseppe Verdi's Macbeth opened Saturday night, delivering a dark, dense and demanding rendition of Shakespeare's classic play. 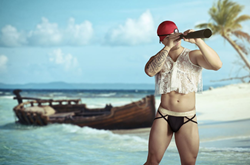 BWW Review: SON OF A PREACHER MAN, King's Theatre, Edinburgh
by Natalie O'Donoghue - Oct 18, 2017
Featuring the greatest hits of Dusty Springfield, including 'The Look Of Love', 'I Only Want To Be With You', 'Spooky' and of course, the classic 'Son Of A Preacher Man', this sparklingly funny and sweetly touching new musical play by internationally-renowned writer Warner Brown will have you laughing, crying and singing your heart out to some of the greatest songs ever written.
BWW Review: UNNECESSARY FARCE at Playhouse On Park
by Joseph Harrison - Nov 7, 2016
Lately, there have been a lot of slamming doors on Park Road in West Hartford. In its latest production, UNNECESSARY FARCE by Paul Slade Smith, Playhouse on Park gives audiences a fun romp filled with mistaken identities, the Scottish mafia, bumbling crooks (and equally bumbling police officers) and as mentioned, slamming doors - eight of them to be exact.
November Brings Holiday Cheer and New Light Show to The LINQ Promenade
by BWW News Desk - Nov 2, 2016
The LINQ Promenade - Caesars Entertainment's open-air shopping, dining and entertainment district at the center of the Las Vegas Strip - prepares to celebrate the holiday season with the kickoff of Winter PARQ. Guests can join in the festivities that include a tree lighting celebration, nightly snowfall with live entertainment, a pre-Thanksgiving pub crawl and a new light show.

Review Roundup: BRIGADOON, Starring Kelli O'Hara and Patrick Wilson, Opens at City Center
by Review Roundups - Nov 16, 2017
New York City Center brings the Lerner and Loewe classic, Brigadoon, out of the Highlands mist for the musical's 70th anniversary in a star-studded concert production that unites celebrated talents from the worlds of stage and screen. The show just celebrated its gala opening last night - let's see what the critics had to say below!

BWW Feature: A MIDSUMMER NIGHT'S DREAM at University Of Texas At Arlington
by Samantha Shepherd - Nov 14, 2017
Hey there BroadwayWorld! This week I got to catch up with the cast of A Midsummer Night's Dream that is opening THIS WEDNESDAY at the University of Texas at Arlington! Now, this is one of the most friendly and hard working casts I have ever had the pleasure of interacting with and you will be sure to see that through their performance! A Midsummer Night's Dream is one of William Shakespeare's most performed plays even though the comedy was not well received in his time! Get your tickets now at www.utatickets.com

BWW Review: Starship Boobieprize and STAR CHIX Soars into Dunedin Community Theatre
by Deborah Bostock-Kelley - May 6, 2018
If you're expecting dramatic works like Jekyll & Hyde, The Miracle Worker, or The Tempest (though there was some unexpected Shakespeare - 'cause why not), then you didn't read the title on the playbill. This was a 120-minute journey into the unknown... a galaxy far, far away on Starship Boobieprize.

Photo Flash: Circle Theatre Presents UNNECESSARY FARCE
by BWW News Desk - May 30, 2019
Circle Theatre continues its 67th Main Stage season with Unnecessary Farce, a play by Paul Slade Smith, opening on Thursday, May 30, at 7:30 p.m. inside the Performing Arts Center on the campus of Aquinas College.

BWW Review: Works Old and New Show THEA MUSGRAVE Still the Life of the Party
by Richard Sasanow - May 29, 2018
Now into her 10th decade, the venerable composer Thea Musgrave is still full-steam ahead. The Scotch-born musician celebrated her 90th birthday last night (May 27) at a New York concert with world premieres, US premieres and NY premieres.

BWW REVIEW: Bobby Fox Treats Sydney Opera House Audience To The World Premiere Of His New Cabaret THE IRISH BOY
by Jade Kops - Jun 8, 2019
A treat of traditional and contemporary music, Irish hard-shoe dancing and amusing personal stories of growing up in Longford Ireland, THE IRISH BOY is an entertaining insight into Bobby Fox's background.

Boozy Skunkton Sends Cast of ATOMIC SALOON SHOW off to Scotland to Raid Local Distilleries Before Las Vegas Premiere
by Sarah Hookey - Jun 26, 2019
Madam Boozy Skunkton has finally completed casting for ATOMIC SALOON SHOW,which opens at The Grand Canal Shoppes at The Venetian Resort in September. The only problem now is the shocking discovery that her bar shelves are as dry as a dead donkey.

CNBC Programming Schedule For The Weeks 7/9 and 7/16
by BWW News Desk - Jun 19, 2018
CNBC Programming Schedule For The Weeks 7/9 and 7/16
BWW Review: THE GREAT BIKE RACE at Theatre On The Square
by Melissa Hall - Jun 13, 2017
And they're off! The 2014 IndyFringe Festival favorite is back in a full-length format. The Great Bike Race tells the store of the second running of the Tour de France in the most hilarious way possible. It was vicious, with cyclist cheating their way to the finish line, willing to sabotage anyone who crossed their path.
MCCC's Kelsey Theatre Announces 2016-17 Season
by BWW News Desk - Jul 28, 2016
Mercer County Community College's (MCCC's) Kelsey Theatre has announced its upcoming season and it's a blockbuster by any measure - packed with Broadway hits, family favorites, special holiday performances, and shows for the younger set. Says M. Kitty Getlik, Kelsey's Artistic Director, 'As the college celebrates its 50th anniversary, we have created a lineup worthy of that milestone.' She notes the major Broadway shows on this year's schedule including 'Miss Saigon,' Lin Manuel-Miranda's 'In the Heights,' 'Billy Elliot, The Musical,' and Disney's 'A Little Mermaid.' Rounding out the schedule are comedies, dance and the Kelsey Kids Series, offering six shows for the younger set. PlayFest 2017, the college's - and the state's - very first new play festival for current and former community college students takes place in March.

EDINBURGH 2019: SCOTLAND! Q&A
by Natalie O'Donoghue - Jul 22, 2019
BWW catches up with Late Bloomers, the team behind Scotland! to chat about bringing the show to the 2019 Edinburgh Festival Fringe.
January Brings a New Year and New Specials at The LINQ Promenade
by BWW News Desk - Jan 5, 2017
The LINQ Promenade - Caesars Entertainment's open-air shopping, dining and entertainment district at the center of the Las Vegas Strip - celebrates the beginning of 2017 with Chinese New Year and football specials throughout the month of January. Guests can also enjoy daily specials and entertainment throughout the promenade.

Scots Author Ready to Rock Down Under
by BWW News Desk - Jan 30, 2018
With arguably his most exciting, enthusiastic and inspirational author events ever, children's writer Stuart Reid's world book tour heads to Hong Kong and Australia, as he brings his books about butts, boogers and big bottom burps to the Adelaide Festival.

The Flying Karamazow Brothers to Thrill the Majestic
by BWW News Desk - Jan 28, 2019
A zany showcase filled with laugh-out-loud comedy, wild theatrics, arcane errata, and astonishing juggling feats. If you see one group of multi-faceted new-vaudevillians at the apex of their ambidextrous and alliterative ability, see The Flying Karamazov Brothers at the Majestic Theater, Gettysburg, Pa on Friday, March 1, 2019 at 7:30p.m.. They are not your father's wild-haired, juggling, flame-throwing, kilt-and-tutu-wearing performers.  We'll be laughing out loud with you! This show is made possible by The J. William Warehime Foundation of the Majestic Theater's Centennial Endowment.

Photo Flash: Farmington Players Barn Presents UNNECESSARY FARCE
by BWW News Desk - Jan 27, 2020
Get ready to laugh your heart out at a nonsensical comedy abut a sting operation gone wild.  Unnecessary Farce runs February 7th  through 22nd  at the Farmington Players Barn in Farmington Hills, Michigan .
Canadian Premiere Of MY NIGHT WITH REG At Panasonic Theatre
by BWW News Desk - Jan 24, 2017
David Mirvish is delighted to present the Studio 180 Theatre production of MY NIGHT WITH REG, by Kevin Elyot, directed by Joel Greenberg. MY NIGHT WITH REG plays February 10 to 26 at the Panasonic Theatre.

BWW Review: Music & Mayhem Delight in THINGS THAT GO DING! at Skylight Music Theatre
by Kelsey Lawler - Feb 26, 2019
Michael 'Ding' Lorenz boasts crazy talent alongside an outrageous instrument collection that warrants awe-inspired sighs and, as the Skylight Music Theatre proves, a show all its own. Things That Go Ding! played to sold-out audiences in 2012, and now it's back and bigger than ever in the Cabot Theatre.
Friends of Celts To Present The First Annual Arizona International Celtic Music and Microbrew Festival
by BWW News Desk - Feb 23, 2017
Party like an Irishman by jigging on down to the 1st Annual Arizona International Celtic Music & Microbrew Festival to be held on Saturday and Sunday, March 11 and 12, 2017 in The Backyard at the Arizona State Fairgrounds, 1826 West McDowell Road and 17th Avenue (please enter the Fairgrounds at West Monte Vista Road and 19th Avenue), Phoenix, AZ  85007 from 10:00 a.m. - 6:00 p.m. daily.

Celtic Illusionist Brings Irish Magic Show To Cheney Hall
by BWW News Desk - Feb 22, 2018
Magician Daniel GreenWolf presents his show, Celtic Magic: An Evening of Irish Illusion, at the Little Theatre of Manchester at Cheney Hall for one night only on March 16th, 2018 at 8:00 pm. GreenWolf combines Magic, theatrical storytelling, quick-witted comedy, and a few death-defying feats with the beauty of Irish culture to create a unique theatrical experience.
Keith Urban Leads Nominations for 52ND ACADEMY OF COUNTRY MUSIC AWARDS; Full List!
by BWW News Desk - Feb 16, 2017
Nominations were announced today for the 52ND ACADEMY OF COUNTRY MUSIC AWARDS, Country Music's Party of the Year®, honoring country music's superstars and hottest emerging talent. Luke Bryan and Dierks Bentley will return to host for the second consecutive year.
Video: First Look at Scenes from the Canadian Premiere of MY NIGHT WITH REG
by BWW News Desk - Feb 10, 2017
David Mirvish is delighted to present the Studio 180 Theatre production of MY NIGHT WITH REG, by Kevin Elyot, directed by Joel Greenberg. MY NIGHT WITH REG plays February 10 to 26 at the Panasonic Theatre.
Zany Comedy Coming to Kelsey Theatre
by BWW News Desk - Dec 28, 2016
What do two cops, three crooks, eight doors, and a kilt-wearing killer have in common?  They're the moving parts in the Pennington Players' latest production, Unnecessary Farce.

BWW Review: UNNECESSARY FARCE Wins Slapstick Laughs at Milwaukee Chamber Theatre
by Kelsey Lawler - Aug 15, 2019
This is farcical theater to the extreme, aimed at testing your reflex for laughter. What a fun and funny way to kick off the 2019a?"2020 theater season here in Milwaukee. I'd say this 'Farce' is anything but unnecessary.

BWW Review: SON OF A PREACHER MAN, Theatre Royal Brighton
by Fiona Scott - Apr 18, 2018
The premise sounds promising: a brand new jukebox musical featuring the music of Dusty Springfield. Written by Warner Brown and directed and choreographed by Craig Revel Horwood, Son of a Preacher Man opened in Bromley in September 2017 and is currently touring the UK.

Photos: Go Inside Rehearsal for CAROLINE, OR CHANGE on Broadway