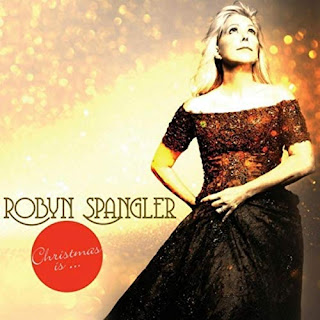 Consummate singer Robyn Spangler has been resurrecting her singing career for the last ten years with great success. She appears in cabaret from coast to coast and has just released her newest CD Christmas Is. She took time from a busy schedule to talk about the album and her concert appearance at Rockwell Table and Stage on Sunday December 16.

Robyn, I was just listening to the album. I picked "Who spiked the egg nog?" first. What a deliciously offbeat song!

You know I hired a radio promoter for this CD. They asked me to name a couple of songs and I didn't name that song, but you know it is getting a lot of air play. It was originally done by the acapella group at IU.

It's a cute song!

Why did you decide to do a Christmas album? And...why now?

The honest answer is: I saw a lot of other people getting attention who were doing Christmas albums...and I was talking to a promoter and he said the best thing to do if you want to try to get air play is to do the album first and put songs on it that are different from the standard fare, so when you do do another album, then they've seen your name before and they've played you before. That's the technical answer. Also from a business standpoint, I turned 60 this year. 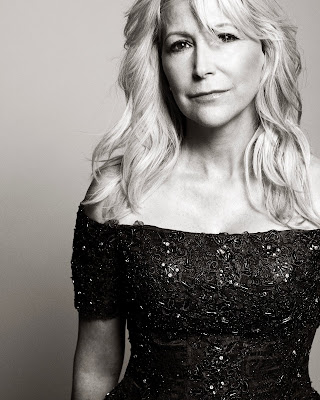 You're so kind. But, as we get older, I know that divas sing well into their 70s and 80s, but it's like how many more years can I put out a CD before I feel like I'm completely aging out of the sytem?!

Your voice is alive and young. You have no worries. You sound the same and I have been listening to you sing for a few years now.

I was a voice major in college. The music business has changed so much just within the years that I have started to sing again. As a young person, I would have had to go out and find a record label to carry me. There's just no way I could have gotten the exposure that I get now. So... I'm taking the opportunity that a lot of independent artitsts are taking and putting their music out there. I have to laugh because the duet that Don (Most) and I decided to do ( "Its Beginning to Look a Lot Like Christmas") ... personally, if I hear "Baby It's Cold Outside" one more time...

But to give that song its due, I hate all this negative publicity that it's obscene...after all these years.

(She laughs) It's a good thing we didn't do that song. (pause) I wanted to do something different, so that people would go, "Oh, that can be a duet too." Overall, as with the eggnog song, I researched to find songs that weren't typical and had them rearranged so people would listen to them.

Talk about your association with Don Most. How and when did that begin?

That relationship began because, as you know in entertainment, there are agents and managers and bookers. So one of the bookers that I have for the symphony show (Linda Ronstadt sings Nelson Riddle) also books for Don. When I decided to do the symphony show, I had looked at Don's reels, and he's also trying to get traction for a symphony show. I reached out to him and said, "Do you want to come over and sing a number with me?" I had seen him perform a lot here in Los Angeles. We talked on the phone, and he's just the nicest guy. So, he agreed to come over and we rehearsed a duet. After that symphony show at Rockwell a couple of years ago, we just stayed in touch. I put up on FB that I was going to do a Christmas album and he reached out and asked, "Are we going to sing a duet?" He has a booker in Florida, and he is trying to put together a symphony show ... and he has invited me to work with him. We would do a new show together.

When I did the symphony show I got all the arrangements at the University of Arizona in Tucson because that's where Linda Ronstadt had donated those arrangements As it turns out, the University also has a bunch of Nelson Riddle arrangements for Frank Sinatra, which is what Don is interested in singing. I've helped him procure some of those original arrangements too. So we're at a point where we're ready to put the show together. We're waiting for the booker to book us, we'll do the show and have it taped so it can be pitched to other symphonies. I'm so excited about it. Who knew that I could get this kind of traction at this age? I'm grateful and happy to be in the business and be able to do this kind of stuff. I know the day will come when I stand onstage and start to forget the words, so I think "What am I waiting for?" My husband is very supportive and thankfully we're financially able to do it.

Give us a little tease. What are you doing in the show at Rockwell besides the songs from the album?

I'm doing one piece that's not on the album, but I'm not going to give that away. I haven't really done a show before with more than one special guest. Shawn Ryan is just a hoot, so between him and Don and Joanne Tatham, a singer from the jazz circuit, they all bring something special. It's going to be a great show. It's not like the Ronstadt show or the Billy Barnes show. Those shows are tributes basically to those people. This show is just more like a party and a celebration. It's an opportunity for people to get together and celebrate Christmas in a fun way. 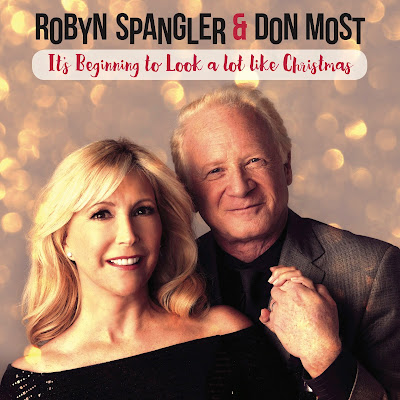 The Music Center Postpones PLAY ON THE PLAZA! Series