Special 2-for-1 tickets are available Thursday night ONLY
with Promo Code: "twofer"

From the first moment she was introduced to Shakespeare as a child, Terra has been devoted to him. As her "longest and most successful love affair", Willy has influenced every aspect of her life from first loves and first heartaches to first auditions and first flights away from home. And, since adolescence the Bard has in ways both elemental and magnificent, infiltrated and informed her every move.

Willy's Lil Virgin Queen is an urgently-paced, seventy-five minute, hilarious and occasionally dark coming-of-age-story that dives deeply into the many roles that a woman plays on her road from girlhood to womanhood, and it does not shy away from the darker aspects of finding one's own purpose in a world that tells girls to shut-up and look pretty. And through it, Terra illuminates her personal journey to discover inner strength, triumph over tragedy and find her true power through the words of her truest love; William Shakespeare. 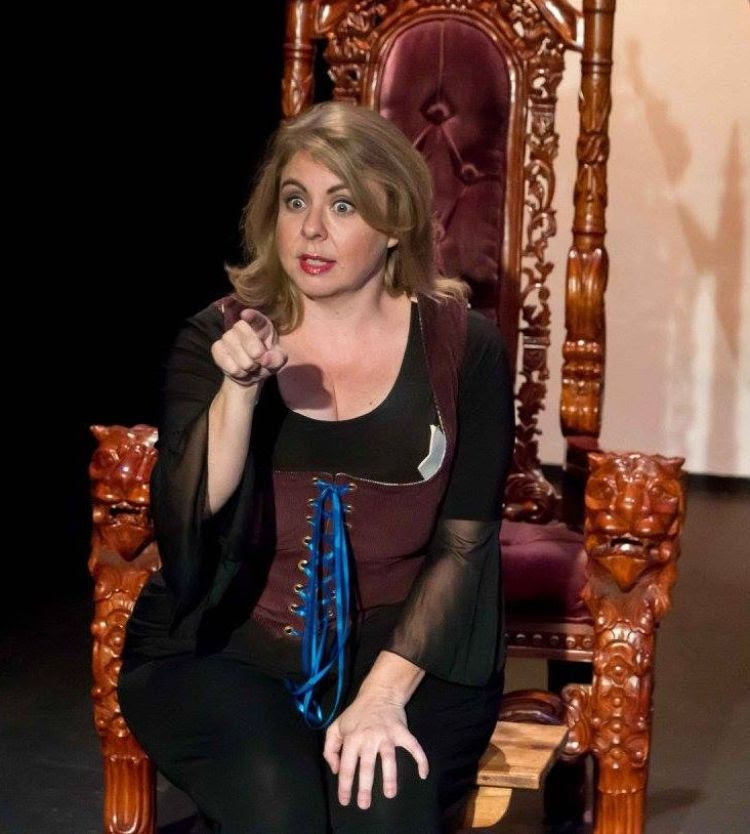 In a Man's World, Queen's Must Rule!

As was true in the days of the original Virgin Queen Elizabeth, in a man's world it takes a woman to rule herself. And in Willy's Lil Virgin Queen, one woman in particular learns that within the heart of every woman, of every person, there is a queen.

Whether Shakespeare Scholar or Nervous Newbie, Willy is For You!

Think you don't "get" Shakespeare? "Thee's" and "Thou's" got you down? Never fear! There is something for everyone in this madcap, comic romp about a girl and her Bard. No prior love of Shakespeare required. (The rest is just much ado about nothing.)