Writers of the Future Gala to be Held at The MacArthur 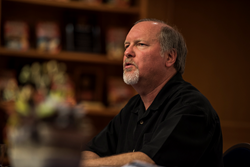 Organizers of the 34th annual L. Ron Hubbard Writers and Illustrators of the Future Achievement Awards announced that the gala event will be held at The MacArthur on Sunday, April 8, with doors opening at 5:30 PM and event starting promptly at 6:30 PM.

The giants of speculative fiction will be on hand to recognize and award the best new Science Fiction and Fantasy writers and artists of 2017.

As a new author, Anderson was an early Writers of the Future contestant, entering many times before he became a professional author in his own right, and thus ineligible for further submissions.

"When I was starting out," stated Anderson, "the Contest gave me a goal to shoot for: prize money, trophy, recognition and most of all the chance to participate in a marvelous writing workshop. The quarterly deadlines gave me goals, and I improved so much that I started making sales." He concluded, "I am now honored to be one of the judges for the Contest, and I enjoy sharing my knowledge and experience with each year's winners."

For more information about attending the Writers of the Future Awards ceremony, go to writersofthefuture.com.