Lowell Milken Fund for American Jewish Music at The UCLA Herb Alpert School of Music proudly presents the first-ever UCLA American Jewish Music Festival on Sunday, March 1 at UCLA'S Schoenberg Music Building and Royce Hall. In line with the festival's theme "Music Crossing Boundaries", the diverse lineup of artists explores a breadth of musical styles, all of which reflect the American Jewish experience: from classical to klezmer, tango to Middle Eastern, and bluegrass to Broadway.

"We want people to experience and understand how music is a mirror reflecting the diversity and vibrancy of the Jewish community in America," remarks Lorry Black, Associate Director of the Lowell Milken Fund for American Jewish Music and Artistic Director of the festival. "For the first time ever, we are offering a music festival that captures this idea, showcasing truly outstanding musicians who will bring it to life."

In addition to live performances by talented musicians from LA and beyond, the event will offer 'JAM (Jewish American Music) Talks', where artists will discuss their musical influences and how their music reflects their Jewish identity. There will also be workshops where artists teach attendees of all ages how to play or sing different types of music.

About the artists (in order of appearance) 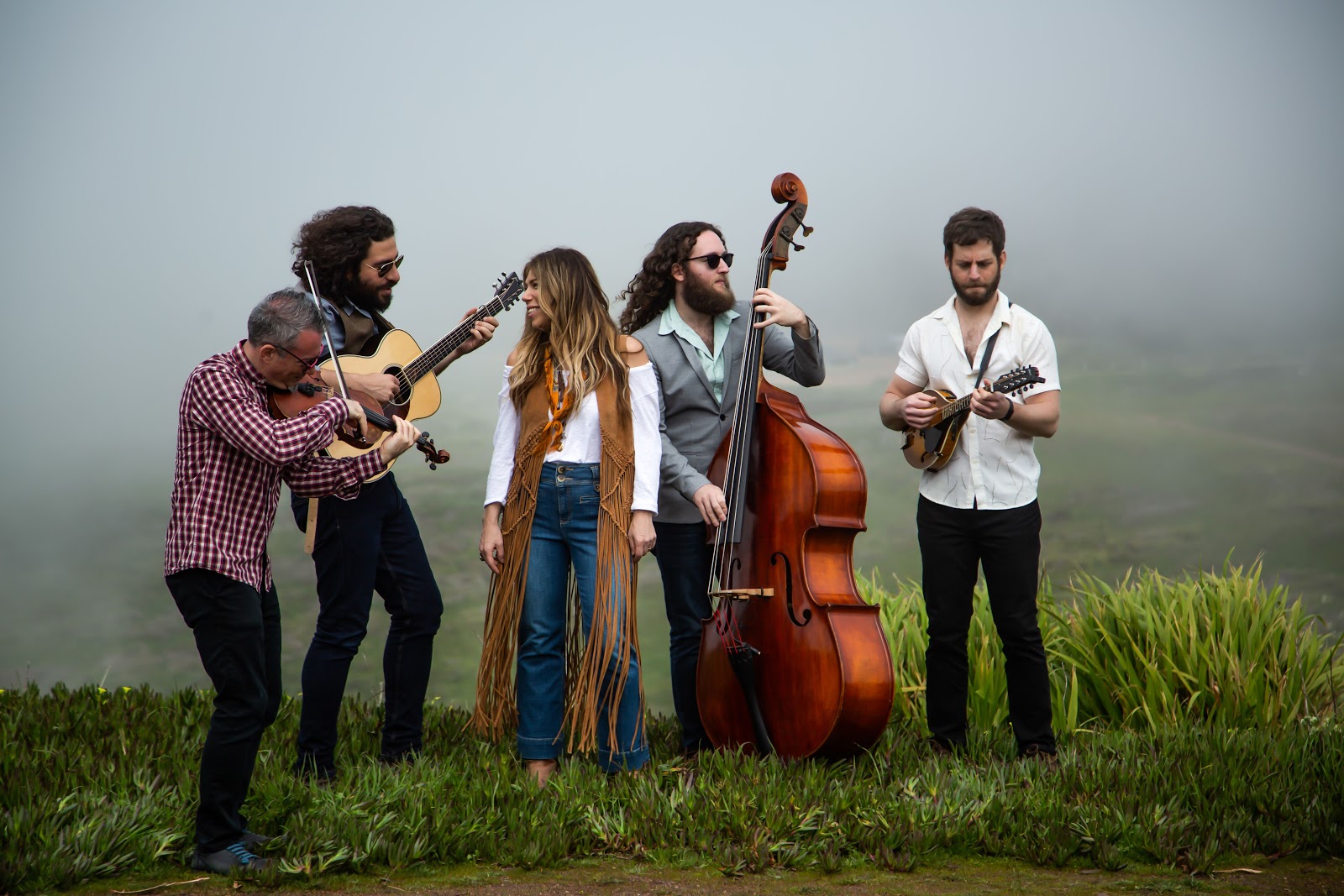 Nefesh Mountain fuses American bluegrass and old-time music with Jewish heritage and tradition. Band leaders, genre-pioneers, and husband and wife Doni Zasloff and Eric Lindberg are the heart of this eclectic offering, and share their love for American music, their own cultural heritage, and each other with audiences throughout the world. With string virtuosity and in-depth arrangements, they also play and sing songs of the heart to create music with a sense of diversity, oneness, and purpose for our world today. 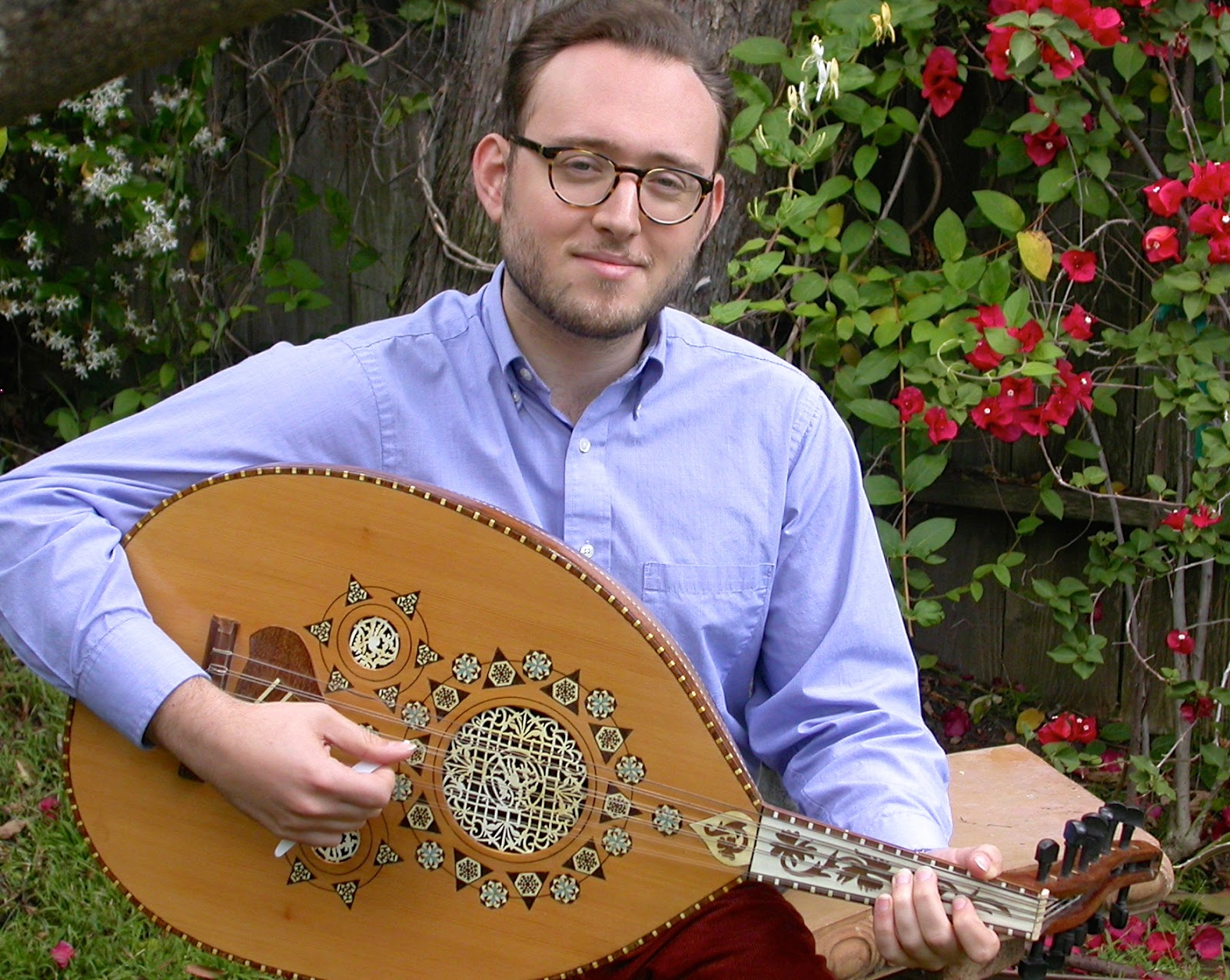 Oudist, vocalist, and multi-instrumentalist Asher Shasho Levy is a Syrian Jewish musician and scholar of Sephardic heritage and culture who seeks to spread the beauty of the Sephardic tradition through his writing, recording, research, and concerts. An honors graduate of the University of Southern California, he performs internationally and is the leader of the Aram Soba Ensemble, a group dedicated to the musical heritage of Syrian Jewry, as well as serving as artist-in-residence at Valley Beth Shalom Synagogue in Los Angeles. 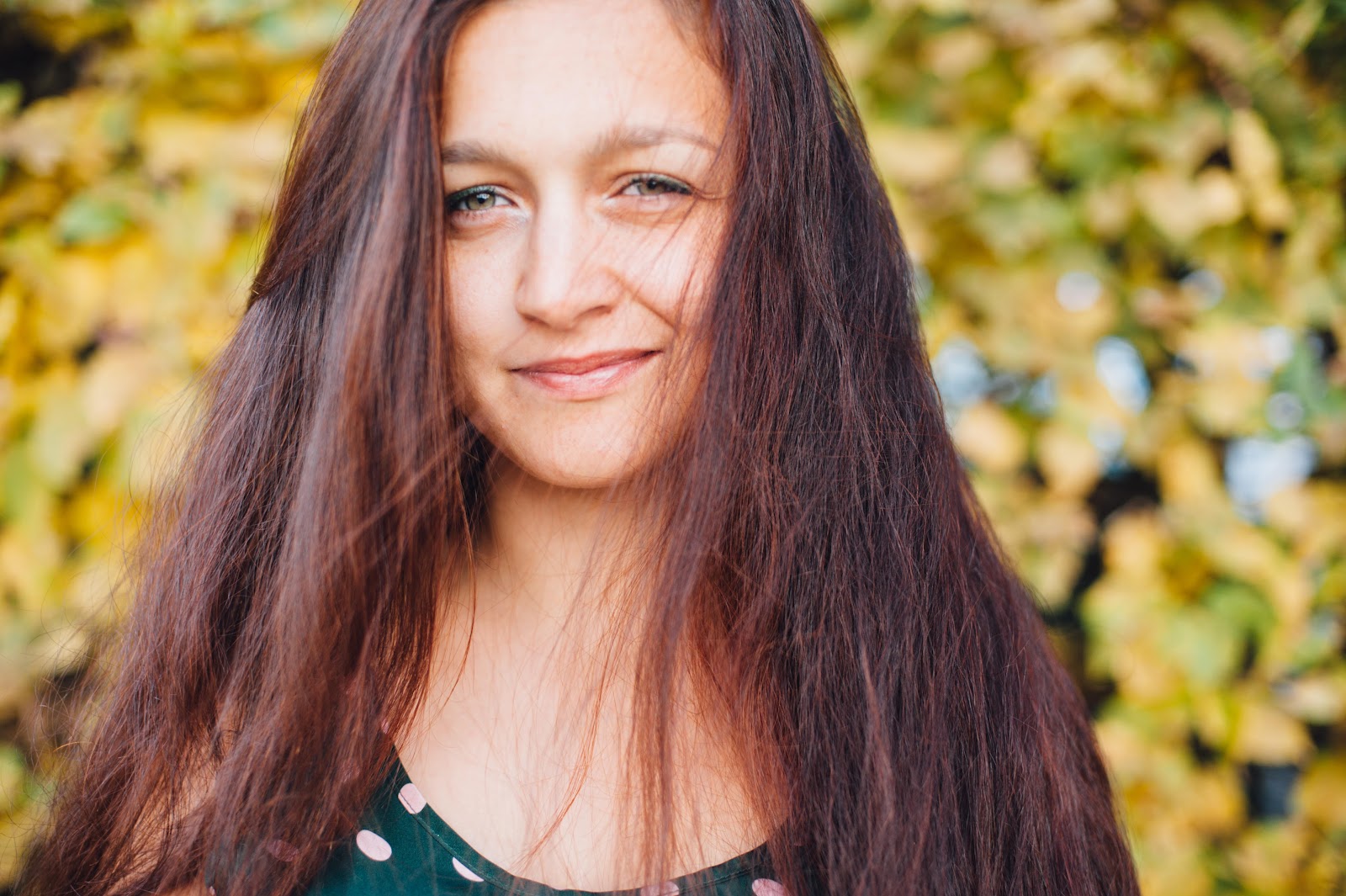 Sasha Lurje was was born in Riga, Latvia and has been singing since she was three years old. She has performed in various styles including classical, folk, jazz, rock, and pop. She has also been involved in several theater groups where she focused on musical and improvised theater. Since 2003, she has been researching traditional Yiddish singing styles and repertoire as well as investigating both secular and religious vocal materials. With her band Forshpil, she is developing a new style of Yiddish music by integrating the traditional sound into a modern context.

For the UCLA American Jewish Music Festival, Sasha Lurje and Craig Judelman will lead a workshop on Yiddish music. 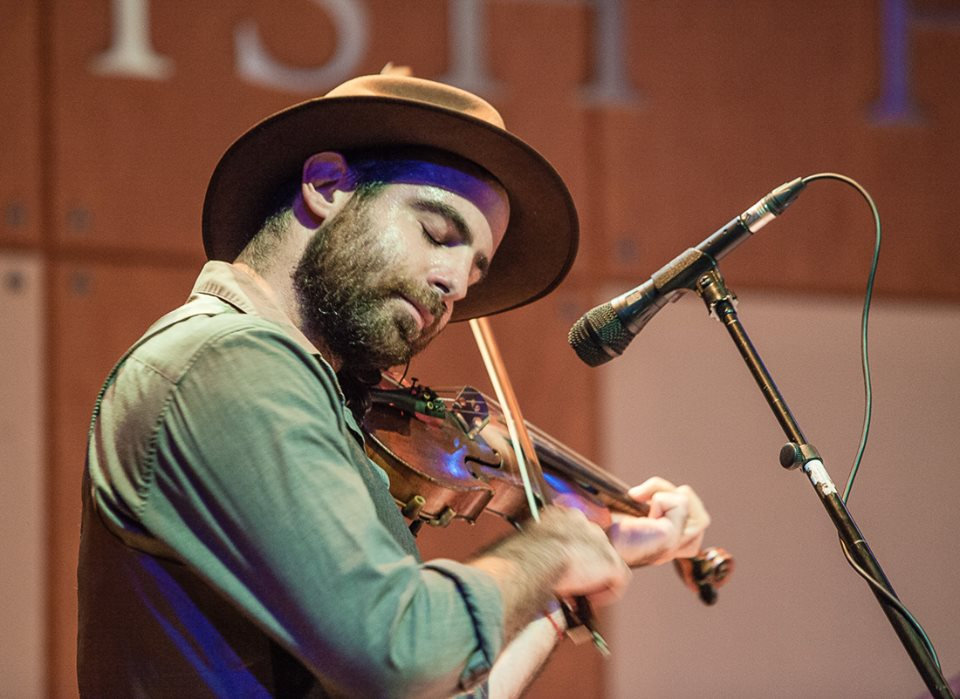 Craig Judelman grew up in Seattle where he began studying classical violin at a young age but soon branched out to jazz, klezmer, and folk music. Craig First made a name for himself in New York as an American folk musician, where he was a founding member of The Dust Busters, who released an album on the prestigious Smithsonian Folkways record label. Craig currently arranges and plays fiddle for Goyfriend, a collaboration that explores the relationship between the Jews and their Baltic and Slavic neighbors. He also performs in a variety of European and American swing and old time American folk music bands. A music educator for over a decade, he most recently taught and performed at the Yiddish music festival Shtetl Neukölln in Berlin. He has also performed at several other Yiddish music festivals, including Lviv Klezfest in Ukraine, Singer Festival in Poland, and Yiddish New York. 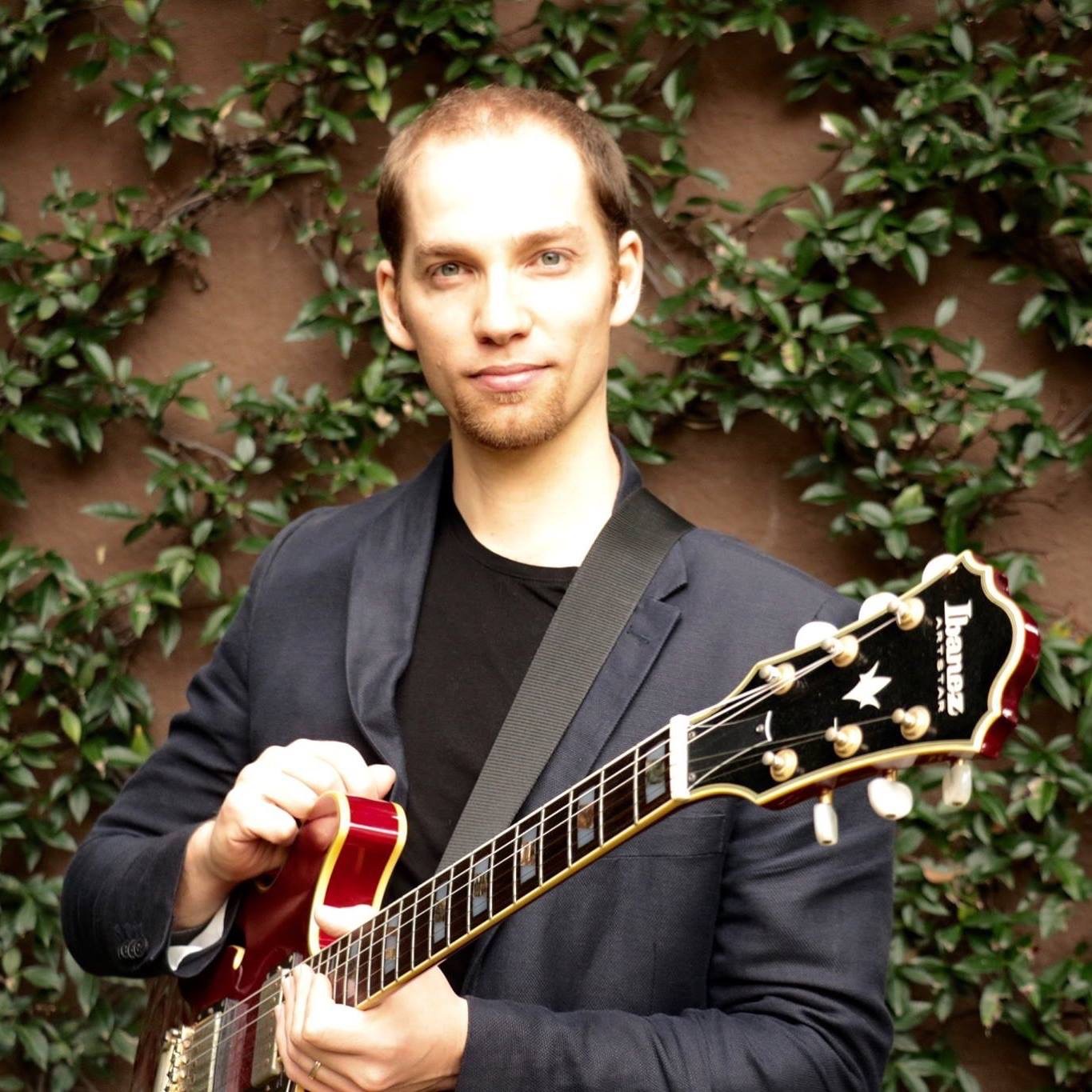 Daniel Raijman is an award-winning composer, guitarist and producer based in Los Angeles. Daniel has composed music for commercials, film and television, and he is also very active in contributing his musical talents to the Jewish community. He has performed, composed, arranged and produced music for Sinai Temple, Wilshire Temple, Shomrei Torah, The Jewish Federation, Chloe Pourmorady Ensemble, UCLA Milken Fund, AJU and AJRCA. Daniel grew up in Buenos Aires and draws upon influences from Argentine tango and traditional Jewish music to jazz and film scores.

The UCLA Marching Band performs at home UCLA football games and in smaller contingents at a variety of other collegiate sports events, band festivals, and private gigs of national and international scope. The band travels to the San Francisco Bay Area each fall for either the Stanford or the University of California, Berkeley football game, and has taken trips to Notre Dame, University of Michigan, University of Alabama, University of Texas, Ohio State University and other universities throughout the United States to perform during football games. On May 3, 2013, the UCLA Marching Band played "Satisfaction" to open the Rolling Stones' "50 & Counting" tour at the Staples Center in Los Angeles. In 2018, the UCLA Bruin Marching Band was featured on the new album Simulation Theory by famed alternative rock band Muse on the Super Deluxe version of the song "Pressure." 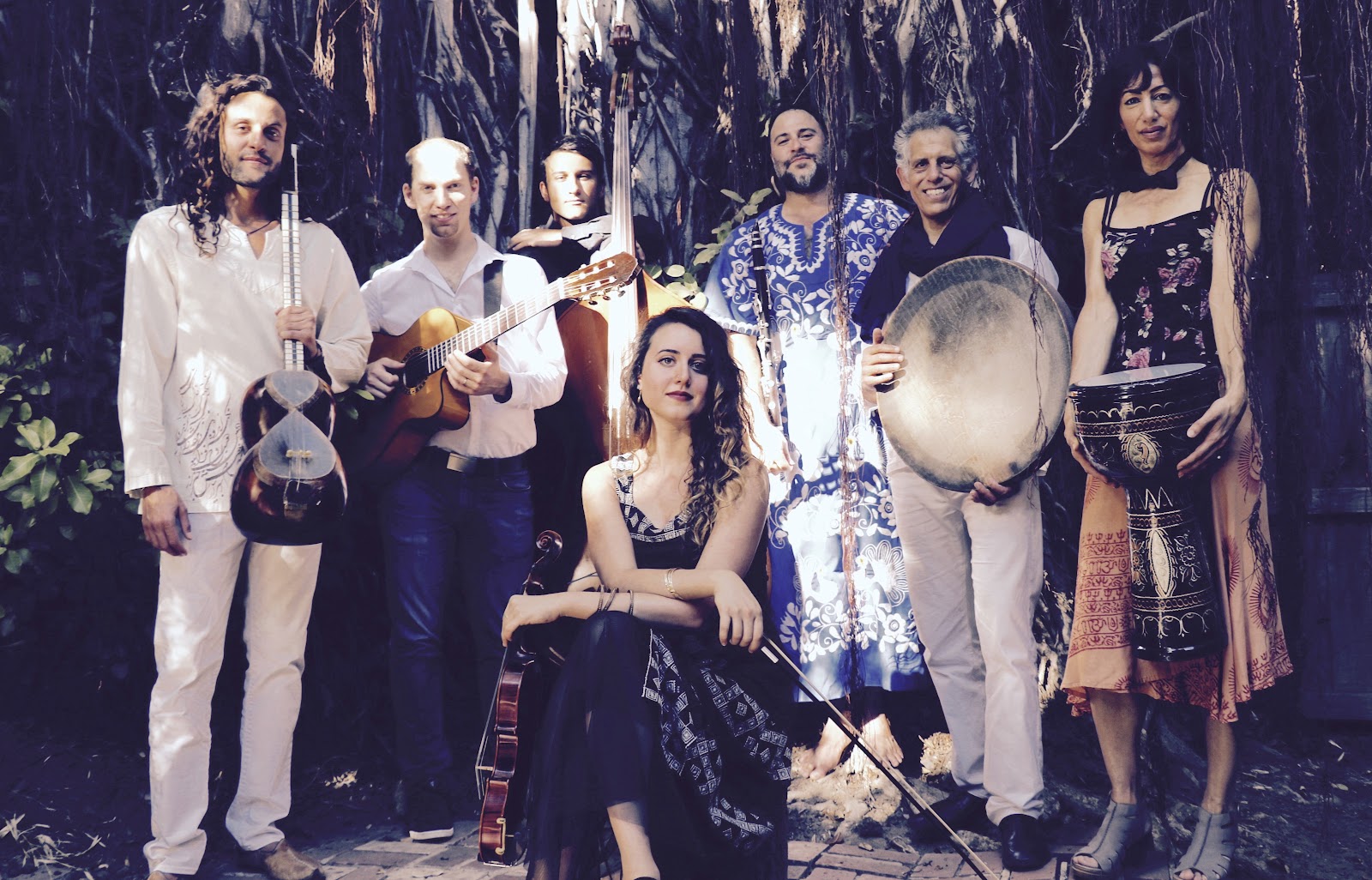 Chloe Pourmorady is a Persian-American violinist, vocalist, and composer. She is influenced by the rich musical language and spirituality of her roots as well as the many music traditions from around the world. Chloe naturally blends several styles and languages together from western classical and Middle Eastern to Balkan and rock. She has performed in Los Angeles and abroad, spoken on panels, and given workshops. 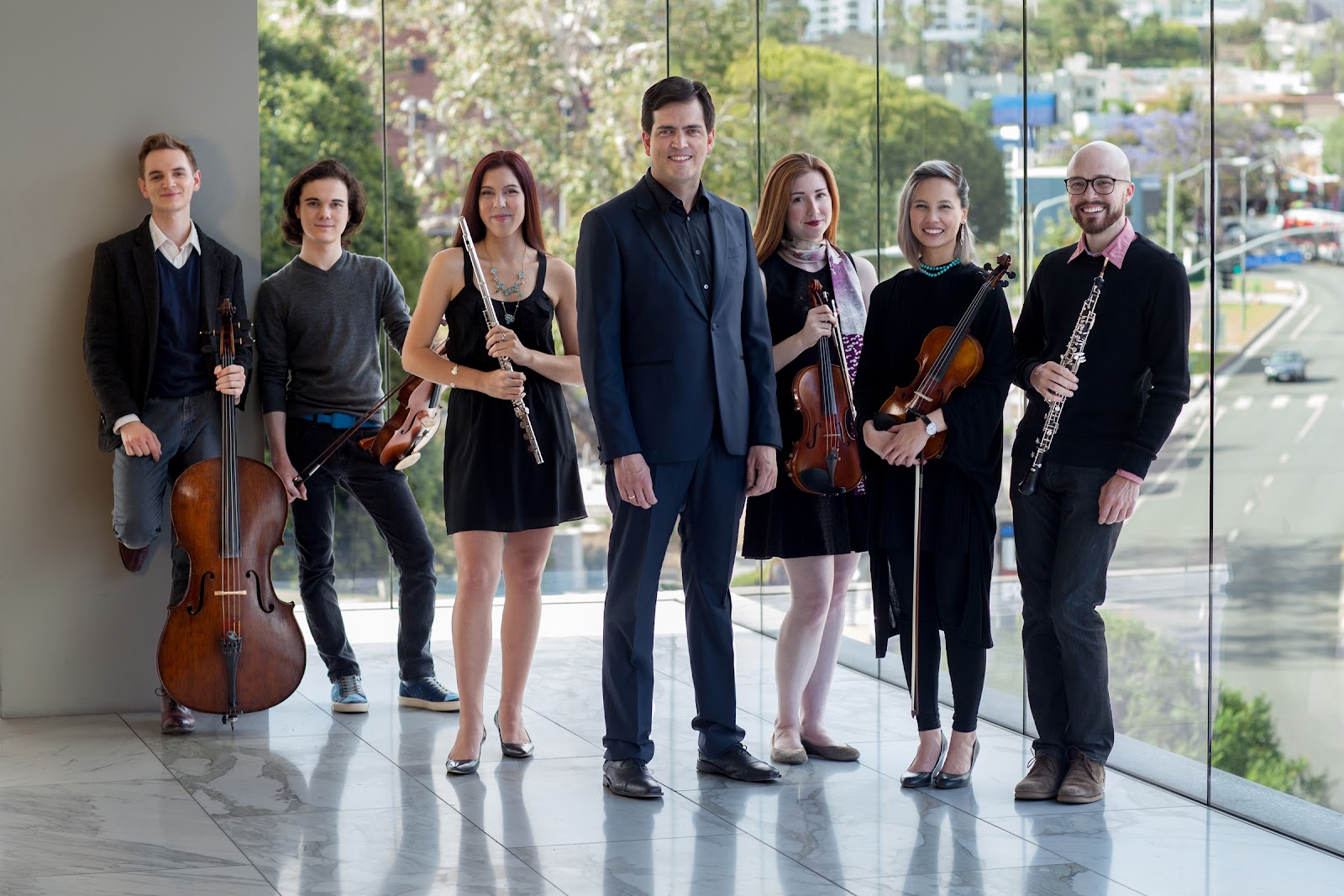 The American Youth Symphony's mission is to inspire the future of classical music by providing landmark fellowships to virtuosic young adults and exceptional, innovative, and free concerts to the Los Angeles community. Competitively selected, the orchestra is comprised of 100 musicians who represent extraordinary talent from all over the world. By offering remarkable concerts at world-class venues, American Youth Symphony remains committed to creating access and opportunity for everyone to experience the inspiration of orchestral music. An elite fellowship opportunity, American Youth Symphony is designed to prepare the concert artists of tomorrow for leadership in 21st-century orchestras and ensembles. "Adventurous and passionate" (The New Yorker), Ukrainian-born American pianist Inna Faliks has established herself as an exciting, committed, communicative and poetic artist. Faliks has made a name for herself through her commanding performances of standard piano repertoire, as well as genre-defying projects and innovative work with contemporary composers. After her acclaimed teenage debuts at the Gilmore Festival and with the Chicago Symphony Orchestra, she has performed on many of the world's greatest stages and with renowned conductors such as Leonard Slatkin and Keith Lockhart. Faliks is currently Professor of Piano and Head of Piano at UCLA. Faliks will perform a world premiere by renowned composer Ljova (Lev Zhurbin). 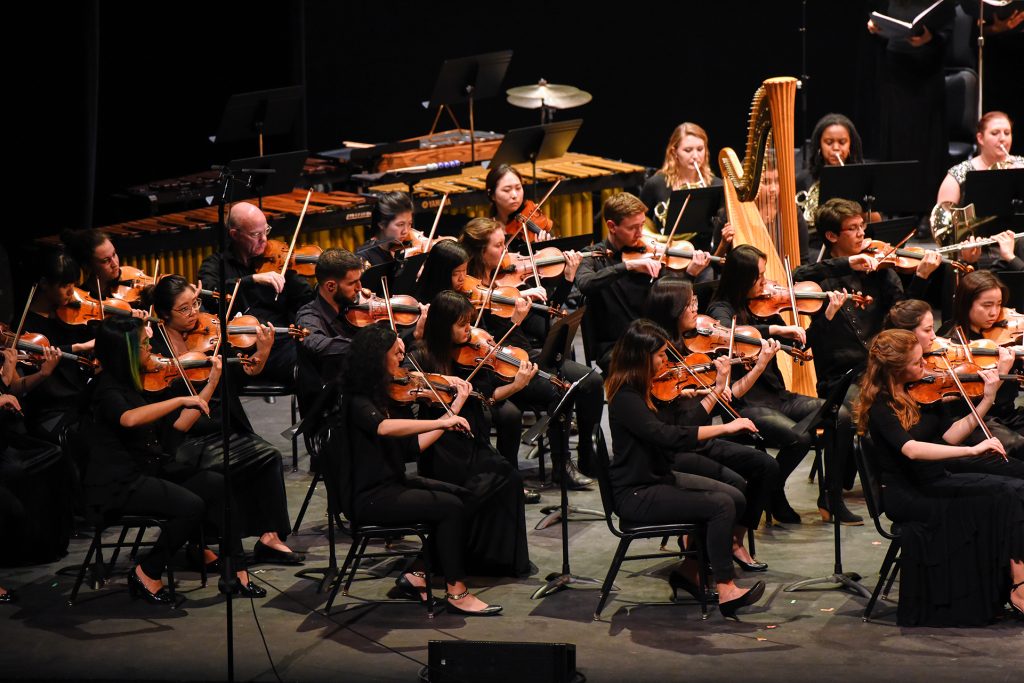 UCLA Philharmonia is the flagship orchestra of the UCLA Herb Alpert School of Music and one of Southern California's premiere training orchestras. Focusing on both the core symphonic and operatic repertoire as well as the best in contemporary and rarely-performed works, it performs two or three different programs each quarter. The Philharmonia's first three commercial CDs - a Yarlung Records release of previously unrecorded orchestral works by Viennese émigré composer Eric Zeisl (2012); a world-premiere Sono Luminus recording of works by Mohammed Fairouz (2014); and a Naxos recording of Ian Krouse's Armenian Requiem (2019) - are available on Apple Music, amazon.com, Naxos Music Library and all streaming platforms.

Under the baton of Prof. James Bass, the UCLA Philharmonia and UCLA Chamber Singers will perform repertoire from some of LA's most famous and influential Jewish composers, including Arnold Schoenberg's Kol Nidrei, works of Erich Zeisl drawn from the UCLA archive, and Gustav Mahler's Symphony No. 1 in D Major. 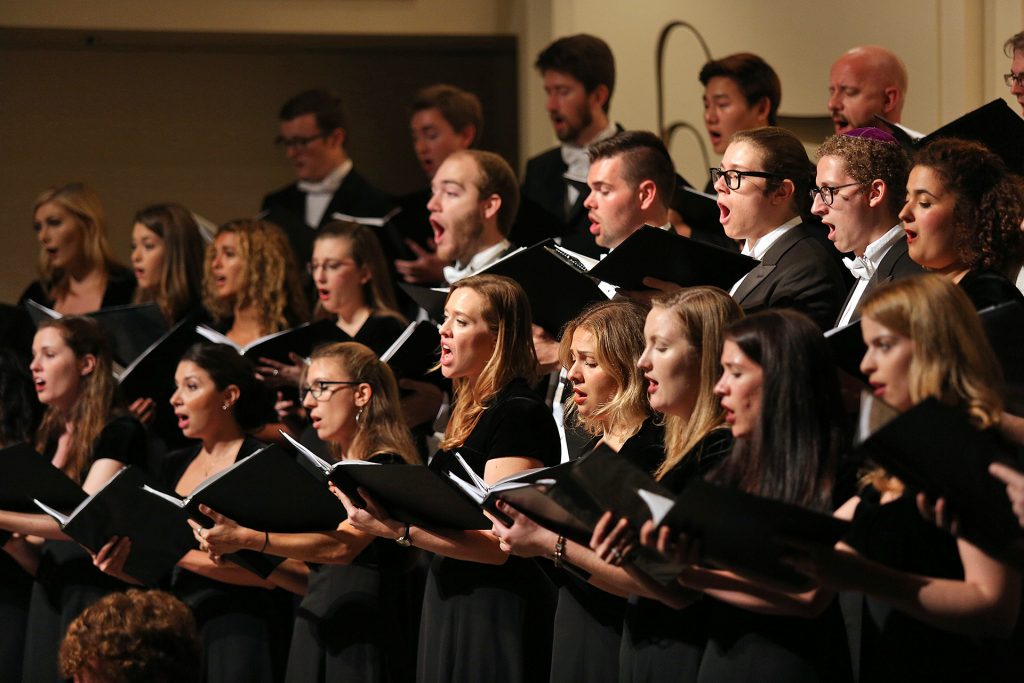 The UCLA Chamber Singers, a 32-40 voiced mixed-choir, is renowned for the strength of its live performances and recordings. The choir has been conducted by choral luminaries including Roger Wagner, Donn Weiss, Donald Neuen and now Dr. James K. Bass, and it routinely presents performances representing the entire spectrum of choral literature both on campus and in the community. The choir annually performs with UCLA Philharmonia in presentations of major choral orchestral works in the historic on-campus venue Royce Hall. They have recorded premieres of new works such as Richard Danielpour's The Passion of Yeshua, and they have also collaborated with other nationally recognized arts groups, including the Buffalo Philharmonic Orchestra, Minneapolis Guitar Quartet, Seraphic Fire, and the touring production of Distant Worlds, the music of Final Fantasy.

Seating to all events will be on a first-come first-served basis.

Parking: Self-service parking is available at UCLA's Parking Structure #2, located at the corner of Charles E. Young Dr and Westholme Drive, for Schoenberg Music Building and the Evelyn and Mo Ostin Music Center. Costs range from $1 for 20 minutes to $20 all day. Pay stations accept cash or card, and are located inside the structure, or download the Parkmobile app and pay by phone. Learn more about campus parking at https://schoolofmusic.ucla.edu/visit/.

The UCLA American Jewish Music Festival is made possible by: