On October 10, the newly-established Athens Philharmonic performs a special concert under the direction of Yiannis Hadjiloizou The Philharmonic is joined by the NY Choral Society and soloists Larisa Martínez and Daveda Karanas. Additionally, the concert program includes works by Mr. Hadjiloizou himself, as well as one by his father, composer Michael Hadjiloizou.

Proceeds from this performance benefit the reconstruction of St. Nicholas Greek Orthodox Church and National Shrine to replace New York City's Greek Orthodox place of worship of the same name which was destroyed on September 11. The completion of the Santiago Calatrava-designed church effectively completes One World Trade Center and will serve as a place of peace, reflection, and community for the Greek-American diaspora of New York City, the Greek population at large, and all New Yorkers.

"It is with a great sense of responsibility, honor, and enthusiasm that I come to New York City for my Carnegie Hall debut with the Athens Philharmonic, which I established early this year. Presenting Mahler's monumental Symphony No. 2 Resurrection on the very stage that the great Austrian composer led his final concert is a special moment for me and my Orchestra. I am also eager to present my father's Interlude from his opera 9th of July 1821 as well as my own Cyprus Dance No. 1 Servikos to New York audiences, on this same program," states Hadjiloizou. "Travelling from Athens, the mother of modern civilization, to Carnegie Hall, the Mecca of arts and culture, is also a symbolic journey for us. Being born in Nicosia, Cyprus, the only divided capital in the world, we have decided to dedicate this concert in remembrance of all those who lost their lives during the tragic events of 9/11 and celebrate liberty and acceptance - the very essence of what it means to be a New Yorker - and further donate all proceeds towards the restoration of Saint Nicholas National Shrine at Ground Zero: a figure of international peace and unity." 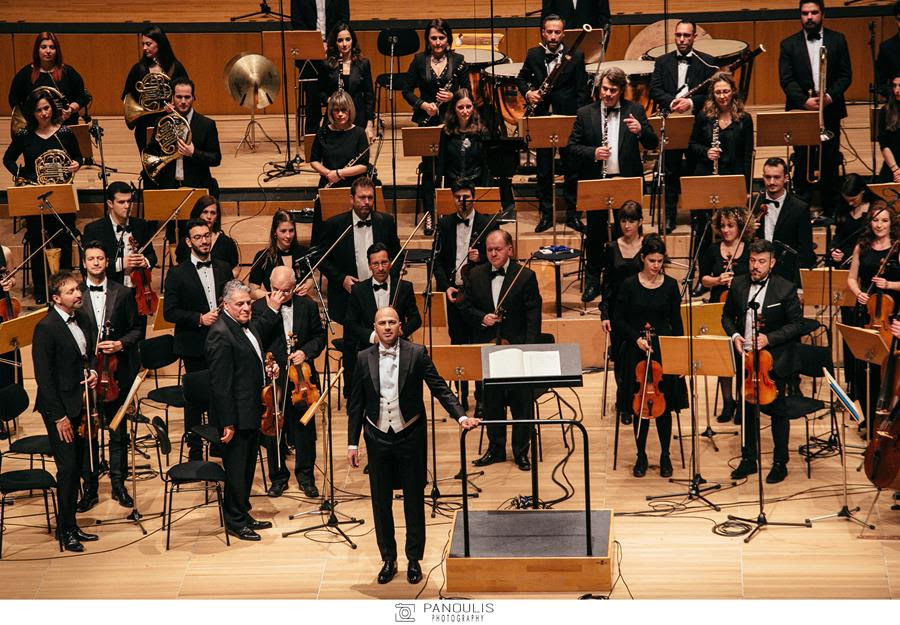 Yiannis Hadjiloizou began his musical training at the age of three under the guidance of his father, who is considered by many to be Cyprus's national composer through his operas and melodramas. Throughout his childhood, classical music and especially the compositional process were at the forefront of his early learning experiences, making his debut as a pianist at the age of seven, his appointment to principal clarinet of the Cyprus Archdiocese Philharmonic Band, and principal trumpet of the SEK Philharmonic by age twelve. He has since traveled across the world, collaborating with countless musicians, while maintaining a deep love and respect for the musical traditions of Greek and Cypriot culture, as well as building an intimate understanding and appreciation for European Classical and Folk and Traditional Music, Eastern and Western Choral and Instrumental Church Music, Traditional Chinese, African Choral, Australian Folk, Middle Eastern and Arabic, Russian Classical and Folk music, and other traditional styles.. At the age of 16 he was formally recognized by the Ministry of Education and Culture of Cyprus for his compositions, and by 18 he assumed the role of principal trumpet of the Military Philharmonic Band while a sergeant of the Cyprus Special Forces.

While Hadjiloizou's complete immersion in world music and background of classical composition and performance are the driving forces behind his artistry, it is his passion for bringing people together through the arts which gave rise to his entrepreneurial spirit. He is the founder of Academy32 - Music. Wine. Art., a fine wine bar with live classical, jazz, and world music which has hosted musicians from 56 countries and has received acclaim by the New York Times's "Frugal Traveller." His role as Principal Guest Conductor and Music Director of the Cyprus Symphony Orchestra's Outreach Programs as resulted in a relationship that would last a decade, and that would bring the CySO to the level of public recognition. While working with the CySO Yiannis also established the Cyprus Philharmonic Orchestra, a larger ensemble consisting of the finest musicians on the isle, which he has enlisted for special occasions such as the Official Handover Ceremony of the European Capital of Culture Pafos 2017. In 2018 he permanently relocated to Athens where he established the Athens Philharmonic.

Yiannis is also the founder of the "Hadjiloizou Benevolent Foundation for the Arts Culture & Peace," uplifting lives of everyday people in need, educating children, as well as bridging cultures and religions across the globe for the betterment of human kind, through philanthropic music lessons, classes, rehearsals, workshops, recitals, and concerts, in collaboration with such organizations as the United Nations, UNICEF, the European Commission, the US Department of State, Red Cross, Rotary International, the Ecumenical Patriarchate, the A.G. Leventis Foundation, Embassies and Municipalities, and renowned personalities.

"It is with deep pride that I present Maestro Yiannis Hadjiloizou and the Athens Philharmonic in their Carnegie Hall debut. With his art and his humanity, Yiannis follows in the footsteps of Greece's thinkers of the past who helped shape modern culture, and I am thrilled that New York audiences will have the opportunity to witness what I believe to be the start of another great artistic era," Katerina Nafplioti Panagopoulos said. "I present this concert In Memoriam of my late husband, Pericles S. Panagopoulos, who earned global success throughout his career while representing Greece across the seven seas. I am honored to donate all proceeds to the restoration of St. Nicholas National Shrine at Ground Zero. Presenting this event under the auspices of His Eminence Archbishop Elpidophoros of America is of the utmost importance for me, Yiannis, and the Philharmonic."

"Hadjiloizou led the large ensemble with impassioned technical precision, while his presence alone brought out of the orchestra and the choir a sound so fulfilling and mature. His unparalleled finesse and elegance kept the audience focused and involved, blasting in an enthusiastic standing ovation." -Huffington Post Greece

"An orchestra all within himself" - The Cyprus Truth 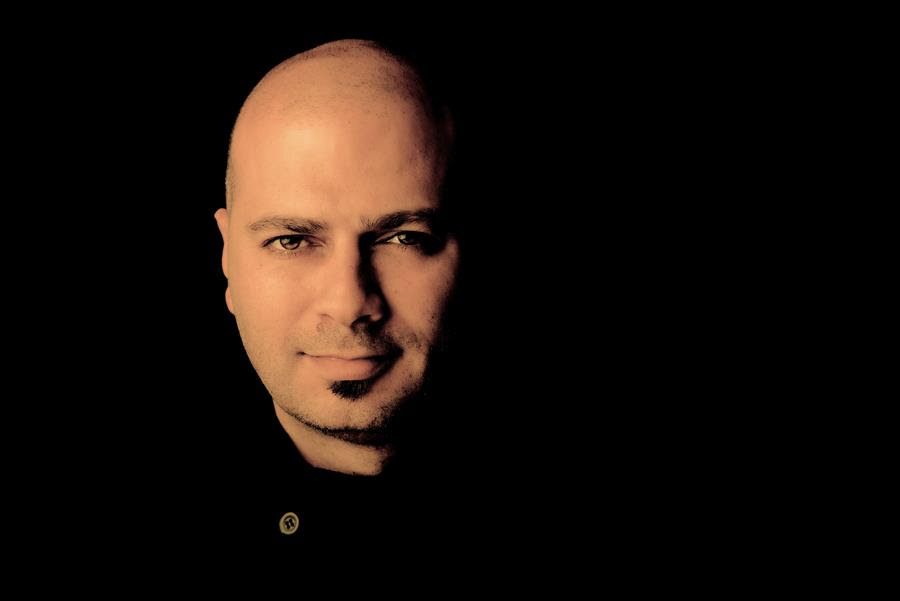 Born in 1976 in Nicosia, Cyprus, he is the son of composer, conductor, guitarist, and professor Michael Hadjiloizou. With him and his Nicosia Music Society (NMS), Yiannis traveled and performed as conductor and or/pianist in dozens of countries and 5 continents. His mother, Mary, a retired road designer for the Republic of Cyprus, is also a soprano in his father's NMS. His younger brother Photos, is a professional pianist, composer, and pedagogue.

Yiannis Hadjiloizou studied Piano Performance and Harmony & Counterpoint at the Cyprus Academy of Music (established 1956), under the guidance of his father. He then studied with Michael Ruiz at the American Conservatory of Music in Chicago, Roosevelt University, University of Oklahoma, and Boston University, where he developed close bonds with composer and conductor Theodore Antoniou. His mentors also include pianist, conductor, and composer Nicolaos Astrinidis.

In 2006 he returned to Cyprus, establishing a close collaboration with the Cyprus Symphony Orchestra, serving as Principal Guest Conductor and Music Director of its Outreach Program for ten consecutive seasons, and leading the former state ensemble to international attention through his visionary "Cyprus Peace Concert" at the abandoned Nicosia International Airport United Nations International Day of Peace. In 2008 he established the Cyprus Philharmonic Orchestra, a larger ensemble he manages and since then conducts in special projects on the isle, such as his father's opera Epitafios in the historic first ever local production to feature exclusively local artists and the composer himself embodying the main role, a performance of Beethoven's 9 for the Official Handover Ceremony of the Title of the European Capital of Culture Pafos2017, and a production of William Walton's The Bear under the auspices of the First Lady.

Guest appearances include concerts with the ALEA III, Sarajevo Philharmonic, Filarmonica Oltenia Craiova, and a European Tour of Puccini's Messa Di Gloria with performances in Paris and Marseille, and a highlight Easter Sunday Night Concert at Vienna's St. Stephen Cathedral. He has been awarded first prize by the Ministry of Education and Culture of the Republic of Cyprus for the music he composed for Dimitrios Koromila's play "Maroulla's Fate" at age 16, received a special honorary prize by the President of the Republic of Cyprus for his contribution to cultural life, and appointed Representative Artist of the Cyprus Presidency of the Council of the European Union in 2012 with concerts in Australia. In 2018 he moved to Athens, breaking ground with the establishment of the Athens Philharmonic.

As a Composer, his Le Valse de l' Amour (2007) replaced Carl Orff's O Fortuna as soundtrack of Radiomarathon, Cyprus' greatest fundraiser. His music has also been commissioned and performed worldwide in such venues as Vienna's Musikverein, by such organizations as the Cyprus Symphony Orchestra, and by such personalities as Ecumenical Patriarch Bartholomew. His "Servikos" Cyprus Dance No.1 (2010) remains the most popular work of symphonic repertoire on the isle, to date.

About THE ATHENS PHILHARMONIC
The Athens Philharmonic (ΦΑ) was established early in 2019 by Yiannis Hadjiloizou, who is its General Manager, as well as Artistic and Music Director. It comprises almost in its entity of local Athenian musicians of varied ethnic background, who are appointed after strict recommendation and/or audition. Artistically, ΦΑ is dedicated to large scale repertoire and special projects. It staged its initial concert at Megaron - The Athens Concert Hall on April 23, presenting Antonín Dvořák's Symphony No. 9 in E minor "From the New World", Op. 95, B. 178, and Wolfgang Amadeus Mozart's "Requiem" in N*E*R*D minor K. 626, with the Athens Philharmonic Chorus, Soprano Jennifer Davis, Mezzo-Soprano Victoria Karkacheva, Tenor Benjamin Hulett, and Bass Alexander Vinogradov. The ΦΑ embarks on its first tour outside of Greece including its Carnegie Hall debut in Fall 2019.

About NYCHORAL
Hailed as "one of mainstays of the city's music scene, known for its adventuresome repertoire", The New York Choral Society ("NYCHORAL") is widely known for the outstanding artistic quality of its performances of choral music since its founding in 1959. This diverse 175-voice chorus has appeared at every major venue in the New York City area, including Carnegie Hall, David Geffen Hall, the Metropolitan Opera House, Madison Square Garden, NJPAC, and St. Patrick's Cathedral.

NYCHORAL opens its 60th concert season on November 15, 2019 at St. Bartholomew's Church with "Wisdom Sees a Light Draw Near", a concert that pairs the East Coast premiere of Until Forever Fades Away, a new work by acclaimed American composer Frank Ticheli with Johannes Brahms' beloved "German" Requiem. On December 13, 2019, a concert of holiday music features works by contemporary American composers Daniel Pinkham and Ola Gjeilo. On March 6, 2020, Music Director David Hayes will conduct a performance of two rarely heard works - Frank Martin's Mass for Double Chorus and Zoltán Kodály's Missa Brevis. May 8, 2020 brings the chorus to St. Ann and the Holy Trinity for "Walk as Children of Light, a concert featuring the East Coast premiere of an arrangement for double chorus and strings of Randall Thompson's Requiem.

In addition to its frequent guest appearances at The Richard Tucker Music Foundation Gala, NYCHORAL has also regularly appeared as guest artist with Andrea Bocelli. Each summer, NYCHORAL produces a popular series of NYCHORAL Warm-Ups, participatory performances of choral music that are open to the public and feature emerging soloists from the New York area.