"Cats" Run Wild, Dancing All Over the Maltz Jupiter Theatre 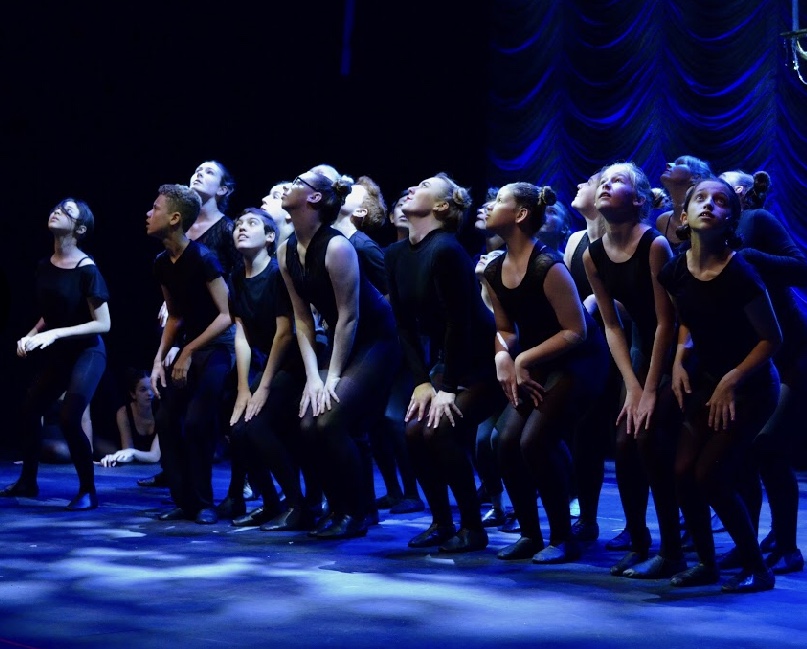 JUPITER, Fla. (May 23, 2019) - If the "Cats - School Production" at the Maltz Jupiter Theatre is any indication of the quality of the Summer Conservatory Productions, everyone should hustle to get their tickets for "In the Heights", "You're a Good Man Charlie Brown", and " Romeo and Juliet". "Cats" opened Friday, May 17 with playful audience interaction during the overture, but the fun didn't stop there. Throughout the show, directed by Lea Roy, the cats were often in the audience (or above them) giving the show a unique three-dimensional feel. The scenery, designed by Casey Blanton, created the illusion that the cats and audience were small through the grand size of the 'garbege' bin and the giant boot that was 'thrown' at the cats. What took center stage; however, was the intricate and energetic choreography by Brian Andrews and dance associate Becky Timms - both of whom were in the original Broadway production.

Cosette Gresh's rendition of 'Memory' elicited a vocal response from the crowd and Justin Palmer as The Rum Tum Tugger strutted around as if he owned the stage. One of the most fun numbers was Skimbleshanks: the Railway Cat - halfway through the choreography, the ensemble 'built' a moving locomotive on stage with spare props...it was very engaging. There was no shortage of tricks, Adrianna Wagner (Mungojerrie) and Skye Alyssa Friedman (Rumpleteaser) tumbled through their duet, even throwing in a few aerials and back handsprings. Natalie Beck's dancing as Mr. Misoffelees was flawless.

The costumes were so cleverly created by Brittani Seach; full of dots, stripes, spots - you name it. The costume pieces for 'The Awefull Battle of the Pekes and the Pollicles' was so creative; recycled materials were used to turn the ensemble cats into two gangs of dogs. They were adorable and simple. The music by Andrew Lloyd Webber was so complex but so effortlessly achieved by the resident orchestra led by John Mercurio, with no less than 3 keyboards. Led by the Director of Education, Julie Rowe, "Cats" was one of the most spectacular productions the Maltz Jupiter Theatre Goldner Conservatory of the Performing Arts has ever produced.

About the Maltz Jupiter Theatre

The not-for-profit Maltz Jupiter Theatre has become one of Florida's preeminent professional theatres, committed to production and education through its collaborations with local and national artists. Currently the state's largest award-winning regional theatre, the Theatre draws 100,000 people annually, serves a subscription base of more than 8,560 and has world-class classroom facilities in support of its Goldner Conservatory of Performing Arts, which serves hundreds of youth and adults. The theatre is a member of the prestigious League of Resident Theatres and has earned numerous Carbonell Awards, South Florida's highest honor for artistic excellence, including the prestigious Bill Von Maurer Award for Theatrical Excellence. For more information about the Theatre's upcoming shows and Conservatory, visit www.jupitertheatre.org or call the box office at (561) 575-2223.

Kravis Center Announces New Dates For AN OFFICER AND A GENTLEMAN


From This Author Courtney Hess

Courtney Hess is an educational theatre consultant and theatre teacher in Palm Beach County, Florida. Most of her time is spent directing student work and (read more...)