BWW Interview: Playwrights Let Their Hair Down for BRUSHES

Brushes by co-playwrights Cathy Hamilton and Carol Starr Schneider is set to open at the Whitefire Saturday March 30. These gals recently sat down and chatted about the play. 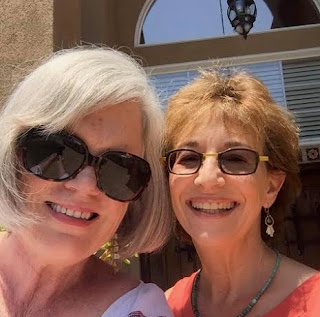 Co-playwright Cathy Hamilton (CH) is a former TV reporter, newspaper columnist, blogger, marketer, author of sixteen humor books (Andrews McMeel Publishing) and creator of "Boyfriend in-a-Box," a tongue-in-cheek, imaginary boyfriend kit. She has appeared on the "Today" show as herself, "To Tell the Truth" as Cathy Hamilton #3, and in countless musical theatre productions, including Nunsense. She lives in Lawrence, Kansas with her husband Rex.

Cathy and Carol met in 1997 when Carol read about Boyfriend in-a-Box in the Los Angeles Times and wound up optioning the movie rights. The movie didn't happen, but a wonderful friendship did. They bonded over a warped sense of humor and their life.

Tell our readers briefly about Brushes.

CH: Brushes: A Comedy of Hairs is a play about the complicated relationship between women and our hair since time began, loosely based on our personal experiences throughout our lives. To us, there is no greater, more maddeningly consistent source for comedy AND tragedy. It's universal and it never ends! In the show, audiences will see themselves in various "brushes" with disaster, vanity, envy, self-doubt, sex, death....and the common denominator is always hair.

Is this your first collaboration on a play?

It sounds funny. Is it In Your Face slapstick humor or is it character driven? Share some of the humor in the play, giving us a sneak peek.

CSS: It's both! The humor ranges from the absurd (Lady Godiva gets ambushed for an extreme make-over right in the middle of her famous ride) to highly relatable cringe moments (bumping into your ex-stylist who immediately realizes you've cheated on her with a Groupon.) The show is really a character actor's dream. Each cast member plays 10-11 different roles ranging from old ladies who discover a salon called "Blow Me Now" has replaced their neighborhood beauty parlor to an enthusiastic mortuary cosmetologist who works in dead earnest on a special corpse. There's a lot of humor in how the actors transform themselves on the fly into these outrageous characters. Of course, our hilarious wigs and costumes add to the laughs. 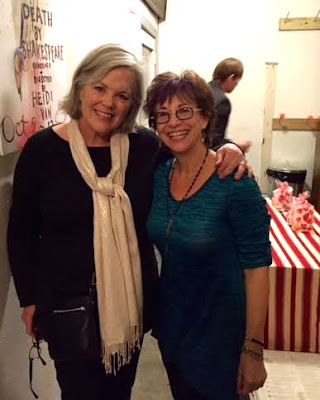 Tell us about Boyfriend-In-A-Box. It sounds like a Hallmark movie. I understand you are making it into a play. Is it silly humor or for only mature adult audiences?

Boyfriend in-a-Box was a novelty product I invented in 1997. It was a DIY imaginary boyfriend kit that was sold in, yes, Hallmark stores, and LGBTQ book shops in Greenwich Village. Think of it as a funny PG-rated gift you'd give someone after a divorce or break-up. Carol read this article about it in the LA Times (https://www.latimes.com/archives/la-xpm-1997-01-28-ls-22857-story.html) and was one of five creative types to contact me, wanting to option the film rights. That's how we met.

The Boyfriend-in-a-Box play, which is currently in the preliminary stages, takes the concept in a slightly different direction and drops it into a funny whodunit scenario. We would probably call it a comedy for mature audiences.

Vignettes sounds like many scenarios whose prime purpose is to entertain. Do any have depth; is there an underlying message or are they all short, sweet and full of fluff? Is there any music interwoven?

CSS: Our goal was to create a hilarious night of entertainment for the ladies or a group of hairstylists or couples on a fun date (because there's plenty of relatable stuff for the men here, too). But, there are real moments of poignancy (see aforementioned mortuary cosmetologist) and depth. The show has an arc of empowerment that says who cares what anyone else says about your hair or anything else about the way you look. Everyone is fabulous in their own right. Each scene will be woven to the next with recognizable music, vintage hair commercials and sound effects but if we told you anymore, we'd have to kill you.

I can't help but think of Steel Magnolias as it takes place in a beauty salon. Did you get inspiration from Robert Harling's tale of female camaraderie? In this play it's all women. In your play the men are present. Do you favor the female perspective over that of the men or not?

CH: Brushes is a totally different animal than Steel Magnolias. But there's definitely a feeling of camaraderie in the ensemble scenes. There's one in which salon stylists bond over tequila and horror stories of 'no shows' at closing time. In another scene, we step inside a support group for women who can't stop cutting their own bangs. It's very funny yet endearing at the same time. Since we are females, that perspective is certainly our go-to, although we gave conscious effort to looking at things from a man's perspective. There's a scene, for instance, in which a man bemoans his hair loss in a bongo-driven performance art piece.

Talk about your cast and their chemistry together.

CSS: Three of our cast members - Heidi Appe, Ashley Taylor and Andrew Villarreal - appeared in our staged reading at Theatre West last summer so they were familiar with the material and we knew they could handle the challenge. Fortunately, we found two more gifted and versatile actors - Amy Smallman-Winston and Clara Rodriguez -who added their experience and range. Amy is a former member of The Groundlings and all of our cast are experienced improv performers which is imperative in this show. We've been incredibly lucky to have the amazing Kevin Bailey (/people/Kevin-Bailey/) as our director/executive producer. Kevin was our male cast member in the NoHo Arts Center reading and has championed Brushes ever since. We owe him a huge debt of gratitude if not a lifetime supply of hair products. It's been wonderful to watch everyone play off each other, inspire new directions in the material, and become a fun, wacky family.

Is there anything you wish to add that I have not mentioned?

CH: We're bristling with pride that Brushes will have its world premiere at The Whitefire. The show was conceived close to six years ago and, in that time, we have had readings in Kansas City, New York (Workshop Theatre) and two in Los Angeles (NoHo Arts Center and Theatre West). It's been a hair-larious ride and we can't wait until opening night. Our only fear is that the crazy L.A. weather will wreak havoc on our hairstyles. (Humidity is not our friend, Don!) 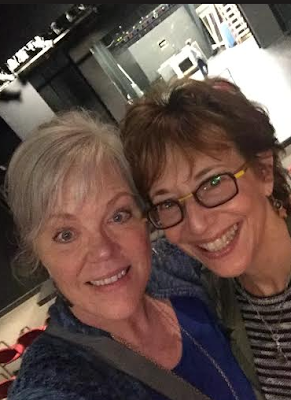 About Show Times and Tickets: March 30 - May 4. Saturdays at 8:00 pm. Running time: 90 minutes - no intermission. Appropriate for ages 15+. Tickets: $30. For tickets and information: brushes.brownpapertickets.com. The Whitefire Theatre is located at 13500 Ventura Boulevard, Sherman Oaks 91423. Theatre has AC/Heat and is wheelchair accessible.
www.brushesacomedyofhairs.comwww.facebook.com/BrushesComedyofHairs

Center for the Art of Performance Presents Aguas Trio

Heidi Duckler Dance Presents ONE LEG AT A TIME Exhibition

HEATHERS THE MUSICAL is Coming to Simi Valley

New Jersey: TV: Sing Along to the Best of Andrew Lloyd Webber in Sneak Peek of Paper Mill's UNMASKED!