Sundance Institute today announced Fellows and Advisors for the five-day 2019 Creative Producing Labs, as well as the three-day Creative Producing Summit which immediately follows; both take place at Utah's Sundance Mountain Resort. The Labs begins July 29, and the Summit August 2. These are the flagship convenings for the Institute's Creative Producing Program, which champions and develops current and rising generations of producers across fiction and nonfiction film.


The 2019 Creative Producing Lab Fellows are:

Animal
Producing Fellow: Kenneth Renaldo Reynolds
Following the murder of his partner, an embittered game warden desperately investigates the mysterious nature of a series of horrific killings, while trying not to lose his humanity and ALL THAT he holds dear. (Writers Hunter Burke and Nick Lavin / Director Brian C Miller Richards) 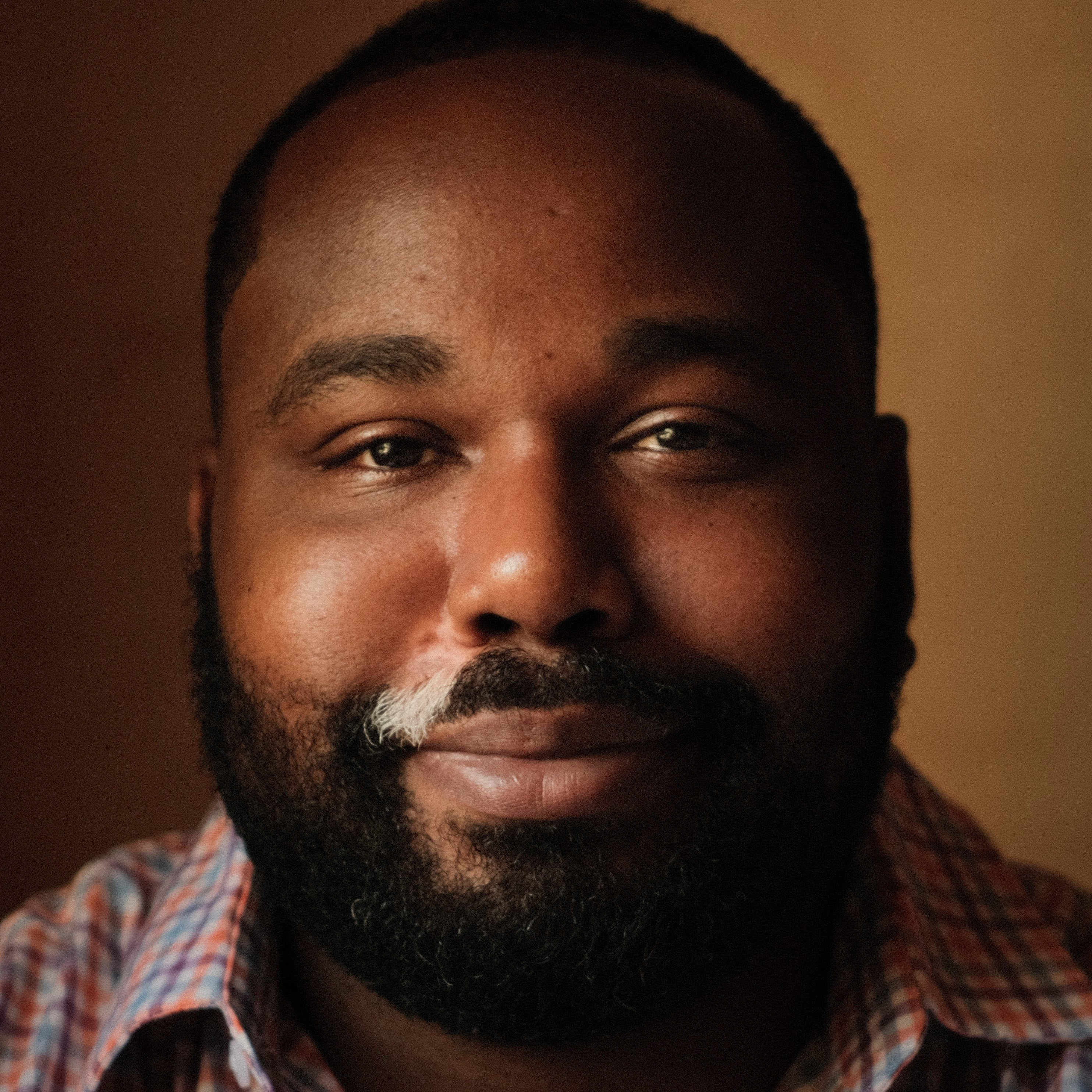 Kenneth Renaldo Reynolds is a proud resident of New Orleans, Louisiana who spent the early portions of his career working on a variety of projects and in various positions during his time in entertainment, mostly in broadcast events. Pivoting to producing narrative works, he produced the pilot for Shepherd (indie series). In 2018, Kenny was selected to participate as a fellow for the inaugural Southern Producers Lab. Most recently, he produced Lost Bayou, which was selected as a 2018 IFP Narrative Lab Project and made its premiere at the 2019 Tribeca Film Festival.Bluets
Producing Fellow: Taylor Shung
A group of inner city teenagers struggle and thrive during the last two weeks of high school when a spiral of events ruptures their social circle. (Writer/Director Hannah Peterson) 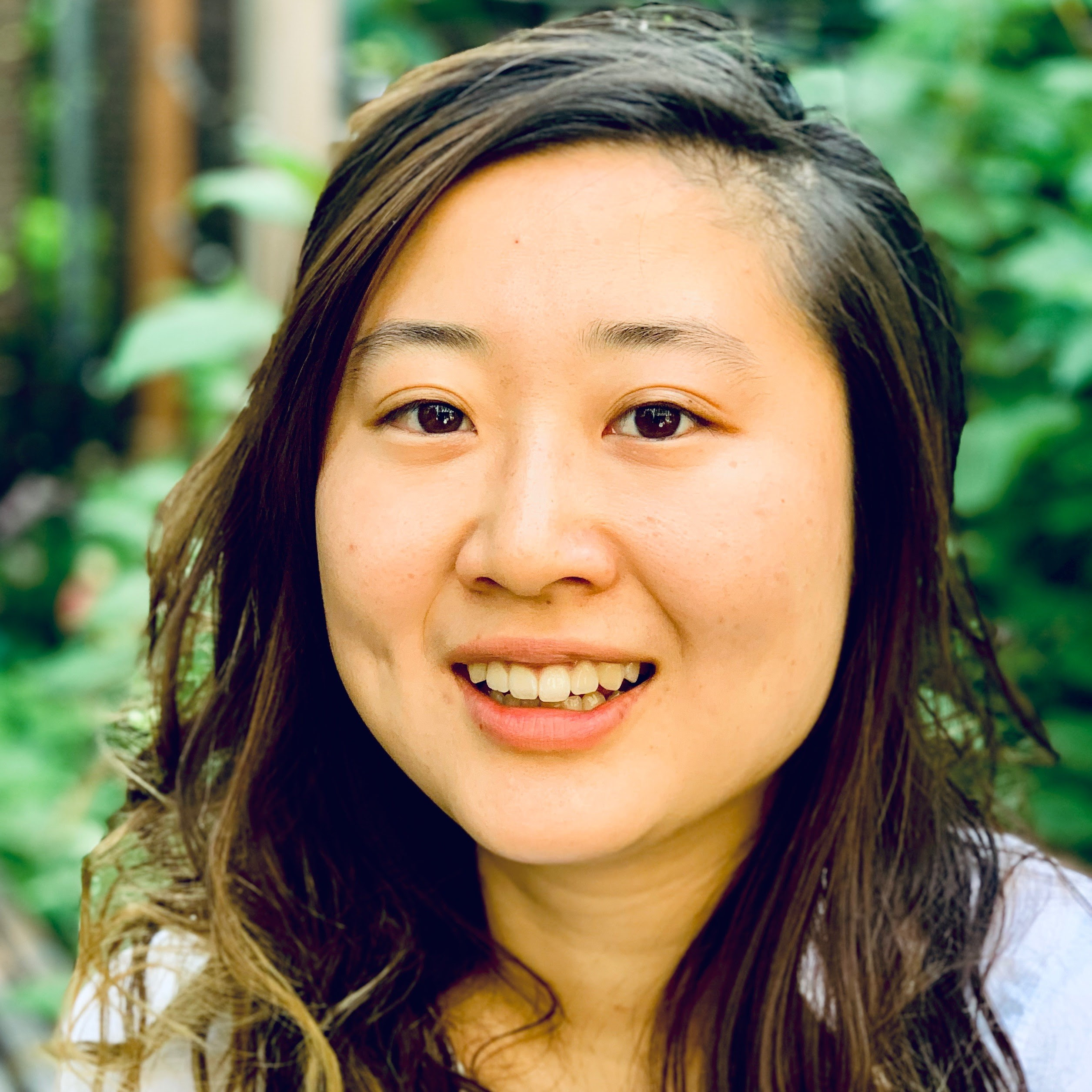 Taylor Shung is a producer born and raised in New York City. She recently produced the short film Agua Viva(directed by Alexa Lim Haas), which won the 2018 SXSW Animated Shorts Grand Jury Prize and Mickey and The Bear(directed by Annabelle Attanasio), which had its world premiere at SXSW and international premiere at L'acid Cannes 2019. Taylor is also a producer for Borscht Corp, a film and arts non-profit in Miami. Her feature film credits as a line producer include Nomadland (Chloe Zhao); Omniboat (Borscht); To The Night(Peter Brunner); Jacqueline Argentine (Bernardo Britto); and A Woman, A Part(Elisabeth Subrin).Egg Baby
Producing Fellow: Allison Friedman
When a goth girl is partnered with her ex and the football captain on a parenting assignment to take care of an egg, she's forced to come out of her shell and confront her cracked relationships. (Writer Sawyer Perry, director Natalia Anderson)

Allison Friedman is a creative producer with a diverse slate of film and television projects. She is currently in post-production on her first independent feature, The Mortuary Collection, a dark fantasy/horror film. She also produced Sunspring and It's No Game, short films written entirely by an AI self-named Benjamin. After receiving her MFA from the Peter Stark Producing Program at USC, Allison started her career at MGM, followed by Simon Kinberg's production company, and most recently served as an executive at Color Force, where she worked on projects like Crazy Rich Asians and the American Crime Story series. Nanny
Producing Fellow and Silverman Honoree: Nikkia Moulterie
While piecing together the American Dream, an immigrant nanny caring for the child of a New York City family is haunted by the presence of the child she left behind--unveiling truths that threaten to shatter the life she's carefully constructed. (Writer/Director Nikyatu) 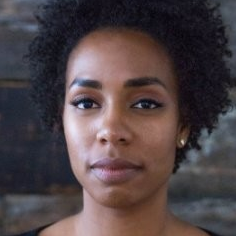 Nikkia Moulterie is a NY based producer, currently at Rock'n Robin Productions / ABC News. She has a short film Suicide by Sunlight, which premiered at the 2019 Sundance Film Festival, continuing the festival circuit having screened at MoMA Black Women's Film Conference, BAMcinemaFest, AFF, Rooftop Films Summer Series, and touring with the Sundance shorts tour. She was a co-producer on the premiere season of the Peabody Award Winning Random Acts of Flyness for MVMT / HBO. Her work as a producer also includes projects at MTV, T Magazine, Netflix, Adult Swim, as well as numerous brands in the short form arena. With a passion for fearless storytelling, she is currently in development on both fiction & non-fiction projects. The Starling Girl
Producing Fellow: Kara Durrett
A Christian fundamentalist teenager starts an affair with her youth pastor and pushes her sexual exploration to both exciting and disturbing ends. (Writer/Director Laurel Parmet) 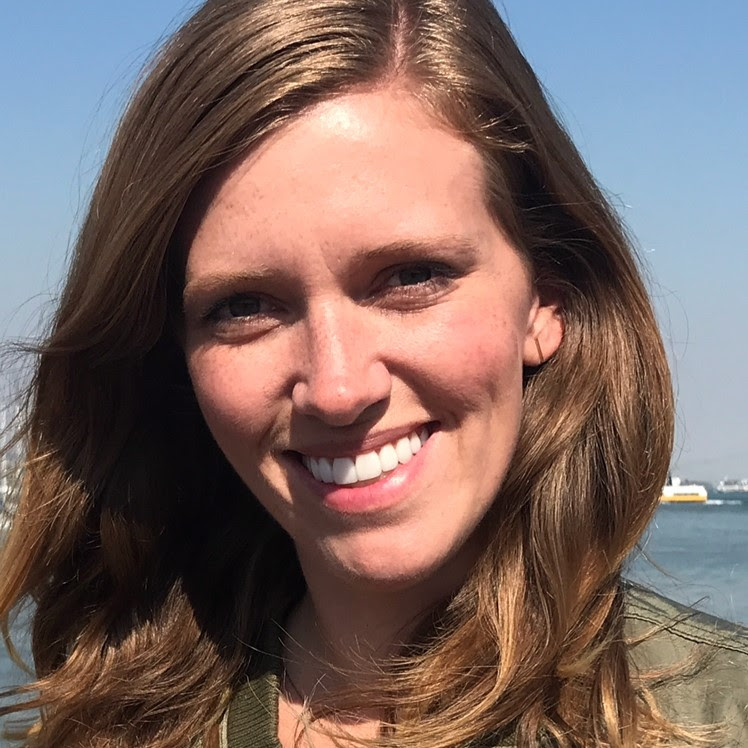 Kara Durrett is an NYU graduate working as an independent producer in NYC and LA. Her most recent project Topside, from writer/directors Celine Held and Logan George, is currently in post production and was produced alongside Likely Story. She's had multiple short films, documentaries, and a feature film in over 75 festivals worldwide including Sundance, Cannes Official Selection, SXSW, Telluride, and many more. Her short film Caroline (with directors Held & George) was shortlisted for the Oscars in 2018 and her film Krista won the Vimeo Staff Pick Award at SXSW. She is currently in post production on Save Yourselves!, a sci-fi comedy written and directed by Alex Fisher and Eleanor Wilson.

An Act of Worship
Producing Fellow: Sofian Khan
An Act of Worship follows a new generation of young Muslim-American female activists at a time when anti-Muslim sentiments in the United States are sharply on the rise. (Director Nausheen Dadabhoy) 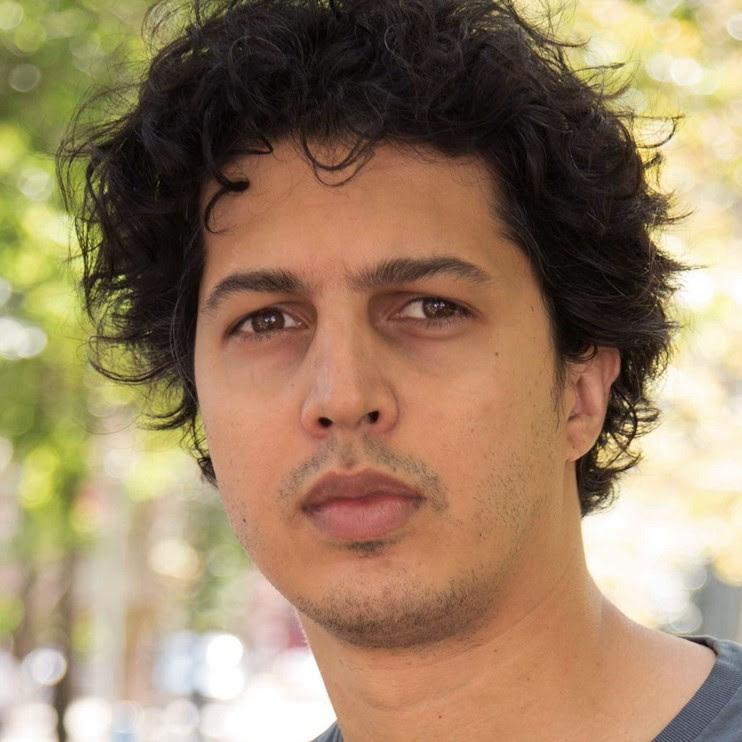 Sofian Khan is the founder of Capital K Pictures, a New York-based production house focusing on nonfiction work. He is a 2016 MacArthur Documentary Grant recipient for The InterpretersS (2018), which will make its broadcast premiere on PBS' INDEPENDENT LENS series in fall 2019. Currently, Sofian is producing An Act of Worship, a documentary feature about Muslim-American activism being made with major support from Ford Foundation's JustFilms initiative.Finding Yingying
Producing Fellow: Diane Quon
Finding Yingying tells the intimate, harrowing story of a Chinese family's journey as they search for their daughter, an international student kidnapped within her first weeks in Illinois in June 2017. As foreigners dealing with a complicated U.S. criminal justice system and cultural differences, Yingying's family attempts to seek justice and find closure as the mystery of what happened to Yingying unfolds.(Director Jenny Shi) 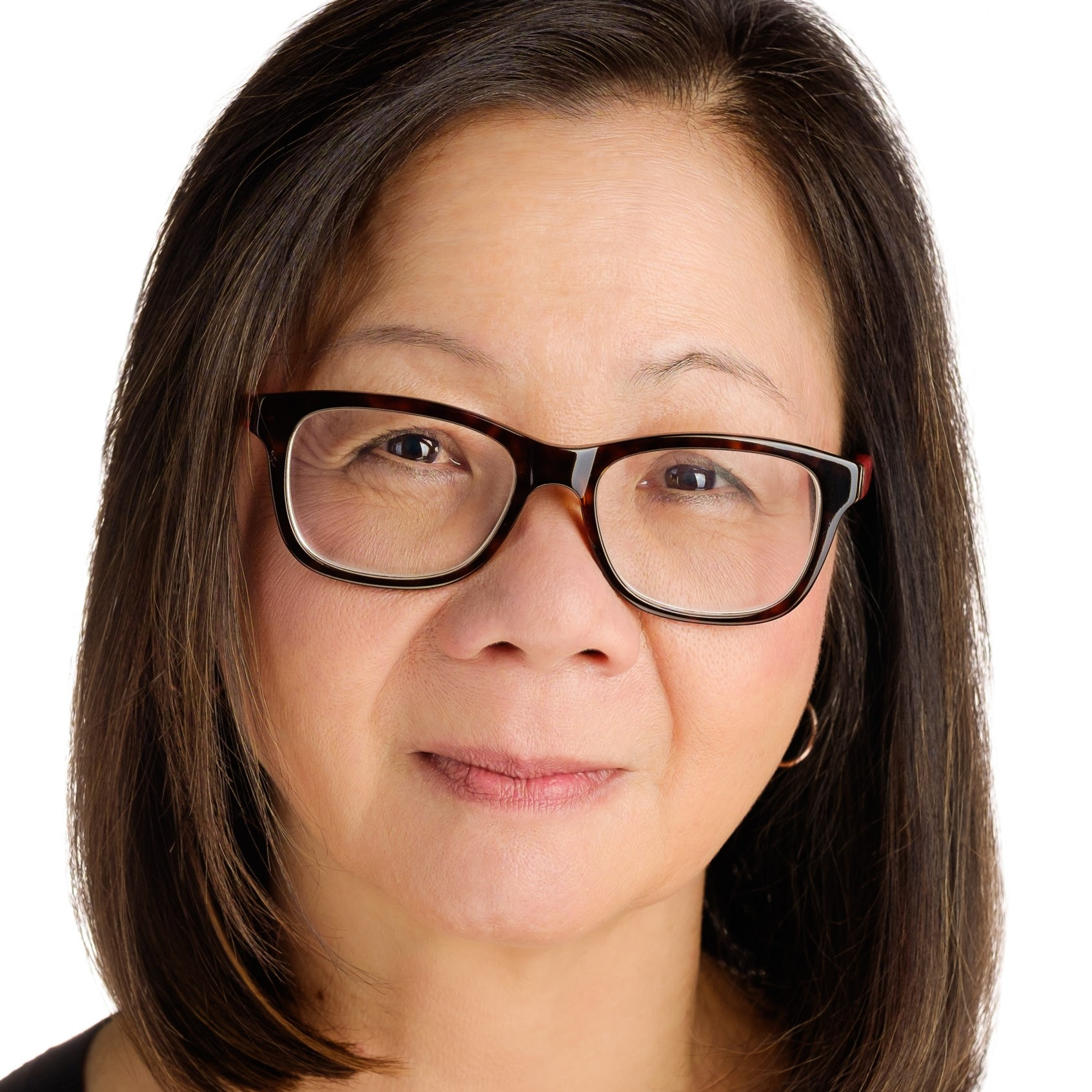 Diane Quon is the producer of the 2019 Academy Award nominated and Peabody Award-winning Minding the Gapdirected by Bing Liu. She worked in Los Angeles for 17 years as a marketing executive for NBC and Paramount before returning to her hometown of Chicago. Diane is currently producing the Kartemquin Film documentaries: Left-Handed Pianist co-directed by Gordon Quinn and Leslie Simmer; The Dilemma of Desire directed by Maria Finitzo; and Finding Yingying directed by Jiayan "Jenny" Shi. She is also producing the feature documentary Down a Dark Stairwell directed by Ursula Liang, and is developing a fiction film based on a New York Times best-seller. Pray Away
Producing Fellow: Anya Rous
Pray Away tells the story of the history and continuation of the "pray the gay away" or ex-gay movement. (Director: Kristine Stolakis) 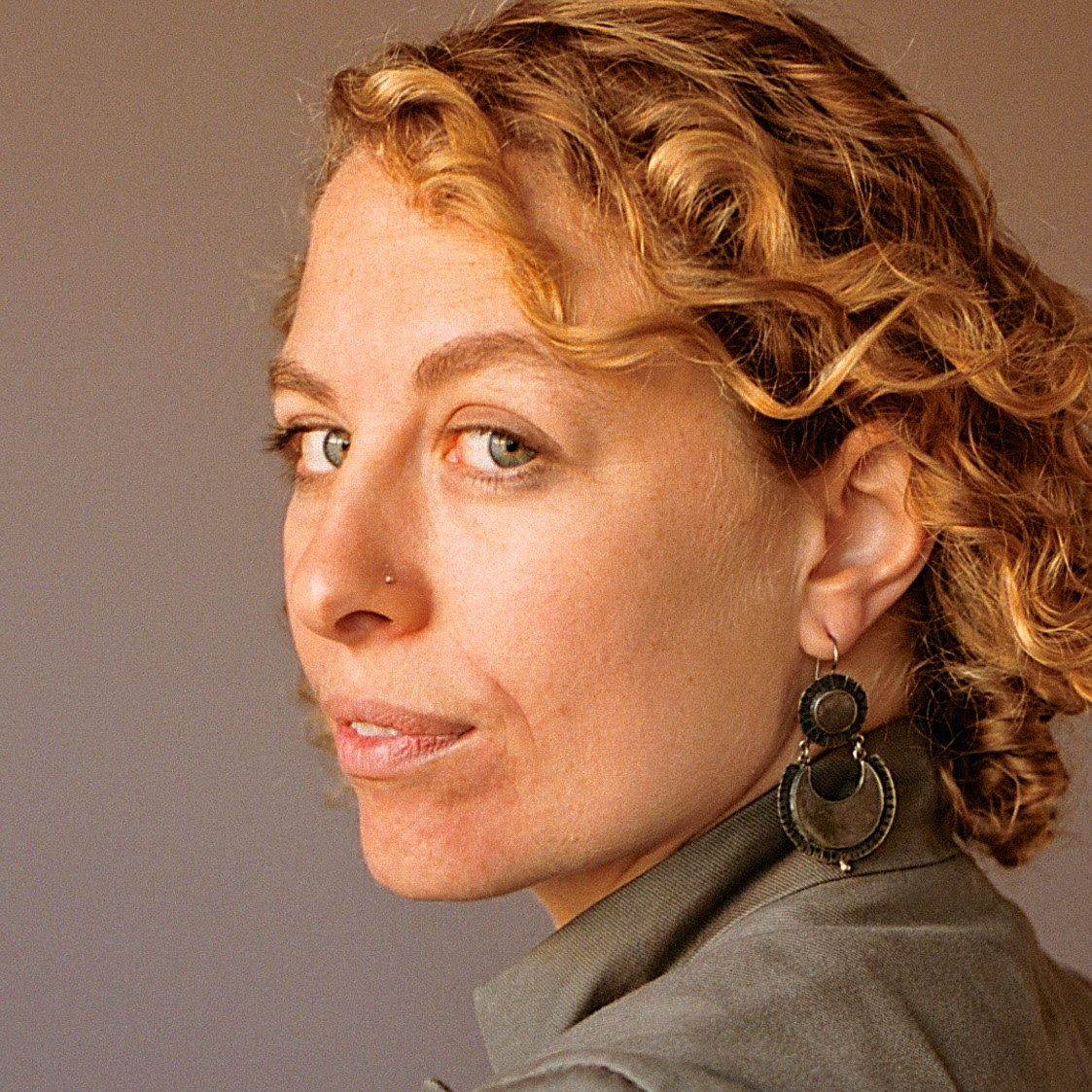 Anya Rous is a Brooklyn-based Producer and Head of Partnerships at Multitude Films, an independent production company dedicated to telling stories by and about underrepresented communities. Anya co-produced the following critically-acclaimed films: Always in Season(Sundance Film Festival 2019), The Feeling of Being Watched (Tribeca 2018), and Naila and the Uprising (IDFA 2017), and co-executive produced Call Her Ganda (Tribeca 2018). Anya is an Impact Partners Documentary Producing Fellow.The Tuba Thieves
Producing Fellow: Rachel Nederveld
Reimagining sound and the aural world, The Tuba Thieves fictionalizes real events and lived experiences through mis-communication and mis-hearings. Intercut with reenactments of historical concerts, a Deaf drummer explores her connection to music with her hearing father and hearing boyfriend while marching band students reconcile with tuba thefts from Los Angeles high schools. (Director Alison O'Daniel) 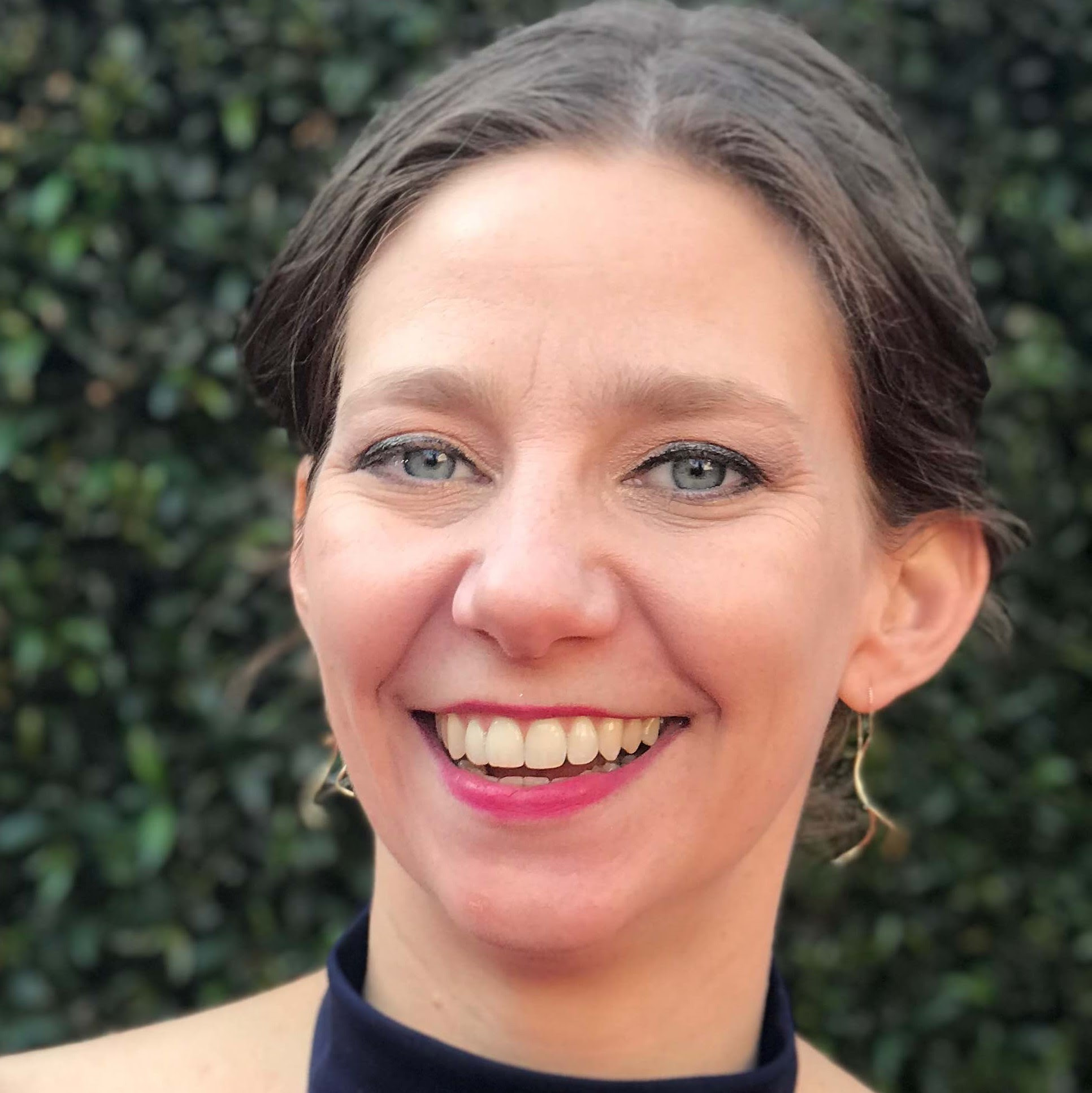 Rachel Nederveld is an independent producer based in Los Angeles who cut her teeth in film working on documentaries about Cajun and Creole culture. Her most recent film Clara's Ghost (dir. Bridey Elliott) premiered at the 2018 Sundance Film Festival followed by a theatrical release and the short films Lou (dir. Clara Balzary) starring Joaquin Phoenix, Sasha Frolova, and Odessa Young premiered at TIFF 2018 and Momster (dir. Drew Denny) with Annapurna starring Brianna Hildebrand and Amanda Plummer premiered at Tribeca Film Festival 2019. Current projects include the docu-hybrid feature The Tuba Thieves (dir. Alison O'Daniel) which is a 2019 Creative Capital Award Winner and has screened in various forms internationally, and The Freeze, a documentary exploring a line dance phenomenon. Rachel was a 2018 IFP Cannes Producing Fellow. Through the Night
Producing Fellow: Jameka Autry
To make ends meet, Americans are working longer hours across multiple jobs. This modern reality of non-stop work has resulted in an unexpected phenomenon: the flourishing of 24-hour daycare centers. Through the Night is a verité documentary that explores the personal cost of our modern economy through the stories of Marisol Valencia, Shanona Tate and Delores "Nunu" Hogan - two working mothers and a childcare provider - whose lives intersect at a 24-hour daycare center in New Rochelle, NY. (Director Loira Limbal) 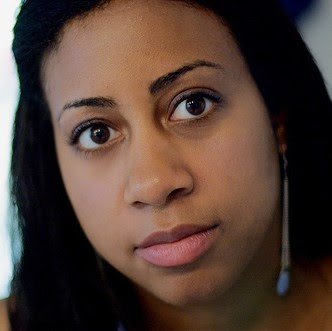 KATY KEENE Will Not Return for Season 2


From This Author TV News Desk

How to Throw A Revolutionary HAMILTON Watch Party