TodayTix Guide: Where to Stream All of Your Favorite Musicals

This piece originally appeared on The Insider.

So you're stuck at home. We are too. Good thing there's endless hours of theatrical content available online to fill all your time social distancing. (And no, we're not talking about a good YouTube Spiral.)

Whether you want to watch your favorite movie musical for the 100th time or you're looking to rediscover an overlooked classic ("Chitty Chitty Bang Bang" anyone?), now is the time to indulge your movie musical nerd. We totally recommend a solo dance party for after you're watched "Mamma Mia: Here We Go Again."

Find out where to stream all your favorite movie musicals below!

Get ready for some musical theater and chill. Want to see a full Broadway production? A Stephen Sondheim tuner? A brand new Disney movie musical sequel? Head to trusty Netflix for all the content.

We're all staying inside to protect our "Big Bright Beautiful World," and this taping of the original Broadway production of "Shrek: The Musical" will help keep you smiling.

You can't stop the beat of the peppy story about how one girl brought her community together in the 1960s. Watch the beloved adaptation of the hit musical to keep your spirits up.

So this one isn't really an upper, but what some call Stephen Sondheim's greatest score reaches new heights in this Tim Burton adaptation.

We're beggin' you to stay inside! See what we did there? Experience the hits of Frankie Valli and the Four Seasons in this Clint Eastwood adaptation of the Tony-winning jukebox musical.

You don't need a spoonful of sugar to make this delightful sequel go down. Go on an all-new adventure with everyone's favorite nanny, as Emily Blunt reinvents the iconic role.

A musical about a flying car? Yes please. This 1968 classic musical fantasy is the perfect film to lift your spirits.

"The Cher Show" might not be on Broadway anymore, but the queen of the divas spars with '90s pop icon Christina Aguilera in this uplifting film about following big dreams.

What Hulu lacks in a robust selection of musical theater choices, it makes up for in a wealth of channel add-ons where you can see a plethora of films (see below.)

The Phantom of the Opera

Even though Broadway is closed, that doesn't mean you can't enjoy its longest-running musical onscreen. Enjoy Andrew Lloyd Webber's dark classic with this 2004 adaptation.

Were you planning to see the new stage adaptation in the West End? Or were you jealous of those who could? Why not revisit this classic story through the original animated film instead?

Is there anything that Amazon can't do? From behind-the-scenes documentaries to Golden Age films, you can find it all here.

The King and I

Hamilton: One Shot to Broadway

Go behind the scenes with the making of a phenomenon with this documentary. 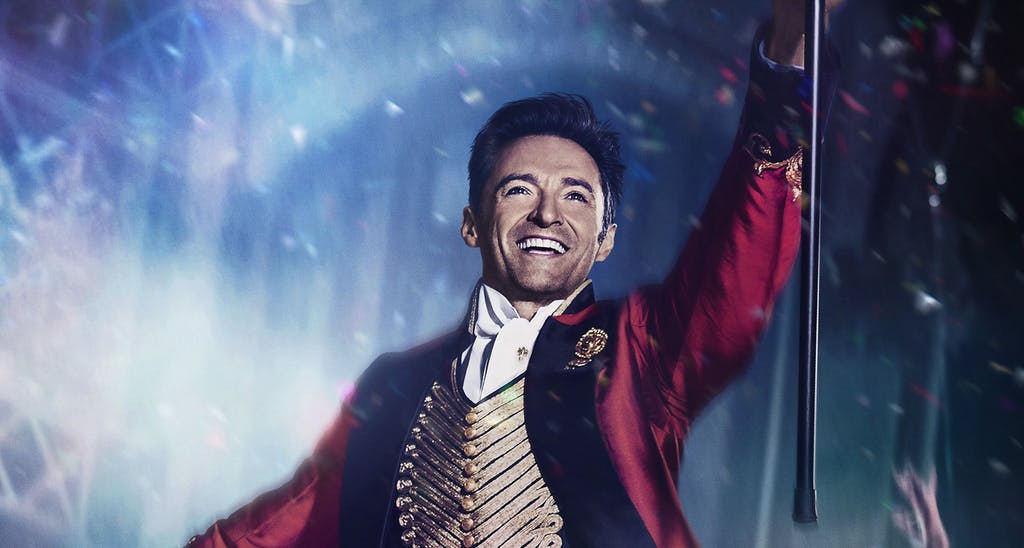 Need an uplifting message in these dark times and the perfect pop score to keep you dancing? Take a trip to the big top with Hugh Jackman in this story about ringmaster P.T. Barnum.

Don't have any instruments in your home? No problem. Get your a cappella on with everyone's favorite group. Let's go pitches!

Fiddler on the Roof

Tradition-al musicals might be just the ticket during these trying times. Also, this story about a family surviving some similar strife might be the comforting.

Conrad Birdie didn't have Instagram but he still captured the country's attention with his voice and his moves. Revisit the classic 1963 musical comedy.

So you can't go see the acclaimed Off-Broadway revival of the Howard Ashman and Alan Menken musical about a flesh eating plant? Find your own somewhere that's green...in your living room, where you can watch the original movie.

The Baker and his wife had to go into the woods to please an evil witch, and all we have to do is stay inside and sit on our couches. Experience Sondheim's revision of classic fairy tales with an all-star cast.

Sure this is premium content, but if there was ever a time to splurge on things to watch, we'd recommend doing it during several weeks of social distancing. Find some cult-favorites and classics on HBO. 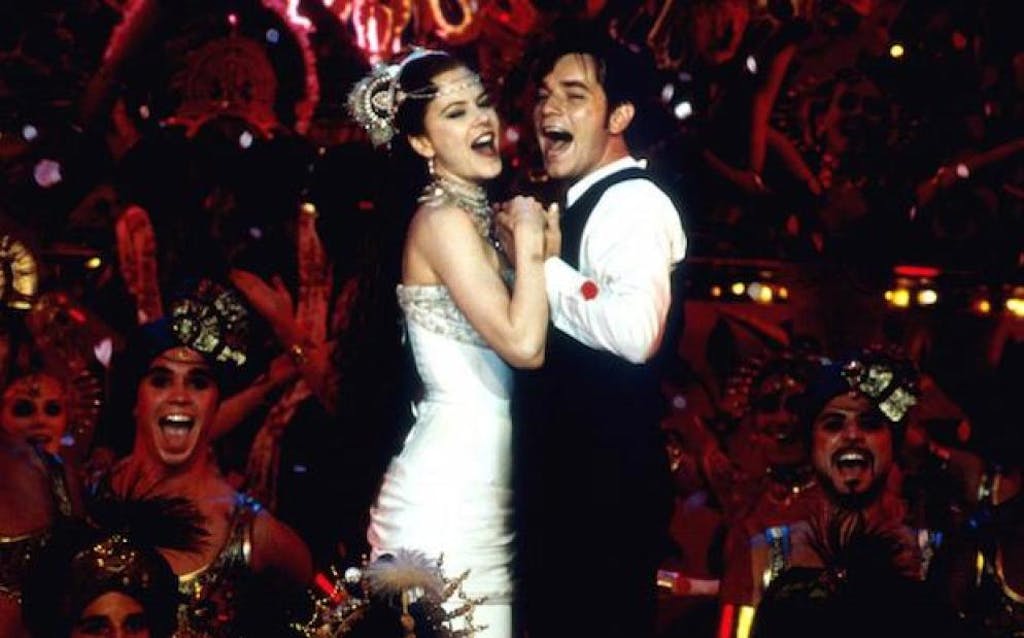 While the lavish and extravagant production on Broadway is temporarily shuttered right now, what better time to revisit Baz Luhrmann's original film. Come what may, we will always know every single word to the "Elephant Love Medley." Virtual karaoke hang anyone?

Hedwig and the Angry Inch

What started as a basement one-man show became one of the ultimate cult-favorite musicals (and movie musicals) of all time. John Cameron Mitchell's "Hedwig" is a masterpiece to behold and we could all use a little (origin of) love during these times.

Put on your Sunday clothes and parade around your apartment! Whether you're reminiscing about seeing Bernadette Peters and Bette Midler in the musical on Broadway or you just need a dose of Dolly Levi in your life, this classic musical will certainly lift your spirits.

Get ready to 'ease on down the road with this this magical retelling of The Wizard of Oz. Get ready to experience all the love and soul, and take a trip to Oz from your couch.

Sure, we might not be allowed to travel to Greece right now, but Donna and the Dynamites are ready to turn you into a dancing queen. This feel-good movie musical is the ticket everyone needs right now.

Loved "Mamma Mia"? Well get ready to go again with this sequel. Take a trip back to the Grecian islands as Sophie is navigating new life choices after her mother's death.

This Oscar-winning adaptation of the Kander and Ebb musical about dueling murderesses arguable sparked the movie musical renaissance. Even if you can't get to the show on Broadway or in the West End right now, this film will make you feel like you're there.

Basically, if it's a Disney movie, it's on Disney+. Want to take a trip under the sea with "The Little Mermaid"? Feel like experiencing a similar-ish home-bound situation with "Beauty and the Beast"? Or want some live-action originals like the favorite "High School Musical"? It's all here. After all, we're all in this together.

This piece originally appeared on The Insider.

Everything You Need to Know About TodayTix and COVID-19

A Message from the TodayTix CEO Regarding COVID-19

Breaking: Playwright, Author & Activist Larry Kramer Dies at 84
According to the New York Times, Larry Kramer passed away this morning in Manhattan from pneumonia. He was 84 years old.... (read more)

New Survey Shows Just 19% of UK Theatre Patrons Will Be Willing to Return When Venues Reopen
A new survey conducted shows that only 19% of audience members of U.K. arts venues and theaters will be willing to return to events, even after venues... (read more)

Times Square Billboards Will Go Dark on Wednesday in Support of Restaurants, Hospitality Businesses, and Non-Profits
The iconic digital billboards will go dark to alert the nation to the very real prospect that hundreds of thousands of American restaurants, non-profi... (read more)