From nearly 60 submissions, two rounds of readings narrowed the pool to 15 Finalists, from which a committee of NNPN Artistic Leaders and Affiliated Artists selected the six plays that will be presented in Orlando this December.

Established in 2002, the National Showcase of New Plays is an annual three-day event that highlights unproduced plays from across the country. The Showcase creates a unique and invaluable opportunity for production-ready new plays to be viewed by NNPN's Core and Associate Members' artistic and literary leaders, as well as literary agents, publishers, and independent producers invited from around the country.

More than 90 percent of the plays featured in Showcase has received a production within the next three seasons, many of them supported as NNPN Rolling World Premieres.

ABOUT THE 2017 NATIONAL SHOWCASE OF NEW PLAYS:

Go Ahead by Jeremy Gable
A middle school teacher discovers that she is a finalist for a mission to establish the first permanent settlement on Mars. As she breaks the news to her wife and meets with the billionaire founder of the private company planning the mission, she will have to choose between the earthbound life that she loves, or risk everything for the chance to be history.

The Hour of Great Mercy by Miranda Rose Hall
Ed, a Jesuit priest, returns to the icy and isolated community of Bethlehem, Alaska, in a last-ditch effort to reconcile with his estranged family. Upon arrival, he finds a town still shaken by a tragedy that struck five years ago. As Ed and the community test the limits of their capacity to forgive, Ed unexpectedly falls in love with a stranger beneath the starry Alaskan sky.

Ready Steady Yeti Go by David Jacobi
In the aftermath of a hate crime, Junior High pariah Goon befriends one of the victims, Carly, the only black girl in school. While the town plans a rally "to destroy racism forever," a youthful romance blossoms and the two must navigate the pitfalls of falling in love while dealing with the town's prying eyes, especially those of Wikipedia Jones, the crime-solving son of the Chief of Police. Passive-aggressive antics, bad parental advice, and ill-formed gestures of kindness create a "White Guilt Perfect Storm" that threatens to make the course of true love a rocky road indeed.

No One Is Forgotten by Winter Miller
Two people are being held in an underground prison cell. They don't know what country they are in, how long they've been there, or when they're getting out. How do they pass the time?

Jump by Charly Evon Simpson
Jump is about flickering lights, vapes that fall from the sky, old homes, and a young woman who finds solace on a bridge.

Red Bike by Caridad Svich
What kind of future will you have living in these here United States? Remember when you were eleven years old and you had a bike, one that made you dream about a world bigger than the one in which you live? This is that memory. Except it is now. 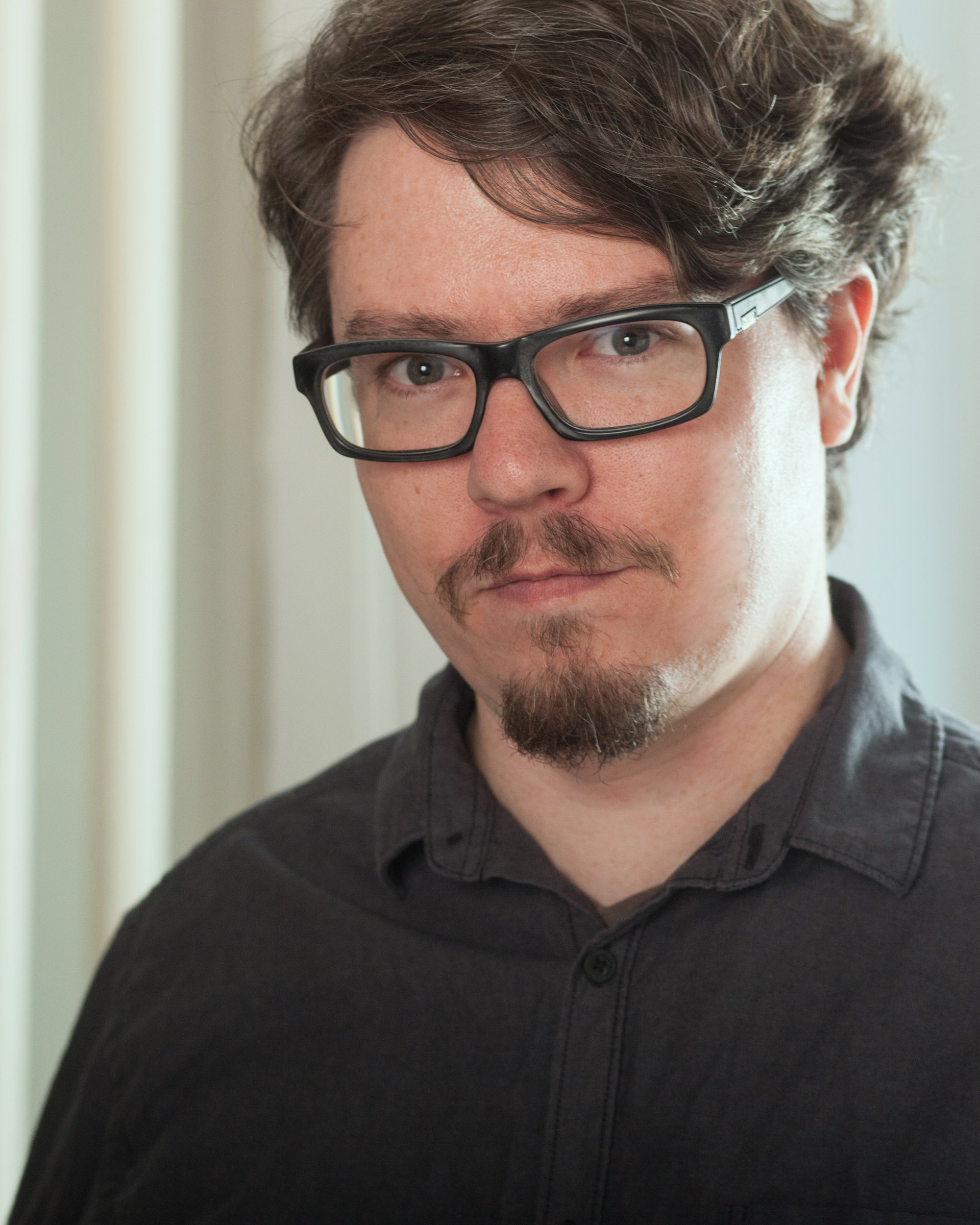 Jeremy Gable is an England-born, Idaho-bred, California-trained, Philadelphia-based playwright and game developer. He is the Resident Playwright for the feminist dance theatre group Sam Tower + Ensemble, was a Core Playwright with InterAct Theatre Company, and is a proud alumnus of The Foundry: A Philadelphia Emerging Playwrights Lab. His work has been presented at the Great Plains Theatre Conference and was a finalist for the Eugene O'Neill National Playwrights Conference, the Heideman Award, and the Terrence McNally New Play Award. Jeremy is also the creator of 140: A Twitter Performance and The 15th Line, the first full-length fully original plays to premiere on Twitter. His work has been performed around the country, as well as Beirut. He is currently turning his play Watch Me Jump into a video game, the demo of which has been played in over 20 countries. jeremygable.com

INTERACT THEATRE COMPANY: Founded in 1988, InterAct is dedicated to presenting new and contemporary plays that explore the political, social, and cultural issues of our time. The company produces four plays annually and is actively involved in the development of new plays, workshops and playwright support, as well as cultivating prize-winning writers, championing world premiere work, and creating community partnerships. interacttheatre.org 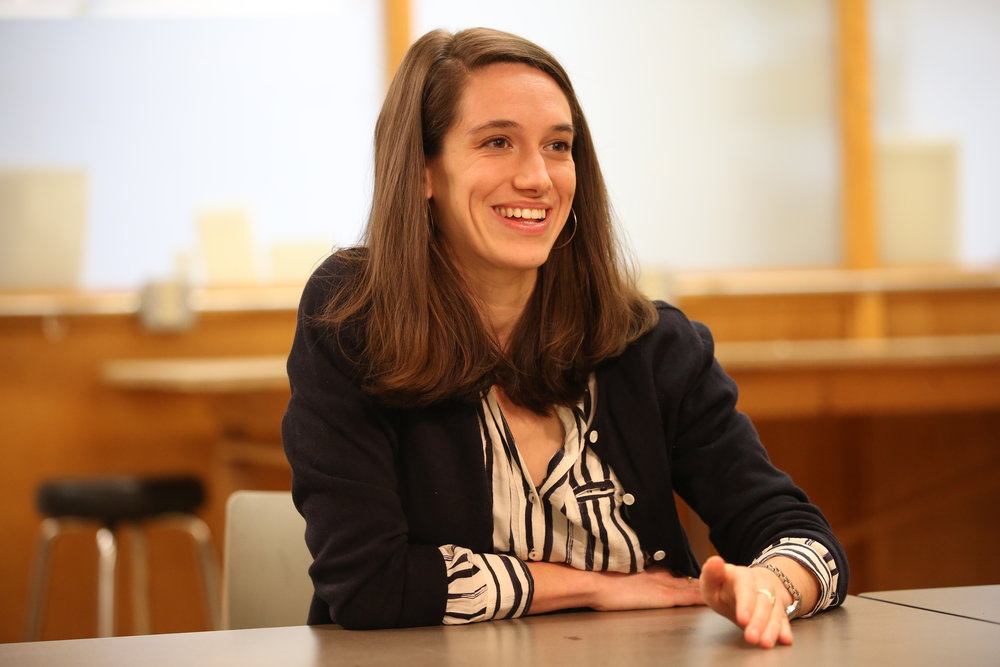 Miranda Rose Hall is a playwright from Baltimore, MD. She has produced her plays at the Yale School of Drama, Yale Cabaret, Yale Summer Cabaret, the DC Fringe Festival, the Sam French Off-Off Broadway Festival, and with Longacre Lea for the DC Women's Voices Theater Festival. She has developed or is developing her work with Baltimore Center Stage, Orlando Shakespeare Theater, NYTW, the Kennedy Center/NNPN MFA Playwrights' Workshop, and the Orchard Project. She is currently Resident Playwright and ensemble member with LUBDUB. Theatre Company, a New York-based physical theater company, and on the faculty at Georgetown University. She graduated with her BA from Georgetown University and her MFA from the Yale School of Drama. mirandarosehall.com 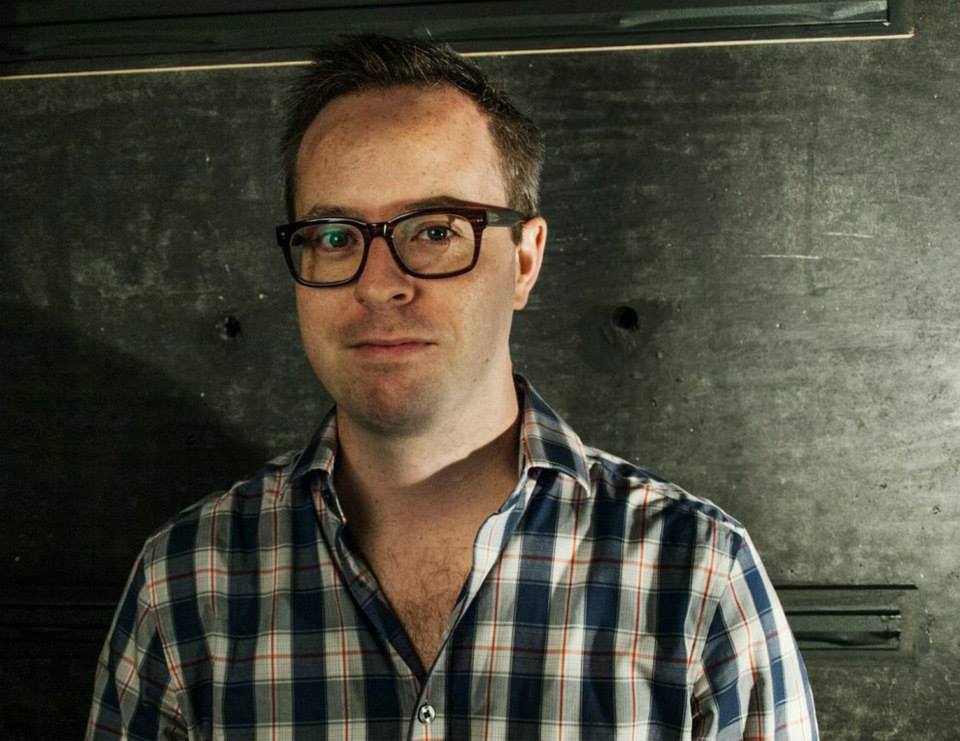 David Jacobi's plays have been performed throughout the U.S. and in China. His work has been developed at Ojai Playwrights Conference, Portland Center Stage's JAW Festival, RISK IS THIS, Great Plains Theatre Conference, Kennedy Center/ NNPN MFA Playwrights' Workshop, SLAC Playwrights Lab, and PlayPenn. He is a winner of the Holland New Voices Award, Kennedy Center Theatre for Young Audiences Award, a Relentless Award semifinalist, and has been nominated for the Weissburger Award. David was the 2015 Shank Fellow at Pig Iron Theatre Company and is currently under commission from the Denver Center. He received a BFA in Dramatic Writing from Purchase College and an MFA from UC San Diego. davidjacobi.net

AZUKA THEATRE: Azuka Theatre gives voice to the people whose stories go unheard. Located in Philadelphia, Azuka Theatre was founded in 1999 by a group of young artists participating in the Arden Theatre Company's nationally recognized Professional Apprentice Program. Azuka Theatre has built a reputation for accessible, thought-provoking, and socially conscious theater and been hailed as "a company to watch" and a "major player on the Philadelphia alterNative Theatre scene," by Philadelphia Weekly. azukatheatre.org 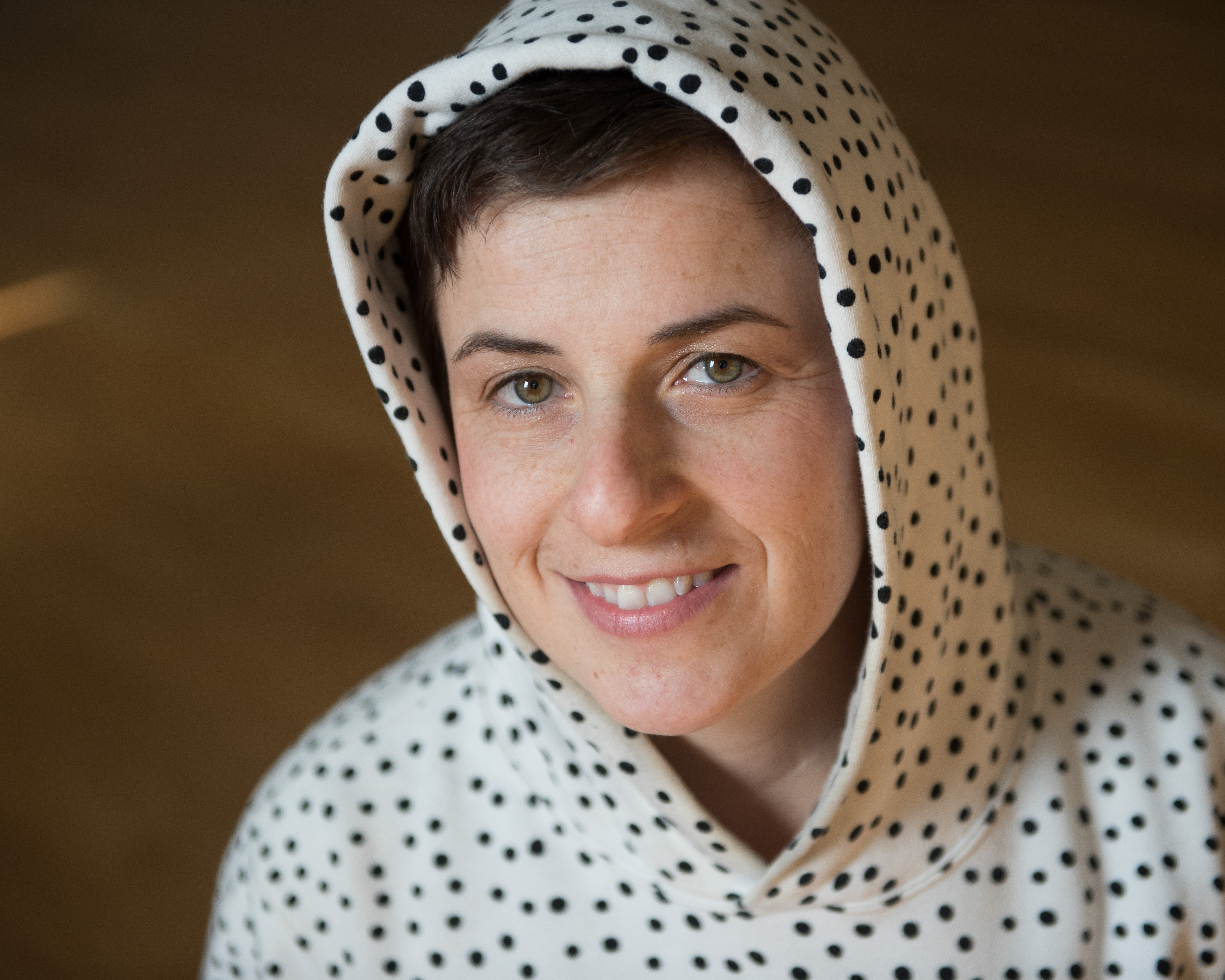 Winter Miller is an award-winning playwright, a 2016 NYFA grantee, and founding member of the Obie-recognized 13 Playwrights. She is best known for her drama In Darfur which premiered at The Public Theater, followed by a standing room only performance at their 1800-seat Delacorte Theater in Central Park, a first for a play by a woman. Other plays include: Spare Rib (Hon. Mention Relentless Award 2016 and Kilroy's The List 2016, multiple benefit readings in NYC); No One is Forgotten (Hon. Mention Kilroy's The List 2015, dev. at Salt Lake Acting Company, Powerhouse, The Lark); Look at Us; The Penetration Play (13P, dir. Josh Hecht); Seed; The Arrival; and the musical Amandine (with composer Lance Horne). Ms. Miller's plays have been produced by The Public, 13P, Cherry Lane, New Black Fest, Joe's Pub, Baltimore Center Stage, TimeLine, Theater J, Keen, WAM, Geva, Horizon, The Landing, and performed in London and Uganda. Fellowships and residencies: Sundance, The Lark, Civilians R&D, Space on Ryder Farm, Playwrights Center Core Writer, Salt Lake Acting Company Lab, Hedgebrook, Blue Mountain Center, and the Cherry Lane Mentor Project. She holds an MFA in Playwriting from Columbia University and a BA from Smith College. wintermiller.com

SALT LAKE ACTING COMPANY: Salt Lake Acting Company (SLAC)'s mission is to engage and enrich community through brave contemporary theatre. Founded in 1970, SLAC is a not-for-profit 501(c)3 professional theatre dedicated to producing, commissioning, and developing new works and to supporting a community of professional artists. SLAC has been nationally recognized by the Shubert Foundation, the National Endowment for the Arts, the Pew Charitable Trusts, and the Edgerton Foundation, among others. SLAC operates under a SPT Actors Equity Association contract and is a Constituent Member of Theatre Communications Group (a national organization for non-profit professional regional theatres), and the National New Play Network (a national alliance of non-profit professional theatres that champions the development, production, and continued life of new plays). saltlakeactingcompany.org 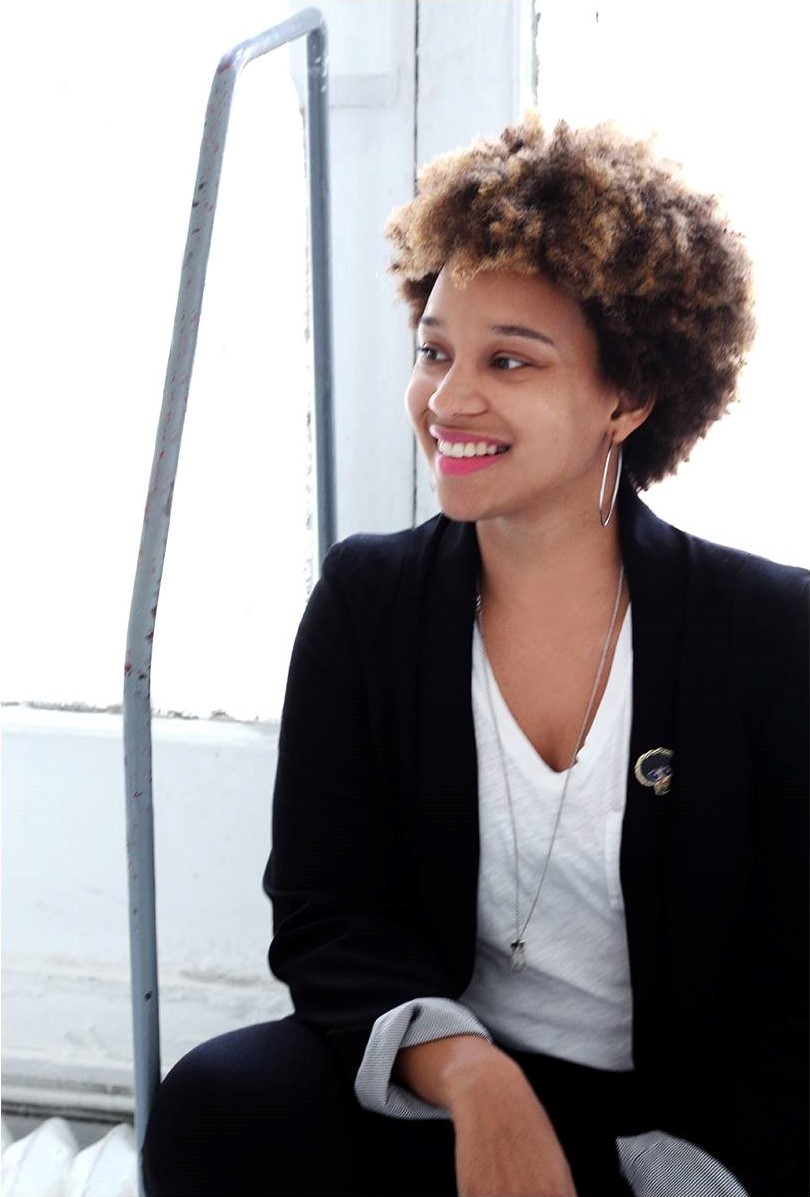 Charly Evon Simpson is a playwright from New York City. Her plays include Jump, Scratching the Surface, Hottentotted, Under the Sheet, While We Wait, and who we let in. Her work has been seen, heard, and/or developed with National New Play Network at its Kennedy Center MFA Playwright's Workshop, Ensemble Studio Theatre, Ars Nova, Samuel French Off-Off Broadway Short Play Festival, FringeNYC, and others. She is a member of the 2017 Working Farm at SPACE on Ryder Farm and Clubbed Thumb's 17/18 Early Career Writers' Group. She is The Pack's current playwright-in-residence and is currently working on commissions from the Ensemble Studio Theatre/Alfred P. Sloan Foundation Science & Technology Project and The Flea. Charly was a Philadelphia Dramatists Center Playwright-in-Residence at Plays & Players Theatre and is a former member of Ensemble Studio Theatre's Youngblood, Pipeline Theatre Company's PlayLab, and Fresh Ground Pepper's PlayGround PlayGroup. She graduated from Brown University and holds a MSt in Women's Studies from University of Oxford, New College, and a MFA in Playwriting from Hunter College. charlyevonsimpson.com 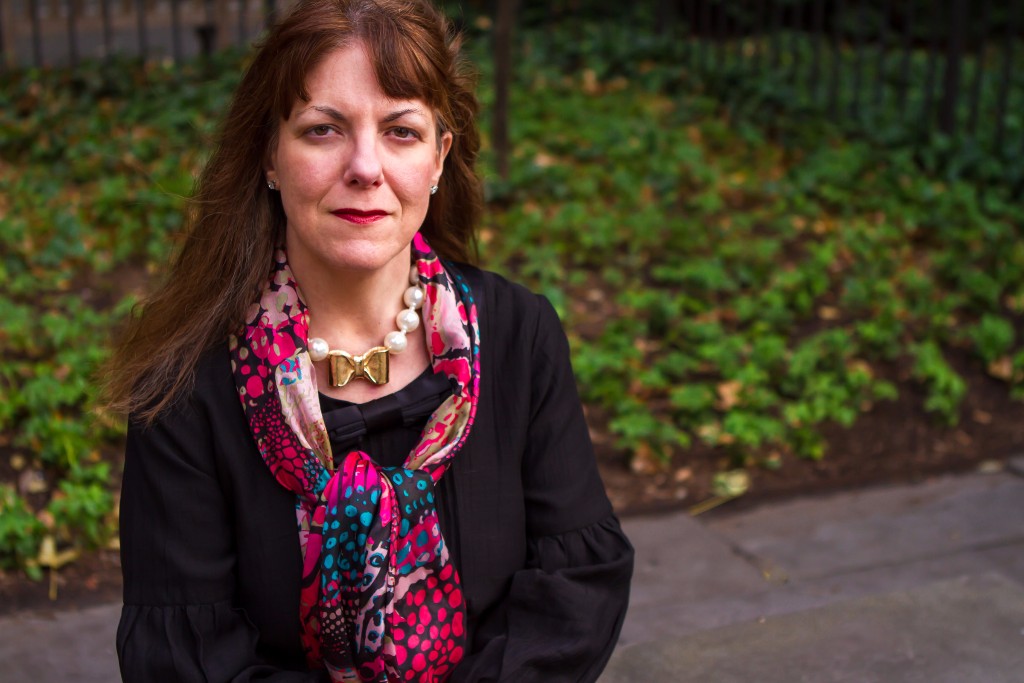 Caridad Svich received a 2012 OBIE Award for Lifetime Achievement in the theatre, a 2012 Edgerton Foundation New Play Award and NNPN Rolling World Premiere for Guapa, and the 2011 American Theatre Critics Association Primus Prize for The House of the Spirits, based Isabel Allende's novel. She has been short-listed for the PEN Award in Drama four times. She has written over forty plays and thirty translations. Among her signature works are 12 Ophelias, Alchemy of Desire/Dead-Man's Blues, Iphigenia Crash Land Falls..., and The Way of Water. She has adapted for the stage novels by Mario Vargas Llosa, Gabriel Garcia Marquez, and Julia Alvarez. Her play De Troya received its world premiere with Cara Mía Theatre in Dallas, Texas in the spring of 2017 under David Lozano's direction, with a score by Tom Hagerman of the Grammy-winning band DeVotchKa. She is currently under commission from Oregon Shakespeare Festival, Cleveland Opera Theater, and the University of Alabama-Birmingham. Her play Fugitive Pieces is currently under option for film. She is published by TCG, Broadway Play Publishing, Playscripts, Smith & Kraus, Intellect UK, Seagull Books, Eyecorner Press, and Methuen Bloomsbury Drama. caridadsvich.com

THE MFA PLAYWRIGHTS' WORKSHOP: A partnership between the Kennedy Center Education Department (the American College Theatre Festival) and Stanford University's National Center for New Plays, the annual MFA Playwrights' Workshop (MFAPW) provides six to eight graduate students with an eight-day workshop for their plays and a unique professional development opportunity that links them to Network theaters.

Universities are asked to nominate current MFA candidates for the program, and those who are selected are paired with professional directors and dramaturgs from NNPN member theaters-recognized leaders with years of experience in the development of new work-and Washington, DC-based professional actors. The process gives young writers an education in professional play development, unparalleled mentorship in the creation of their work, and a valuable entrée to some of the country's most vital new play theaters. You can find more information on the MFA Playwrights Workshop here.

The Philly POPS Caps the TOPS of the POPS Season with SINATRA: A MAN AND HIS MUSIC

Check Out Exclusive New Designs In The Theatre Shop