CBS's 60 MINUTES is No. 2; Makes Nielsen Top 10 in Key Demos
by TV News Desk - Oct 24, 2017
60 MINUTES was America's #2 program in viewers and the week's top non-sports broadcast, drawing 14.6 million according to Nielsen live plus same day ratings for Sunday, Oct. 22. It was the second week in a row the broadcast cracked the top 5.

Oprah Winfrey Goes Inside America's Most Notorious Prisons on 60 MINUTES
by BWW News Desk - Oct 22, 2017
Oprah Winfrey visits California's Pelican Bay Prison and the infamous Security Housing Unit (SHU), which has been controversial for years and once earned the supermax prison the nickname Skeleton Bay. She reports on conditions in the SHU isolation unit that critics say constitutes torture. Winfrey's report will be broadcast on 60 MINUTES Sunday, Oct. 22 (7:30-8:30 PM ET/7:00-8:00 PM PT) on the CBS Television Network. 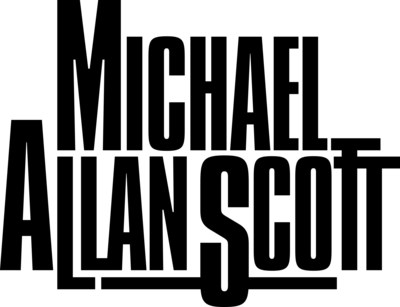 Oprah Winfrey Goes Inside America's Most Notorious Prisons on 60 MINUTES
by TV News Desk - Oct 18, 2017
Oprah Winfrey visits California's Pelican Bay Prison and the infamous Security Housing Unit (SHU), which has been controversial for years and once earned the supermax prison the nickname Skeleton Bay. She reports on conditions in the SHU isolation unit that critics say constitutes torture. Winfrey's report will be broadcast on 60 MINUTES Sunday, Oct. 22 (7:30-8:30 PM ET/7:00-8:00 PM PT) on the CBS Television Network.

Fuel Announces 2018 Season
by BWW News Desk - Nov 24, 2017
Fuel today announces its 2018 season features a programme of work commissioned to imagine what kind of world might lie ahead. Fuel invites artists to illuminate the past, and reflect on where we are today, to help us imagine a future, considering some of the biggest questions we are faced with today - from gender to migration - both at scale and in intimate settings.

BWW Review: INSIDE PUSSY RIOT, Saatchi Gallery
by Nicole Ackman - Nov 16, 2017
Inside Pussy Riot is an immersive, provocative experience, not for the faint of heart. This innovative performance was created by Les Enfants Terrible and the Tsukanov Family Foundation, in collaboration with Pussy Riot co-founder Nadya Tolokonnikova and Bird & Carrot. The piece puts the audience in the place of Pussy Riot as they stage a protest and are later sentenced and imprisoned.

Gaz Coombes's New Album WORLD'S STRONGEST MAN Out Today on Hot Fruit
by BWW News Desk - May 4, 2018
World's Strongest Man is the magnificent third solo album by Gaz Coombes. Inspired variously by Grayson Perry's the Descent of Man, Frank Ocean's Blonde, Californian weed, British woodlands, unchecked toxic masculinity and hip hop (and a whole lot more besides), it's a truly remarkable collection of eleven deeply personal songs each set to expansive, addictive melody. From the deep soul purge of the title track to the coruscating Fripp-goes-motorik sprint of 'Deep Pockets' via the gorgeous cyclonic ballad 'Slow Motion Life' and the raw-as-hell stream of consciousness panic attack in 'Vanishing Act,' World's Strongest Man is a bold, ambitious, free-thinking, future-facing rock'n'roll record.
3rd Annual Queerly Festival Announces Lineup at The Kraine Theater
by BWW News Desk - May 19, 2017
FRIGID New York @ Horse Trade will present the third annual Queerly, a festival seen through lavender-colored glasses, June 23-July 1 at The Kraine Theater (85 East 4th Street between 2nd Avenue and Bowery).
Major Artists Release Chelsea Manning Benefit Album
by BWW News Desk - May 16, 2017
Today, as Chelsea Manning is released from prison following 7 years of incarceration, a group of prominent musicians have launched an online benefit compilation to show their support and raise funds to help cover Chelsea's basic living expenses as she transitions back into the free world.
BWW Review: PROMETHEUS BOUND at Uprising Theater
by Karen Bovard - May 1, 2017
Uprising is one of the younger companies in the Twin Cities' rich and diverse theater landscape. They are very clear on their mission: to tell compelling stories that humanize the issues we grapple with as a society and then to convert audience response into concrete and practical action, immediately.

Unit 102 Presents THERAC 25 By Adam Pettle
by BWW News Desk - Mar 8, 2018
UNIT 102 ACTORS COMPANY Unit 102 Actors Company is proud to announce its production of THERAC 25 by Toronto playwright, Adam Pettle. This brand-new production continues Unit102's commitment to producing the best in indie theatre. With new revisions to the award-winning script and a multi-disciplinary production team, this production of THERAC 25 promises to be a radiant and sensory experience.
Scoop: 20/20 on ABC - Friday, March 10, 2017
by - Mar 8, 2017
Get all the scoop on 20/20, airing on ABC on Friday, March 10, 2017!

THE CHESS PLAYER Reimagines Classic Tale at Edinburgh Fringe
by BWW News Desk - Jul 27, 2017
A battle rages inside prisoner's mind as he struggles against insanity while held in solitary confinement in a Nazi jail. After stealing a book of chess matches, he divides his conscious self into two feuding chess masters.
THE NATIONAL MONOLOGUE SLAM to Take Groundbreaking Acting Competition Around the U.S.
by BWW News Desk - Jul 11, 2017
The folks who gave you Manhattan Monologue Slam are going national with The National Monologue Slam, the latest creation from the minds of Philip and Robert Galinsky.  The brothers have been serving the acting community since 2003 with their groundbreaking monthly competition The Manhattan Monologue Slam, an opportunity for emerging actors to perform for industry professionals each and every month by providing a panel of judges consisting of agents, casting directors, producers and the like, offering valuable advice and critiques of the performers.

BWW Review: Little Ms. ECHO How Do You Do? Very Well, at Prototype 2018
by Richard Sasanow - Jan 21, 2018
By the time you read this, another year's edition of PROTOTYPE--New York's two-week festival of new opera-theatre/music-theatre works different from most anything you've ever seen before--will be gone and it was another to be grateful for. The last event on my list was a totally original and stunning, immersive piece called THE ECHO DRIFT, with a scintillating score composed by Mikael Karlsson, and a brilliant environmental production by Elle Kunnos de Voss in their first collaboration.

Scoop: Coming Up On BLUE BLOODS on CBS - Today, February 23, 2018
by BWW News Desk - Feb 23, 2018
Get all the scoop on Coming Up On BLUE BLOODS, airing on CBS today, February 23, 2018!
Anna Deavere Smith Receives George Polk Award for Journalistic Work in NOTES FROM THE FIELD and More
by BWW News Desk - Feb 20, 2017
Long Island University (LIU) has announced the winners of the 68th annual George Polk Awards in Journalism, continuing the University's longstanding tradition of honoring and celebrating the impact of courageous and authentic journalism on our national and global discourse.

THE CHESS PLAYER Reimagines Classic Tale at Edinburgh Fringe
by BWW News Desk - Aug 2, 2017
A battle rages inside prisoner's mind as he struggles against insanity while held in solitary confinement in a Nazi jail. After stealing a book of chess matches, he divides his conscious self into two feuding chess masters.

ALMA Theatre Company Presents YOU ARE MY SUNSHINE
by BWW News Desk - Apr 9, 2018
you are my sunshine - a new play with folk songs …based on a true story by Kelli Kerslake Colaco is a multi-decade (1927-1956) character study of a man of mythic American proportions whose passions and demons lead to tragedy. Narrated in Woody Guthrie-style folk songs - accompanied by Bay Area music favorites Chris Haugen (guitar) and Trevor Marcom (vocals/guitar), the fact-inspired ensemble drama focuses on the search for truth behind a dark family legend vis-a-vis an ancestor and the women and children in his life.

Shocking New Book Exposes Federal Agent Overreach and How Montana Senator Tester Was Elected in a Stunning Voter Scheme
by BWW News Desk - Apr 30, 2018
BWW Review: In BUILDING THE WALL, Playwright Robert Schenkkan Offers a Chilling Call to Action
by Shari Barrett - Apr 3, 2017
A wave of new plays addressing social unrest are now hitting the stages of Los Angeles theaters. Last weekend I saw Pulitzer Prize and Tony Award-winning playwright Robert Schenkkan's BUILDING THE WALL at Fountain Theatre, the first in a series of productions set to take place at theaters across the U.S. as part of a National New Play Network Rolling World Premiere. Written as a reaction to the dawn of the Trump presidency, Schenkkan offers a direct response to his immigration policies, revealing how those policies might lead to a terrifying, seemingly inconceivable, yet inevitable conclusion.
Jackie Adams Relases DOGGERAL
by BWW News Desk - Apr 3, 2017
Jackie Adams has completed his new book 'Doggeral (Urban Ballads)': a gripping collection of urban ballads, which are art songs and poems that hint at oppression, bewilderment, and hate.
The Elmer Bernstein Memorial Film Series Continues!
by BWW News Desk - Apr 26, 2017
The third season of the Elmer Bernstein Memorial Film Series continues on Monday, May 8, 2017 at 7:00 pm with the screening of the 1962 film, Birdman of Alcatraz. Featuring one of Elmer Bernstein's most-memorable cinematic scores, the film tells the remarkable story of a federal-prison inmate, Robert Stroud, who becomes a talented ornithologist and published author while in solitary confinement.
Opera Singer Ryan Speedo Green's Unlikely Story To Be Featured At ERJCC, 4/23
by BWW News Desk - Apr 12, 2017
Ryan Speedo Green rose from a tough upbringing amid the urban wastelands of southeastern Virginia to win a nationwide competition hosted by New York's Metropolitan Opera. Today he is a rising star, performing in Europe's major opera houses and at the Met (Colline in La bohème 2016), where the New York Times declared him “a show stopper.”
« prev  1  2  3  4  5  6 … 16  next »