Meet the Cast of THE FERRYMAN- Now in Previews!
by Julie Musbach - Oct 2, 2018
The Ferryman has come to Broadway hot off its acclaimed West End run. Get to know the cast below as they begin Broadway performances!

BWW Interview: Theatre Life with Rachel Zampelli
by Elliot Lanes - Oct 2, 2018
Today's subject Rachel Zampelli has been living quite the theater life over the years. You most likely have seen her around town in productions that range from classics and modern plays to musicals. She can currently be seen at Signature Theatre in the two-character play Heisenberg playing opposite Michael Russotto. The production runs through November 11th in Signature's Ark space.

BWW Live Chats with THE FERRYMAN Stars Niall Wright & Fra Fee- Watch the Full Conversation!
by BWW News Desk - Nov 9, 2018
Tomorrow, November 9th, (5:00pm EST) BroadwayWorld's Steve Schonberg is getting up close and personal with not one, but two stars of The Ferryman- Niall Wright and Fra Fee.

OWN's New Family Saga, AMBITIONS, Starts Production in Atlanta
by TV News Desk - Nov 13, 2018
OWN: Oprah Winfrey Network announced today the start of production in Atlanta of the new multigenerational family saga “Ambitions,” produced by Will Packer Media in association with Lionsgate and Lionsgate-owned distributor Debmar-Mercury, and starring Robin Givens (“Riverdale,” “The Fix,” “The Bold and the Beautiful”), Essence Atkins (“Marlon,” “Half and Half”), Brian White (“Ray Donovan,” “Scandal”), Kendrick Cross (“Acrimony,”) Brely Evans (“Being Mary Jane”) and Erica Page (“Ozark,” “Bad Dad Rehab”). Multiple award-winning writer/EP Kevin Arkadie (“The Quad,” “New York Undercover”) has joined as showrunner. Created by executive producer/writer Jamey Giddens (“The Rich and The Ruthless”) from an original idea by Packer, “Ambitions” will debut on OWN in 2019, with the pilot episode directed by Benny Boom (“All Eyez on Me,” “Black Lightning”).

BWW Review: Drayton's HOLIDAY INN - A Strong Cast of True Triple Threats
by Mary Alderson - May 21, 2018
Imagine a musical with the warmth of Christmas, the spring colours of Easter, and the fun of dancing turkeys at Thanksgiving!  Drayton's Holiday Inn is an enchanting romp through the calendar with stops at all the major holidays for singing and dancing. What's not to like? Currently on stage in Drayton, the show comes to Grand Bend and Cambridge later this year.

VIDEO: Watch ABC's Trailer For New Series THE FIX
by Stage Tube - May 16, 2018
Attorney and author Marcia Clark co-writes and executive produces a new legal drama about Maya Travis, an L.A. district attorney who suffers a devastating defeat when prosecuting an A-list actor for double murder. With her high-profile career derailed, she flees for a quieter life in Washington. Eight years later when this same celebrity is under suspicion for another murder, Maya Travis is lured back to the DA's office for another chance at justice. This legal thriller is executive produced/co-written by Clark, Liz Craft and Sarah Fain, and is from Mandeville TV and ABC Studios.

ABC Unveils 2018-19 Prime-Time Schedule
by BWW News Desk - May 15, 2018
Coming on the heels of a tremendously successful 2017-18 season that boasts the No. 1 show on television ("Roseanne"), the No. 1 new drama ("The Good Doctor") and the No. 1 reality show launch ("American Idol"), ABC is set to announce a stellar slate of programming for the 2018-19 season. Channing Dungey, president, ABC Entertainment, will unveil the network's new lineup to the advertising and media communities this afternoon at Lincoln Center's David Geffen Hall in New York City.

ABC Reveals 2018 - 2019 Primetime Schedule Including THE ALEC BALDWIN SHOW, ROSEANNE, THE GOOD DOCTOR, & More
by TV News Desk - May 15, 2018
Coming on the heels of a tremendously successful 2017-18 season that boasts the No. 1 show on television ("Roseanne"), the No. 1 new drama ("The Good Doctor") and the No. 1 reality show launch ("American Idol"), ABC is set to announce a stellar slate of programming for the 2018-19 season. Channing Dungey, president, ABC Entertainment, will unveil the network's new lineup to the advertising and media communities this afternoon at Lincoln Center's David Geffen Hall in New York City.

ABC Orders Three New Dramas to Series
by TV News Desk - May 11, 2018
It has been reported that ABC has ordered three new dramas “Grand Hotel,” “Whiskey Cavalier,” and “The Fix” to series.

Fulton Theatre Presents GUYS AND DOLLS & THE THREE LITTLE PIGS
by BWW News Desk - Mar 7, 2018
The nationally regarded Fulton Theatre is proud to present the Broadway classic Guys and Dolls, March 6 through March 31. Explore a simpler time when the stakes of the "game" were your biggest concern in Damon Runyon's streets of New York City.

Matt Bogart, Christiane Noll, and More Lead Cast of SNOW CHILD
by BWW News Desk - Mar 7, 2018
Arena Stage at the Mead Center for American Theater announces the full cast and creative team for the world-premiere musical Snow Child, based on Eowyn Ivey's Pulitzer Prize-nominated novel. Infused with a score that combines Alaskan string band-traditions with contemporary musical theater, Snow Child follows a couple rebuilding their lives in the Alaskan wilderness when they meet a magical and mysterious snow child who transforms them.

De La Haye, Benjamin, Esurouso & More To Perform In CLEOPATRA A Musical In Concert At The Actors' Church, Covent Garden, May 11
by BWW News Desk - Mar 6, 2019
A concert version of the brand new musical 'Cleopatra' will be staged at the Actors' Church in Covent Garden on Saturday May 11 as part of Iris Theatre Company's WorkIn Progress season, co-produced by Cr8tract productions. Epic in scale and intimate in its emotional intensity and with a soaring and lavish score, 'Cleopatra' The Musical focuses on the character of the infamous Queen of ancient Egypt and the conflict between her desire for power and her need to be loved as well as on the dramatic political and war-torn background of the times and the tragedy of the two men (Julius Caesar and Mark Antony) who were doomed by their love for her. 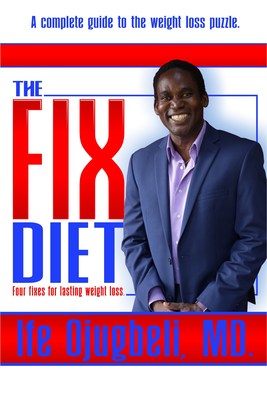 Fat and Forgetful! The Bitter Truth about Sugar and Devastating Consequences of Food Intolerance
by BWW News Desk - Mar 29, 2018

Arje Shaw's MOOLAH Will Make Its New York Premiere at the Roy Arias Stage II
by BWW News Desk - Mar 26, 2018
Jones Street Productions presents the New York premiere of Moolah, a new comedy by Arje Shaw (The Gathering, Magic Hands Freddie). Directed by Charles Messina (A Room of My Own), the limited engagement plays 16 performances only, April 5 - 29 at Roy Arias Stage II (777 Eight Avenue, between 47th - 48th Streets). The official opening night is April 12 at 7:30PM. Tickets are currently on sale at Ovationtix.com.

Comedian Joel Kim Booster To Play The Den Theatre
by BWW News Desk - Mar 19, 2019
Comedian Joel Kim Booster brings his stand-up tour to The Den Theatre for four performances only May 10 - 11, 2019 in The Janet Bookspan Theatre, 1331 N. Milwaukee Ave. in Chicago. Tickets ($25 general admission) are currently available at www.thedentheatre.com, in person at the The Den box office or by calling (773) 697-3830. Ages 18+.

Three New Shows Added To Lineup at Innsbrook After Hours in Richmond, VA
by BWW News Desk - Jun 4, 2018
Innsbrook After Hours has announced that Nelly, Jamey Johnson and Travis Tritt have been added to their summer 2018 lineup at the SERVPRO of Richmond Pavilion. Tickets for all shows are available at www.innsbrookafterhours.com with low dough Early Bird General Admission tickets available for one week.

RLJ Entertainment's UMC, Urban Movie Channel, Launches on Xfinity TV
by BWW News Desk - Jun 20, 2018
Urban Movie Channel (UMC), the first subscription video on demand service (SVOD) created for African American and urban audiences, is now available to Comcast's Xfinity TV customers across the country. A subsidiary of RLJ Entertainment (RLJE), UMC's launch on Xfinity TV marks the first time the SVOD service has been made available on an MVPD set-top box. Featuring top programming in Black film and television, UMC is accessible in the home through Xfinity On Demand and on the go via the Xfinity Stream app and portal. Xfinity TV customers with X1 can use their voice remote and say 'Urban Movie Channel' to pull up the offering, or they'll be able to find it within the Black Film and TV section of Xfinity On Demand. UMC costs $4.99 per month.

Netflix Announces Three New Unscripted Series, THE FIX, WESTSIDE, and SUGAR RUSH
by TV News Desk - Jun 13, 2018
Netflix has announced three new unscripted series coming soon to the streaming giant. Netflix is the world's leading internet entertainment service with 125 million members in over 190 countries enjoying more than 140 million hours of TV shows and movies per day, including original series, documentaries and feature films. Members can watch as much as they want, anytime, anywhere, on nearly any internet-connected screen. Members can play, pause and resume watching, all without commercials or commitments.

What Is Coming And Going From HULU This March
by BWW News Desk - Feb 28, 2019
Here's what is coming and going to Hulu for March!

Next Week at Feinstein's/54 Below: Desmond Child, Luann De Lesseps, Celebrating Leonard Bernstein, And More!
by BWW News Desk - Feb 22, 2018
Next week, FEINSTEIN'S/54 BELOW, Broadway's Supper Club & Private Event Destination, presents some of the brightest stars from Broadway, cabaret, jazz, and beyond. To purchase tickets or for more information, visit www.54Below.com/Feinsteins or call (646) 476-3551.

Cast Announced for Sasha Regan's All-Male IOLANTHE
by BWW News Desk - Apr 4, 2018
A dynamic all-male cast have been announced for the return of Sasha Regan's most critically acclaimed production, Iolanthe - one of Gilbert and Sullivan's most famous operettas.

Photo Flash: In Rehearsal with Sasha Regan's All-Male IOLANTHE
by BWW News Desk - Apr 20, 2018
A dynamic all-male cast have been announced for the return of Sasha Regan's most critically acclaimed production, Iolanthe - one of Gilbert and Sullivan's most famous operettas. Check them out in rehearsal below!

BWW Interview: Tim Lucas Talks Behind-the-Scenes With THE LION KING Puppets
by Janine Angela Martinez - Apr 17, 2018
Director Julie Taymor made the importance of having the animals, which play a big part in the story, represented through costumes, masks, and puppets when it was first being put to the stage in 1997. Taymor also devised a concept to theatrically represent the story and heart of show on stage with what she called the 'double event.' The double event is the representation of the animals through the costumes, puppets, and masks, but still having the human or the actor visible to the audience.