Lineup Announced for The 2017 International Tmu-na Festival
by BWW News Desk - Sep 8, 2017
The 2017 International Tmu-na Festival will be 16 days (October 23 - November 7, 2017) of works in the fields of theatre, performance, dance, music and plastic arts and its theme is 'Encounters'.
The Drama Club Presents the Premiere of THE INCIDENT
by BWW News Desk - Sep 15, 2016
After the successful premiere of Faust last fall, The Drama Club (TDC) returns with a new work by Dallas native Terry Vandivort. The Incident is a harrowing, real-life account that begins on a cold night in Dallas in the late 1970's.

A New Show About the Plight of Syrian Refugees Tours Bay Area
by BWW News Desk - Sep 13, 2017
Golden Thread Productions, the first American theatre company devoted to the Middle East, presents the West Coast premiere of Amir Nizar Zuabi's Oh My Sweet Land, a tour-de-force solo show based on interviews with Syrian refugees in Jordan. Instead of staging the play in a theater, Golden Thread will present the show in kitchens around the Bay Area with performances followed by food sharing and community conversations. Directed by Founding Artistic Director Torange Yeghiazarian and starring Golden Thread favorite Nora el Samahy. Oh My Sweet Land performs on October 12 22, 2017 at venues including private homes and restaurants like Reem's and Birba with most venues having as little as 20 seats.
National Museums Scotland Programmes To October 2017
by BWW News Desk - Sep 1, 2016
The following are the exhibitions and displays of the National Museums in Scotland until October. These exhibitions will be in multiple museums in Scotland, including National War Museum, ranging from child exhibits to adults. 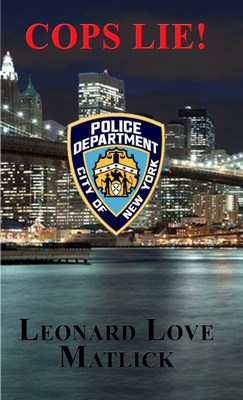 Fulton Theatre Opens SLEUTH This Month
by BWW News Desk - Oct 2, 2017
The nationally regarded Fulton Theatre is proud to present the classic stage mystery Sleuth, October 3 through October 29. Join us and get caught up in the game that is sure to have you asking yourself where does imagination end and the reality begin?
Rhyme Town to Return to 59E59 Theaters in THE CITY THAT CRIED WOLF
by BWW News Desk - Oct 18, 2016
59E59 Theaters welcomes the return of Rhyme Town when THE CITY THAT CRIED WOLF, written by Brooks Reeves and directed by Leta Tremblay, returns for State of Play Productions' 10th Anniversary season.

Photo Flash: In the Kitchen with Tour-de-Force Solo Show OH MY SWEET LAND
by BWW News Desk - Oct 11, 2017
Golden Thread Productions, the first American theatre company devoted to the Middle East, presents the West Coast premiere of Amir Nizar Zuabi's Oh My Sweet Land, a tour-de-force solo show based on interviews with Syrian refugees in Jordan. Instead of staging the play in a theater, Golden Thread will present the show in kitchens around the Bay Area with performances followed by food sharing and community conversations.

Harrison Ford Narrates Documentary TOXIC PUZZLE - HUNT FOR THE HIDDEN KILLER
by Movies News Desk - Aug 1, 2017
Harrison Ford attended the Jackson Hole premiere of “Toxic Puzzle – Hunt for the Hidden Killer” on July 31, 2017 at the Center for the Arts in Jackson, Wyoming.
Political Satirist Beth Schaefer Pens New Book to Make Fun of Presidential Candidates
by BWW News Desk - Apr 27, 2016
Political satirist and author Beth Schaefer makes fun of the leading candidates for president in her elaborately illustrated 2016 Election Collector's Edition.
SAMANTHA SPADE, ACE DETECTIVE Concert Event Comes to 54 Below
by BWW News Desk - Apr 23, 2017
Feinstein's/54 Below, Broadway's Supper Club, presents Samantha Spade, Ace Detective, a film-noir-detective-story-musical (in black and white), on April 25, 2017 at 7:00pm. Originally written for young people to perform at TADA! Youth Theater, this one-time concert event features a grown-up Broadway cast, including Tony nominees Adrienne Warren (Shuffle Along) as Veronica Venus and Marc Kudisch (Finding Neverland, Hand to God) as the villainous Greenstreet, along with Caitlin Kinnunen (Bridges of Madison County, The Prom) as Samantha
LINCOLN'S BODYGUARD Now Available in Trade Paper
by BWW News Desk - Apr 20, 2016
The Story: In Lincoln's Bodyguard, an alternative version of American history, President Lincoln is saved from assassination. Though he prophesied his own death-the only way he believed the South would truly surrender-Lincoln never accounted for the heroics of his bodyguard, Joseph Foster. A biracial mix of white and Miami Indian, Joseph makes an enemy of the South by killing John Wilkes Booth and preventing the death of the president. His wife is murdered and his daughter kidnapped, sending Joseph on a revenge-fueled rampage to recover his daughter. When his search fails, he disappears as the nation falls into a simmering insurgency instead of an end to the War. Years later, Joseph is still running from his past when he receives a letter from Lincoln pleading for help. The President has a secret mission. Pursued from the outset, Joseph turns to the only person who might help, the woman he abandoned years earlier. If he can win Molly over, he might just fulfill the President's urgent request, find his daughter, and maybe even hasten the end of the War.
AMAZON ADVENTURE Film Coming to IMAX Screens/Smithsonian World Premiere Today
by BWW News Desk - Apr 18, 2017
SK Films, an award-winning producer and distributor of natural history entertainment, and HHMI Tangled Bank Studios, the acclaimed film production unit of the Howard Hughes Medical Institute, announced today the IMAX/Giant Screen film AMAZON ADVENTURE will launch on April 18, 2017
Columbia MFA Theatre Program presents New Plays Festival
by BWW News Desk - Apr 13, 2017
Columbia Stages presents eight new plays written by the Columbia MFA playwriting class of 2017. All of the plays will be performed at The Ford Studio at Pershing Square Signature Center (480 W 42nd St. New York, NY 10036). The esteemed faculty who have cultivated these students, including Pulitzer Prize winner Lynn Nottage, Charles L. Mee, and Kelly Stuart, invite you to experience these innovative new plays.
James Lecesne's THE ABSOLUTE BRIGHTNESS OF LEONARD PELKEY Coming to Bay Street This Summer
by BWW News Desk - Apr 13, 2016
Bay Street Theater will welcome THE ABSOLUTE BRIGHTNESS OF LEONARD PELKEY as a Special Mainstage Bonus Production this summer. The one-man play will run one week only from July 18 through July 24.
« prev  1  2  3  4  5  6  7 … 21  next »