This Twitter thread started by the divine @charIottebronn is giving me Broadway love and life.

How would Ivo van Hove ruin your favorite show?

How would Ivo van Hove ruin your favorite show?

I was thinking, "Well, he can't ruin it any more than Arthur did..."

There is so much backlash all over social media right now, and rightfully so.

By joining forces with John Doyle and co-directing FOLLIES. Everyone would be dressed is street clothes and the follies numbers would be performed against a bare background while the cast plays their own instruments.

Next he's staging Evita on an all-white set, naturally, cutting the balcony scene and focusing on Magaldi.  Eva gets a passing mention in Magaldi's Act 2 closer Do Cry For Me Music Theatre.

Of course, no interval

I want to see him reimagine Fiddler on The Roof where Tevye is a grocery store owner in Tegucigalpa, Honduras and the village is forced to emigrate when the boss of the local drug cartel orders them all out.

I would still like to know how the Ivo Angels in America even came to be. I would love to ask Tony Kushner about it. I am really glad I saw it, but it was Ivo van Hove's Angels in America and not Tony Kushner's at all.  I absolutely would have asked Mr. Kushner himself, but he kept a strategic cell phone at his ear during the dinner break. Sure, let's drop the scene at the Bethesda Fountain at the end. Let's end it with Prior telling Louis he can't come back. But how did it come to pass?

I left after the break. Kinda regret it, kinda don’t.

Updated On: 11/9/19 at 08:35 PM
JBC3
Profile
Broadway Star
joined:4/9/17
Broadway Star
joined:
4/9/17
How would Ivo van Hove ruin your favorite show? (Twttter thread)#14
Posted: 11/9/19 at 9:38pm
FindingNamo said: "I would still like to know how the Ivo Angels in America even came to be. I would love to ask Tony Kushner about it. I am really glad I saw it, but it was Ivo van Hove's Angels in America and not Tony Kushner's at all. I absolutely would have asked Mr. Kushner himself, but he kept a strategic cell phone at his ear during the dinner break. Sure, let's drop the scene at the Bethesda Fountain at the end. Let's end it with Prior telling Louis he can't come back. But how did it come to pass?"

There is at least one YouTube conversation between the two of them talking about Angels.

sparksatmidnight
Profile
Understudy
joined:1/26/19
Understudy
joined:
1/26/19
How would Ivo van Hove ruin your favorite show? (Twttter thread)#15
Posted: 11/9/19 at 10:00pm
He would announce some changes that could actually make sense once I see the whole production but then people would be overly dramatic because of it, forgetting that maybe not everything has to be some drama espectacle to spice up their boring lives and I'd do such a hard eyeroll that my head wouldn't be able to hold to pressure and explode

Some posters are breaking the rules though: itâs what would be cut, and how the remaining text would be staged in the most outside the box way possible.

My favorite one so far is Harvey actually appearing onstage and being played by a guy in a rabbit suit, lol.

How about Sweeney Todd and thereâs no ensemble, no orchestra, and the whole thing takes place - vaguely - in an old timely insane asylum. Oh wait, John Doyle did that already.

In fairness to Doyle, if you take out the actor/musician nonsense, the idea of a Sweeney a la Marat/Sade, with the inmates play-acting the events which run on a loop in the traumatized mind of Toby, now confined to an asylum, is pretty solid. (It's also been beaten farther into the ground than any dead horse, sadly.)

I actually think Doyle’s Sweeney was. Great production; and, if I remember correctly, it was highly acclaimed. I didn’t like Doyle’s version of Color Purple any more than the original. Like some, not others.

The more I read about WSS, the more I nterested I am in seeing it. I would have said I am sick of WSS, just as I would have said that I hate Oklahoma, despite the great score. After seeing the current Oklahoma, I have a new found appreciation for the show, and can’t stop playing the OCR (who knew OK could be so sexy?). For that reason, I now want to see WSS...personally, I think it is great to give a new vision to old warhorses. Who cares if you don’t religiously capture every bit of minutiae associated with the original production; times change and tastes change. I say ‘go for it’, knowing that it will not always work. We need another old recreation of Oklahoma and WSS like we need leprosy.

i am thinking that, if it works, maybe he can do Gypsy next and leave out Little Lamb and All I Need is the Girl (and maybe abbreviate the vaudeville numbers that I am so sick of).

HAIRSPRAY. Tracey imagines the whole show from her hospital bed where she’s recovering from an eating disorder gone wrong. Her mother appears to her as a man in drag to cope with the sexual abuse she faced as a young girl. Every song other than those referencing food and segregation is cut. No interval.

The Distinctive Baritone
Profile
Broadway Legend
joined:8/28/04
Broadway Legend
joined:
8/28/04
How would Ivo van Hove ruin your favorite show? (Twttter thread)#21
Posted: 11/10/19 at 6:36pm
I know Doyleâs Sweeney Todd was mostly well-received, with Doyle winning a Tony Award. But some people hated it - including me. Thatâs what happens with radical interpretation productions. You often see with with Shakespeare, but doing it with Arthur Miller, Henrik Ibsen etc. and now musicals is a relatively new phenomenon, I think. Iâm not against it at all - I feel like we NEED to do this with the classics. This West Side Story could be amazing, but like many productions of its kind, audiences will either think itâs brilliant or that it ruins the play.

Iâm not sure Broadway is the best place for these âexperiments.â The Sweeney Broadway revival was the first in my lifetime and I probably would have hated it less if it was a small regional production and not a much-anticipated Broadway revival of my favorite musical.

bwayobsessed said: "The fact that people are claiming he’s ruined it when they haven’t seen it is absurd"

I totally agree with this!! While there's nothing you can do to change casting (I am FURIOUS over Amar's casting, but there's nothing we can do), otherwise, these people are complaining, whining, kvetching over a production they haven't even seen yet. Don't support a cast member? Think because of that it will ruin your experience in seeing the show? Don't see it! But don't shame and ridicule those who are interested. It's that simple. Honestly, they have got to take a step back. It's enough. 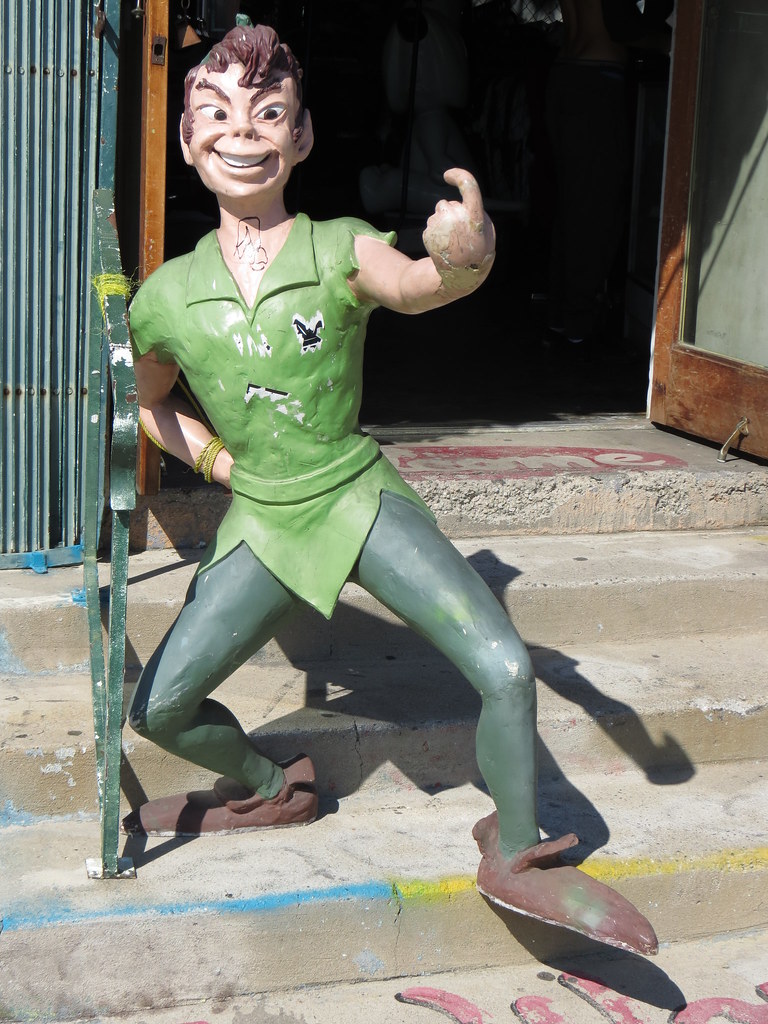 Ivo Van Hove's "Into The Woods". There's no Act 2 and Jack is cut. The Witch is played by Amar Ramasar.

This one cracked me up:

A one-person She Loves Me performed entirely on one note. Starring Kevin Spacey.

Also, I don't have Twitter so I'm asking here: does anyone know why people are saying his work is sexist (apart from casting Amar Ramasar)? They mentioned the commercials, which I haven't watched. Thoughts?

TV: What Is ALL THE NATALIE PORTMANS All About? The Company Explains!

New Jersey: TV: Sing Along to the Best of Andrew Lloyd Webber in Sneak Peek of Paper Mill's UNMASKED!